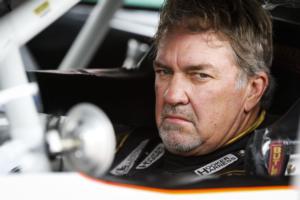 Wallace has competed in both of the previous Short Track U.S. Nationals races, finishing fifth in the inaugural year and 18th last year after an electrical issue ended his night after 87 laps.

Wallace, the son of NASCAR legend Rusty Wallace, was quickest in the second session and third in the first session, but posted his quickest lap of the day with a third-quickest effort in the third session, a time of 14.628 seconds in his No. 66 Super Late Model machine.

Florida young gun Stephen Nasse also was among the top-three in each of the practice sessions, and posted the quickest lap of the day in Super Late Model in the final session with a 14.571 second effort. Trey Bayne, the younger brother of 2011 Daytona 500 winner Trevor Bayne, was quickest in the first session and second in the second session in his first race at BMS.

Saturday's racing will include practice sessions for all divisions starting at 11 a.m., followed by group qualifying for all classes at 1:30 p.m. Racing starts at 5 p.m. highlighted by 100-lap Super Late Model and Pro Late Model races and 50-lap features for Street Stock and Compacts.

Tickets are available for Saturday's racing by calling (866) 415-4158 or by visiting www.bristoltix.com.