Bristol Motor Speedway Puts Fans Closer To The Action Than Ever Before With Bigger, Bolder Pre-Race Ceremony 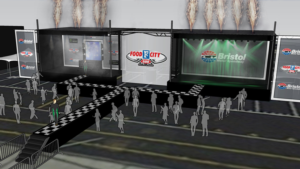 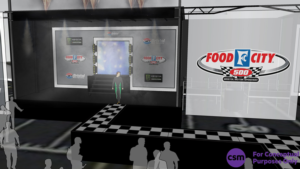 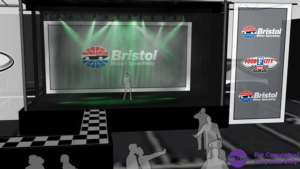 Bristol Motor Speedway officials are inviting NASCAR fans to get closer than they've ever been before to experience a bigger, bolder and louder pre-race pit party that will showcase country music superstar Randy Houser and provide the official kick-off for the Food City 500 on Sunday, April 7th.

The dynamic pre-race show will introduce NASCAR's Monster Energy Cup Series drivers and amplify their entrance into The Last Great Colosseum behind a pumped-up backdrop of brilliant pyrotechnics, billowing smoke and energized music. Fans who purchase the add-on pass to the exclusive BMS Pre-Race Pit Stop will have a front and center view of all the pre-race activities, and will be able to give high-fives to their favorite drivers as they are introduced.

A brand new double-stage setup will be anchored by an extended walkway, all centered along a large footprint area in the pits that parallel the BMS frontstretch. The modern stage configuration will allow for hundreds of fans to gather around and become an integral part of the pre-race festivities.

The new pre-race concept was inspired during an off-season Twitter conversation between NASCAR star Clint Bowyer and SMI CEO Marcus Smith. Bowyer tweeted to Smith that he wanted to see more flames, smoke and dazzle during Bristol pre-race activities and Smith told him without hesitation that The World's Fastest Half-Mile would be happy to oblige.

"We can't wait to unveil our new pre-race package to our guests on Sunday at the Food City 500," said Jerry Caldwell, executive vice president and general manager of Bristol Motor Speedway. "The BMS team has long been innovators on many fronts in NASCAR and we think fans and drivers alike will enjoy what we have in store for them during our bigger, bolder and louder pre-race ceremony.

"We certainly think our good friend Clint Bowyer will approve."

Country music favorite Houser will ignite the pre-race festivities with his robust sound. The Mississippi native has scored several No. 1 songs during his nearly two decade career in Nashville. His hits include "How Country Feels," "Running Outta Moonlight," "Goodnight Kiss," "Like a Cowboy" and "We Went."

"Randy Houser has one of the most distinctive voices in country music and we are honored to have him set the tone as the opening act for our Pre-Race Pit Stop at the Food City 500," Caldwell said. "We feel like his booming vocals will provide the perfect launch to the new BMS pre-race experience."

Houser's latest hit, "What Whiskey Does," was released last November on his latest album titled Magnolia, and has moved up the charts. Houser recently performed the song live on The Tonight Show Starring Jimmy Fallon.

"Excited to be coming to Bristol Motor Speedway to perform at the Food City 500," Houser said.  "NASCAR fans are known for their passion; every time we play a NASCAR event their energy is incredible!"

Bristol Motor Speedway officials are making it easier than ever for kids to have an awesome experience. You'll also want to check out BMS' new teen and college ticket pricing programs. Kids' tickets (12 and under) are free and adult tickets are $10 for Friday's (April 5) Bush's Beans Pole Day. On Saturday (April 6), kids' tickets are free and adult tickets start at $30 for the Alsco 300 NASCAR Xfinity Series race and the Zombie Auto 150 NASCAR K&N Series event. On Sunday (April 7) adult tickets start at $50 for the Food City 500 and kids' tickets are $10. For all races, each child must have a physical ticket in hand to enter the gates. The Bristol Motor Speedway ticket office is the only authorized location that can produce the free kids' tickets. For a limited time, adult grandstand tickets can also be purchased directly from any neighborhood Food City store.