Blaney and Truex racing to make the Playoffs; could join elite BMS Trifectas with a Bristol Cup victory at America's Night Race

Martin Truex Jr. drives the flagship Bass Pro Shops No. 19 and will be looking to earn his first BMS NASCAR Cup Series victory at the Bass Pro Shops Night Race, Sept. 17 at the iconic short track. 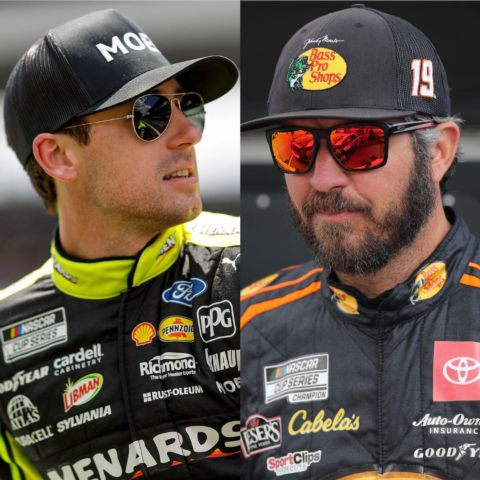 Ryan Blaney (left) and Martin Truex Jr. could become the latest member of the BMS Trifectas with a victory at the Bass Pro Shops Night Race, Sept. 17 at Bristol Motor Speedway. 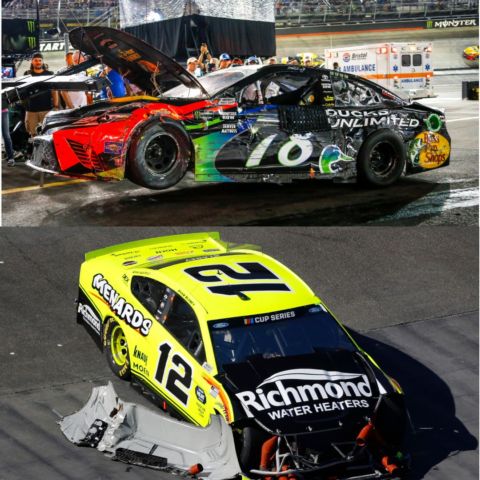 Although both have earned Xfinity and Truck series victories at BMS, Martin Truex Jr. (top) and Ryan Blaney have had challenges getting to the Winner's Circle in the NASCAR Cup Series at the demanding all-concrete high-banked half mile oval. 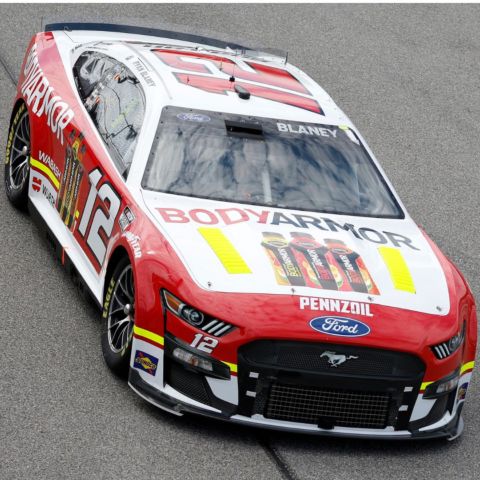 Ryan Blaney pilots the famed No. 12 entry for Team Penske and has claimed Truck and Xfinity wins at BMS in the past. With a Cup win at the Bass Pro Shops Night Race he could become the sixth driver in NASCAR history to earn Bristol victories in all three major touring series. 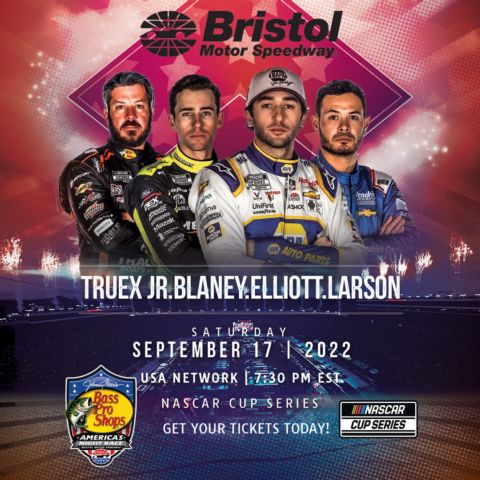 In the NASCAR Cup Series world the spotlight is shining directly on Ryan Blaney and Martin Truex Jr. at the moment.

The two Cup Series veterans are at the front of a pack of drivers who are working hard to qualify for the NASCAR Round of 16 Playoffs, which begins at Darlington, S.C., on Labor Day weekend, and finishes two weeks later at Bristol Motor Speedway on Sept. 17. The Bass Pro Shops Night Race is once again a much-anticipated Playoff elimination race that will be held under the lights on the all-concrete high-banked half-mile where we will see the end of championship hopes for four of the 16 drivers.

Following racing last weekend at Richmond, Virginia, Blaney is holding down the 16th and final Playoff transfer spot. Truex sits just outside the cut off line at 17th. Neither Blaney nor Truex are currently included in the Playoff-era record 15 winners so far in the regular season, yet both are hoping to qualify for the Playoffs, either by winning one of the final two regular season races over the next two weeks, or advancing by virtue of points standings.

Both drivers have accumulated lots of stage wins and Playoff points and have been in contention during several races. However, this season, which saw the debut of the new Next Gen car and has featured five first-time winners, has been anything but routine. Both drivers are planning to give it everything they’ve got at Watkins Glen (Aug. 21) and Daytona (Aug. 28) to advance to the post-season.

Truex, the 2017 NASCAR Cup Series champion with 31 career Cup Series victories, says as a driver you just have to be prepared to put it all on the line.

""You just go out and fight, man,” said Truex, who has compiled an impressive season resume of three top-fives, 11 top-10s and seven stage wins. “You go give it all you got. There are no magic triggers. Just go trying to figure it out and work hard and race hard and see what we can come up with.

“It’d be disappointing with the season we’ve had to not make it.”

Said Blaney, who posted a seventh-place finish at Richmond and has had eight top-fives, 12 top-10s and 5 stage wins on the year: “You never know what could happen. You could have a bad day next week or the next two weeks, you could have a new winner one of those weeks. You just never know... Just one race down and proud of the effort we had and try to do the same thing next week.”

Interestingly, whether they qualify for the Playoffs or not, both drivers will head to the Bass Pro Shops Night Race with an intriguing subplot storyline. Both have an opportunity to join an exclusive club at the iconic bullring.

In BMS’ 62-year history, only five drivers have scored BMS victories in all three of NASCAR’s top-three touring series: The NASCAR Cup, Xfinity and Camping World Truck series. The short list includes Kyle Busch, the winningest NASCAR driver in BMS history with 23 wins across all three series, Carl Edwards, Kevin Harvick, Mark Martin and Brad Keselowski. Martin became the first member of the club when he won a Truck race at BMS in August of 2006.

Yes, its an exclusive fraternity that’s being referred to as the BMS Trifectas. If either Blaney or Truex wins the Bass Pro Shops Night Race, they would become a member of that impressive group.

Truex raced to an Xfinity Series win at BMS in the spring of 2004, then made history by winning the Pinty’s Truck Race on Dirt in 2021.

Neither driver has had much luck at Bristol in their Cup Series pursuits. Blaney has a career best finish of 4th at Bristol, while Truex has a best Cup effort of 2nd in the 2011 Night Race. However, from 2012-2020 Truex has been snake-bit at Bristol, managing only one top 10 finish at the unique and demanding oval that’s been called the “Holy Grail of Short Tracks.”

Truex, who pilots the flagship Bass Pro Shops No. 19 machine for Joe Gibbs Racing, says his relationship with Bristol in the Cup Series has been complicated.

"I enjoy racing there and we’ve had some great cars, but for whatever reason, we have had no luck whatsoever on the Cup side," Truex has said. "Whether it’s flat tires, loose wheels, speeding penalties, getting caught up in crashes, you name it and it’s happened to us at Bristol. So, from that standpoint, it hasn’t been our best track, but we’re capable of running well there if we can just have a smooth night."

Truex says he’s ready for his luck to change at the fan-favorite venue in the Appalachian Highlands region of Northeast Tennessee.

“We all know the odds favor the track at Bristol, so that’s why we have to race smart and not make any unforced errors,” Truex has said. “We’re due for something good to happen at Bristol.”

In the 2020 Food City Supermarket Heroes 500 Blaney saw one of his best chances to win a Cup trophy at Bristol taken away in an instant. He was among the leaders when he crashed hard between turns one and two.

“I thought we were gonna be OK and then we got destroyed about six seconds later, so that’s just Bristol and a part of Bristol,” Blaney said at the time. “I probably shouldn’t have been pushing that hard, but trying to get back to the lead. I thought we found some speed up there, just a mistake on my part… It’s just one of them things at Bristol. Things happen fast and just couldn’t get slowed up enough.”

THE BMS TRIFECTAS CLUB (Active drivers only; bold shows year of entry into club; Kyle Larson and Joey Logano need a Truck win at BMS to enter the club but are not eligible to compete in the upcoming UNOH 200 Truck Series race)