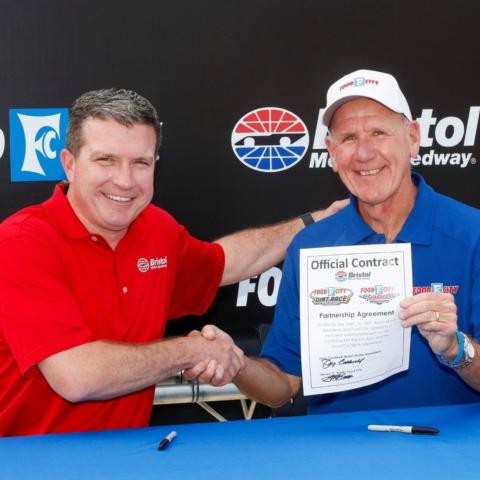 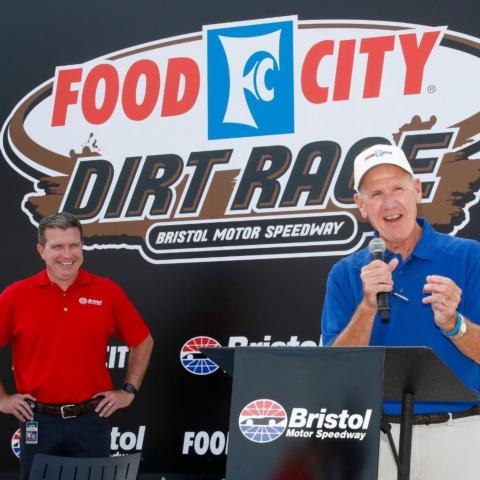 As part of the multi-year agreement, the Food City Dirt Race will be held under the lights on April 17, Easter weekend in 2022, and the Food City 300 has been the Xfinity Series regular season finale in recent years during the Bristol Night Race weekend in September.

The relationship will celebrate a milestone 30th anniversary in 2022, the second longest NASCAR event entitlement in the sport’s history, behind the Coca-Coca 600 at BMS sister track Charlotte Motor Speedway in North Carolina.

“We are so blessed to have amazing partners like Food City that have become more like family than business colleagues throughout the years,” said Jerry Caldwell, executive vice president and general manager, Bristol Motor Speedway. “We will celebrate a special milestone of 30 wonderful years with Food City in 2022 and it is fitting that we are extending this multi-year agreement. To Steve Smith and all of the employees at Food City we appreciate all of their efforts and support over the years and we look forward to the next chapter of this long-lasting relationship.”

Through its affiliation with Bristol Motor Speedway, Food City has also been involved in many other events throughout the years, including music concerts, specialty events, holiday light shows, football games and charity events. The two companies also often partner to assist those in need as evidenced by the recently announced supply drive for those affected by the devastating flooding in Hurley, Va. Race guests interested in donating unused cleaning supplies or canned items may drop them off at either Guest Welcome Village during the event weekend. In addition, Food City stores throughout its five-state service area and the Appalachian Highlands region have served as major outlet where Bristol Motor Speedway event tickets can be purchased.

“Bristol Motor Speedway is a key economic engine for our entire region, spotlighting the wonderful Appalachian Highlands community that we are so proud to be a part of,” said Steven C. Smith, Food City president and chief executive officer. “Many people come to know our area by visiting Bristol Motor Speedway. The team at BMS shares our commitment to exceeding race fan expectations and providing a premier experience for their loyal patrons. Food City is certainly proud to be Bristol Motor Speedway’s longest running sponsor and the second longest in NASCAR motorsports. Partnerships like this certainly wouldn’t be possible without the support of our almost 18,000 Food City teammates and the loyal customers throughout our five-state market area.”