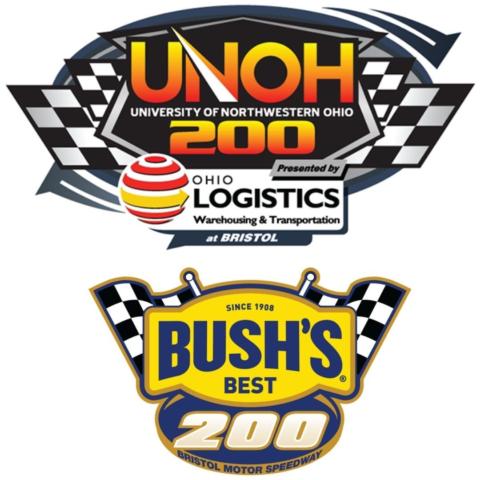 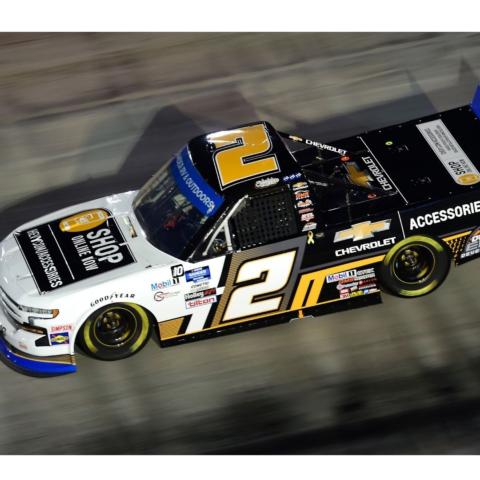 Defending Camping World Truck champ Sheldon Creed has claimed two wins in the Playoffs so far and is looking for his third victory in a row Thursday at BMS in the UNOH 200 presented by Ohio Logistics. 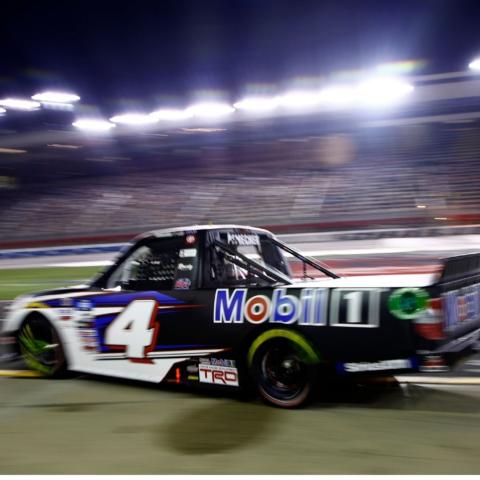 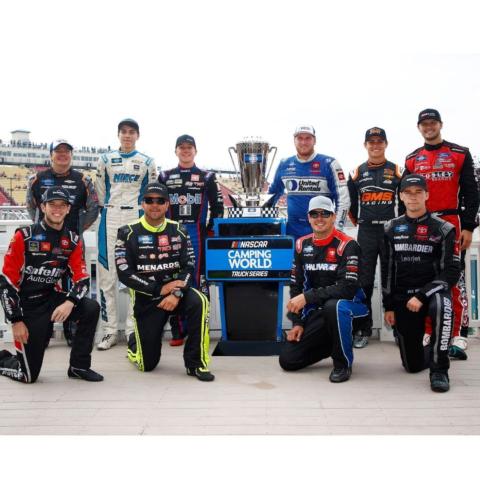 The Camping World Truck Series playoff field are set to compete in the UNOH 200 presented by Ohio Logistics Thursday at BMS. 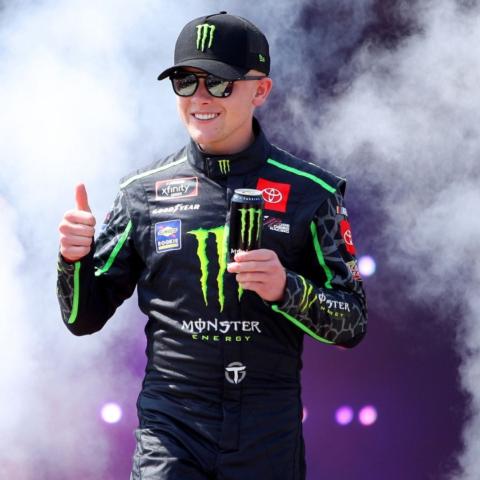 Ty Gibbs is looking for his 10th ARCA Menards Series win of the season in the Bush's Beans 200.

John Hunter Nemechek proved to be the class of the Camping World Truck Series regular season, winning five times in his Kyle Busch Motorsports machine, but once the Playoffs began defending champ Sheldon Creed has quickly emerged as the front-runner by taking checkered flags in the first two races of the post-season.

Creed heads to Bristol Motor Speedway for the UNOH 200 presented by Ohio Logistics on a mission to sweep the opening round of Playoff races in his No. 2 GMS Chevrolet Silverado. The race, which takes the green flag at 9 p.m. ET and will air on FS1 and MRN Radio, is the second of a Thursday night doubleheader on the all-concrete high-banks that will also feature the ARCA Menards Series Bush’s Beans 200.

“Way to start off the Playoffs,” Creed said following his victory at Darlington. “We’ve had a tough season, but we’re finding it at the right time. It feels so good to go back-to-back wins.”

Creed’s up and down regular season included six top-fives, but also four finishes that were 32nd or worse. The California native knows he can’t afford efforts like that in the Playoffs if he is going to defend his series crown. He says the team has deployed a new Chevy for the Playoffs and it has immediately paid dividends.

“We’ve been working hard all year and obviously haven’t had the speed at times and I’ve made mistakes at times," Creed said. "But we were able to build this brand-new truck and I feel like we’ve taken everything we’ve learned this year and applied it.”

Meanwhile, his top rival for the championship, Nemechek, finished 22nd in St. Louis to open the playoffs, but rallied to get back in the game at Darlington by posting a second-place finish. He was reeling in Creed in the closing laps on the tricky egg-shaped oval in South Carolina but ultimately ran out of laps.

The second-generation racer hopes to get his championship drive back into focus with a strong run in his No. 4 pickup at Bristol. He currently trails Creed by two points.

"We’ll take the momentum, not going to dwell on it,” said Nemechek of his start to the Playoffs. “It’s just one race of the Playoffs and now we’re focused on the next round. Bristol doesn’t mean anything to us other than to go out there and try to win. Then the next round starts and all that focus is on those three races to make it to Phoenix. Eyes on the big trophy at the end of the year.”

Veteran drivers Matt Crafton, Stewart Friesen and Ben Rhodes are holding down positions 3-5 in the Playoff standings and each of them are certainly among the favorites to win at Bristol.

A pair of Series sophomore drivers in Zane Smith and Chandler Smith are currently the two drivers below the cutline heading to Bristol. They will be battling with Todd Gilliland, Carson Hocevar and Austin Hill to claim one of the eight spots available to advance to the next round of the Playoffs.

Chandler Smith, who drives the No. 18 machine for KBM, says anything can happen at Bristol and is ready to hang on for a wild ride and give it his best shot.

“It’s Bristol, that’s the thing about it,” Chandler Smith said. “You can be really good and then a lapped truck can screw you, kind of like they were doing (at Darlington) a little bit and you’re out of it. I feel like we’ll be good, we just have to stay out of trouble.”

Other notables in the field include defending race winner Sam Mayer, who will pilot the No. 32 Chevy, along with NBC pit reporter Parker Kligerman, who will drive the No. 75 truck for local favorite Henderson Motorsports of nearby Abingdon, Va., fan-favorite Hailie Deegan in the No. 1 truck and rising star Josh Berry, who will be at the controls of the No. 25 Chevy for Rackley W.A.R. Racing.

Thursday’s racing at Bristol will open with the Bush’s Beans 200 ARCA Menards Series race at 6:30 p.m. (FS1, MRN Radio). Championship contenders Ty Gibbs and Corey Heim will continue their season-long battle for the series crown when the green flag drops.

Gibbs, the grandson of NASCAR Cup Series team owner Joe Gibbs, leads the point standings with nine victories at the controls of his black and green No. 18 machine, while Georgia native Heim, who drives the No. 20 entry for Venturini Motorsports, has raced to six wins on the season.

Other drivers to watch in the series include Thad Moffitt, grandson of NASCAR legend Richard Petty, and also young guns Nick Sanchez, Drew Dollar, Taylor Gray, Kyle Sieg and Jesse Love, among others.