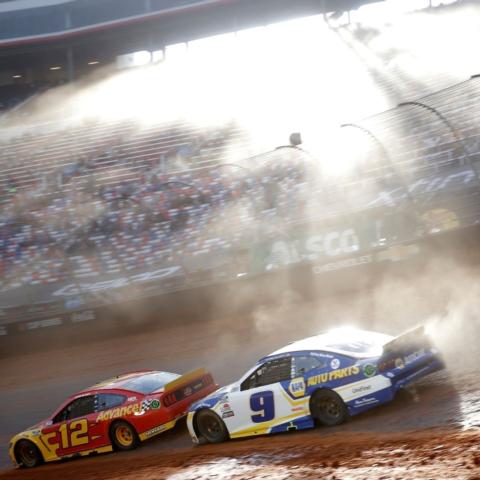 The Food City Dirt Race will be only the 12th NASCAR Cup Series race in history to be run on Easter Sunday when the green flag waves at 7 p.m. ET that evening. It is only the 11th time in history that NASCAR has scheduled a Cup race on the holiday. The last time the Cup Series raced on Easter was in 1989, which was a weather rescheduled event won by Rusty Wallace at Richmond. Interestingly, of the 11 previous Easter races, five were also held on dirt tracks. Prior to this season the last time NASCAR scheduled a Cup race on Easter Sunday was the 1970 season. 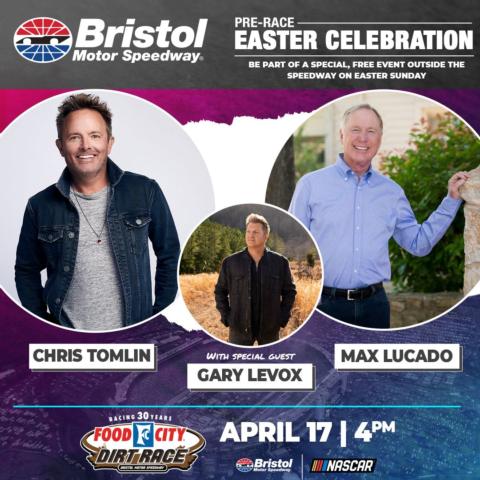 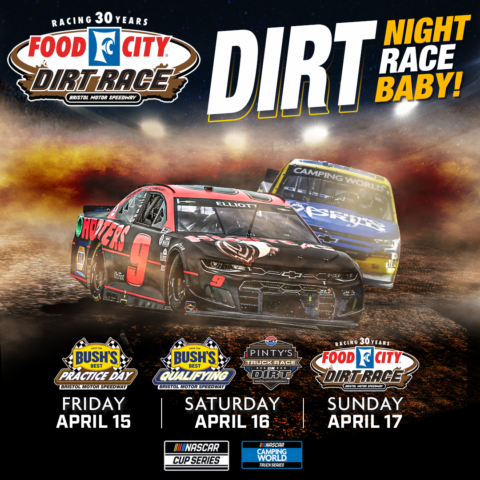 In NASCAR’s modern era (1972-present) the sanctioning body hasn't scheduled a Cup Series race on Easter Sunday prior to this season.

Bristol Motor Speedway, widely known as the “Home to Big Events” will add another major happening to its resume when it hosts the Food City Dirt Race on Easter Sunday, April 17. While the NFL has Thanksgiving, MLB has Independence Day and the NBA showcases its league on Christmas, NASCAR will look to make a major holiday connection with fans on Easter evening with its live television coverage on FOX.

Track and NASCAR officials felt it was important to schedule the race so it would not interfere with any Easter traditions or celebrations and families could focus on enjoying the racing at the end of the day.

“Having it later in the day, and in prime time on Sunday, we want to make sure that fans, families, team members and drivers have the opportunity to celebrate earlier in the day,” said Ben Kennedy, NASCAR senior vice president of racing development and strategy, upon announcement of the schedule last fall. “Then for the fans who want to watch on television at night or may be coming out to the track that evening, the ability to come out and continue to be together and watch NASCAR was important.”

FOX was very interested in having the Food City Dirt Race as a major sports event to provide entertainment for its viewers on Easter evening.

“FOX Sports is thrilled to be able to add to the list of signature televised holiday sports events with the Food City Dirt Race from Bristol Motor Speedway on Easter Sunday night,” said Bill Wanger, FOX Sports EVP, Head of Programming & Scheduling. “Working closely with NASCAR and the speedway, we expect this to be a very special evening.”

The Food City Dirt Race will be the 12th time in NASCAR history that a race will be conducted on Easter. In the sport’s early days the circuit held 10 races on Easter Sunday sporadically, with three in the 1950s, five in the 1960s and one in 1970. The Cup Series has also conducted eight races on the Saturday of Easter weekend, the last coming in 1985. Interestingly, and in a throwback nod to this season’s race, the first five Cup races contested on Easter Sunday were held on dirt tracks.

When first presented with the concept, Speedway Motorsports CEO and President Marcus Smith and BMS President Jerry Caldwell admitted they were a bit hesitant at the prospect of racing on a holiday which has been off the schedule for more than 50 years. However, after much discussion they decided it was actually a wonderful opportunity to spread a very special and important message.

“When the conversations first began, there was some hesitancy about running Easter weekend,” Caldwell said. “The more the conversations went, led by our CEO Marcus Smith, he led us to see it could be a great opportunity for the sport to showcase ourselves on a great weekend when families are together. It also gives us a platform to share a message important to us, love and hope, which we think is desperately needed today. We were eager to get behind this initiative and turn this into something this region could be proud of.”

“It really is another major event on its own,” Caldwell said. “You couple it with the Food City Dirt Race and it sets up an amazing opportunity to share the message of hope and love.  We reached out to a lot of local pastors and worship leaders to understand how we’re trying to complement the Sunday morning traditions for Easter. We believe this will do that.”

While the 1970 Easter race, won by Bobby Allison at Atlanta Motor Speedway, was the last scheduled race on the holiday prior to this year, it wasn’t the last time the sport raced on Easter. In 1989 NASCAR rescheduled a rained-out race from February at Richmond Raceway in Virginia to Easter Sunday. Rusty Wallace took the checkered flag in that race and currently holds the distinction of being the sport’s last Easter winner.

A new driver will claim that title during the Food City Dirt Race on April 17 at Bristol when the green flag drops at 7 p.m. (FOX, PRN Radio and Sirius XM NASCAR Radio).

The weekend starts on Good Friday with Bush’s Beans Practice Day that will have both the NASCAR Cup Series and NASCAR Camping World Truck Series machines on track for two 50-minute practice sessions during the afternoon.

For tickets, please visit www.bristolmotorspeedway.com or call the BMS Ticket Office at (866) 415-4158.

*Race rescheduled from original February date to Easter due to inclement weather.