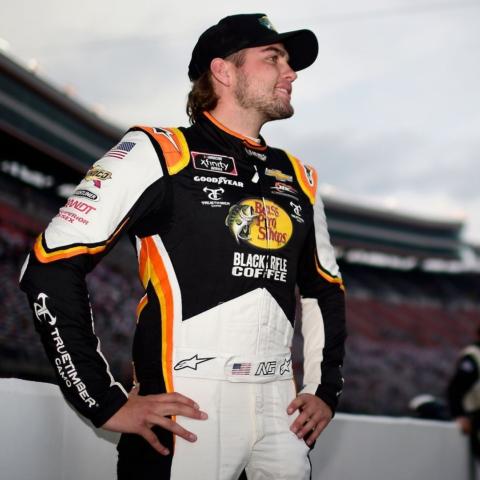 Noah Gragson is looking for his third win in a row this season at Friday night's Food City 300. 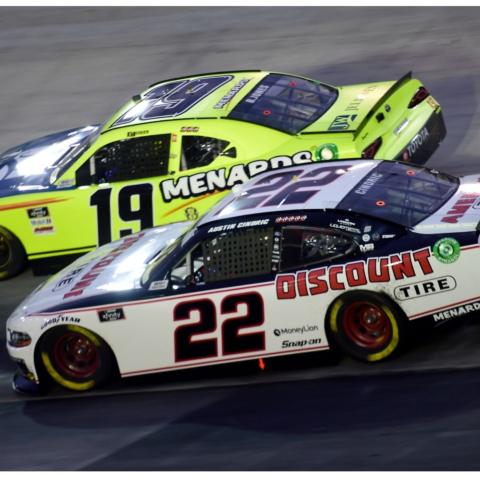 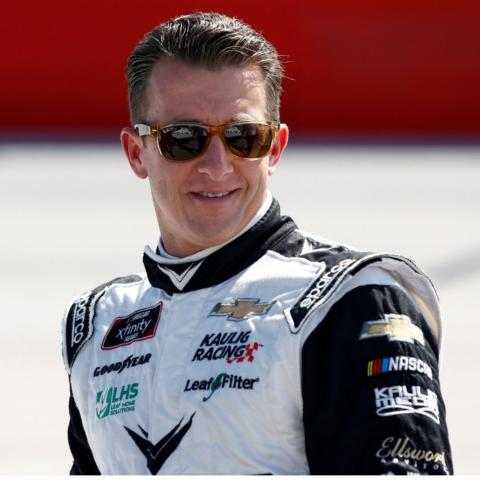 Noah Gragson probably couldn’t think of a better place to bring his two-race NASCAR Xfinity Series winning streak than iconic Bristol Motor Speedway, a track where he’s had success in the past.

Gragson, driver of the No. 9 Bass Pro Shops Chevy for JR Motorsports, will try to push his streak to three in a row Friday night during the Food City 300 (7:30 p.m., NBCSN and PRN Radio) in the circuit’s regular season finale. When the checkered flag falls at Thunder Valley, the 12 championship drivers will be locked into the Xfinity Series Playoffs.

Gragson, who won the delayed Cheddar’s 300 presented by Alsco in 2020 under the lights at Bristol and will start from the pole on Friday night, will try to score another much-needed win at the high-banked all-concrete oval to give his team a full-head of steam heading into the Playoffs.

His wins the past two weeks have come at a tricky Darlington track and this past weekend at Richmond. Those were much-needed breakthroughs for his team this season, which despite posting 10 top-fives have also had a rough time with six DNFs along the way.

“A lot of frustration this year, and things haven’t gone our way,” Gragson said. “But we’re getting some momentum when we need to, and I just can’t thank everybody enough on this No. 9 team.”

Gragson led 55 laps in winning at BMS in 2020, including the final nine laps. He held off Chase Briscoe and Brandon Jones for the win that night and he knows he will need a similar stellar performance to keep his rivals at bay on the World’s Fastest Half-Mile.

While Gragson is trying to secure third or fourth in the final Xfinity regular season standings, defending champ and rival Austin Cindric and current points leader A.J. Allmendinger are in a fierce battle for the regular season crown. Cindric has five wins in his No. 22 Penske ride, while Allmendinger has scored three victories this year in his No. 16 Chevrolet.

Cindric, who hasn’t claimed a victory at Bristol in his six previous starts in his Xfinity Series career, would certainly like to check that item off his bucket-list with a winning effort this weekend before he moves on to the Cup Series full-time next year. If he can get a Bristol trophy and sword, he will earn the Playoff top-seed.

“I certainly have unfinished business at Bristol based on the last year, so I’m pretty hungry for that racetrack,” said Cindric, who led 42 laps of last year’s Food City 300 but was passed by eventual winner Briscoe with five laps to go. “Forget about the points, we’ve got to go out there and try and win the race, so if we can do that, I’ll be pretty happy one way or the other.”

Allmendinger, meanwhile, brings a five-point lead to Bristol and has earned15 top-fives during the year in his return to full-time racing where he has become a formidable opponent in his Kaulig Racing machine. This will be Allmendinger’s second career Xfinity Series start at Bristol. He finished 10th after starting 27th last spring in the Cheddar’s 300. In 21 Cup Series starts at Bristol, Allmendinger has posted only one top 10.

The veteran racer says his team will be ready when they take on the ultra-challenging .533-mile oval that’s been called The Holy Grail of Short Tracks.

“We just have to keep building fast race cars and keep doing what we need to do and finish the regular season off strong, whether that’s the regular season Championship or not,” Allmendinger said. “Other than that, be ready for the Playoffs.”

While nine drivers have secured their spots in the Xfinity Playoffs, the final three spots will be decided at Bristol between Jones, Jeremy Clements, Riley Herbst and Michael Annett, who is currently sitting in the 13th spot.

Several notable drivers without any stake in the Playoffs are also entered in the Food City 300 and will be racing hard for a victory, including Ty Dillon in the No. 23 Chevy, Ty Gibbs in the No. 54 Joe Gibbs Racing machine, Sam Mayer in the No. 8 JR Motorsports Chevy, Jeffrey Earnhardt in the No. 0 JD Motorsports Chevy, and a local fan-favorite from nearby Knoxville, Tenn., Chad Finchum, who will be driving the No. 61 Hattori Racing Enterprises entry.

The weekend will get off to a fast start with a Thursday night doubleheader featuring Camping World Truck Series headliners John Hunter Nemechek, Ben Rhodes and defending champ Sheldon Creed battling for the win in the UNOH 200 presented by Ohio Logistics playoff elimination race (9 p.m., FS1, MRN Radio). The rising stars in the ARCA Menards Series, including Gibbs, Corey Heim and Thad Moffitt, also will take on the challenging half-mile oval in the Bush’s Beans 200 (6:30 p.m., FS1, MRN Radio).