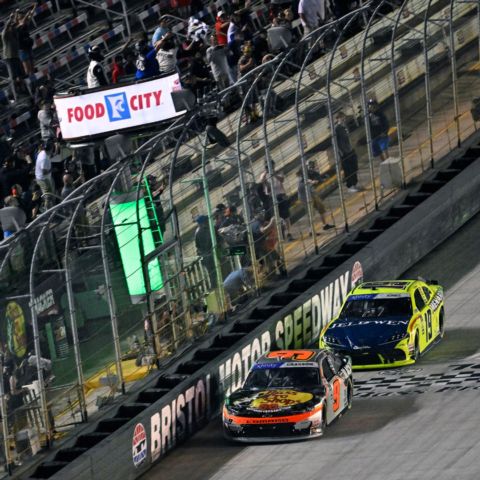 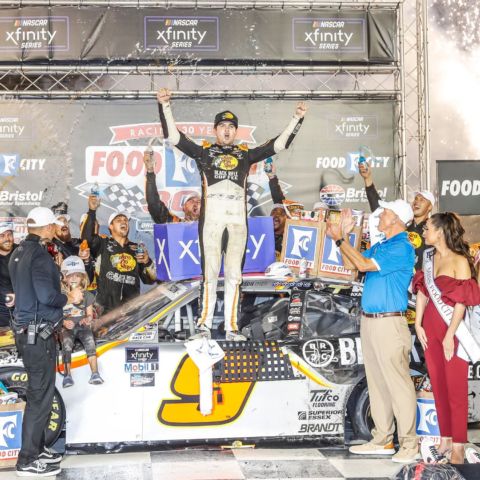 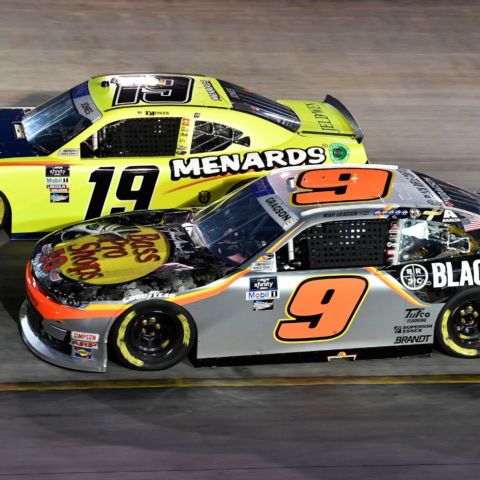 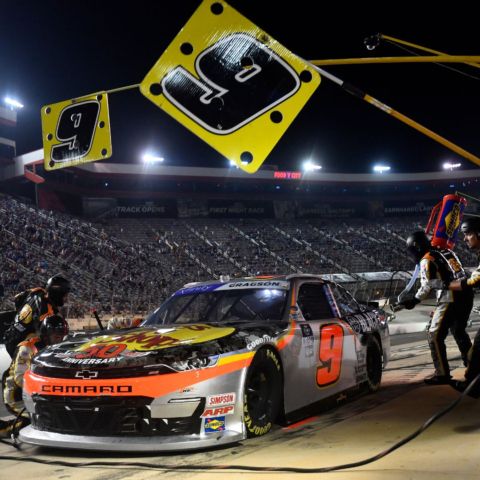 Noah Gragson earned his second Bristol Motor Speedway victory in the NASCAR Xfinity Series Friday by claiming the trophy in the Food City 300. The victory was his third in a row and sixth of the season. 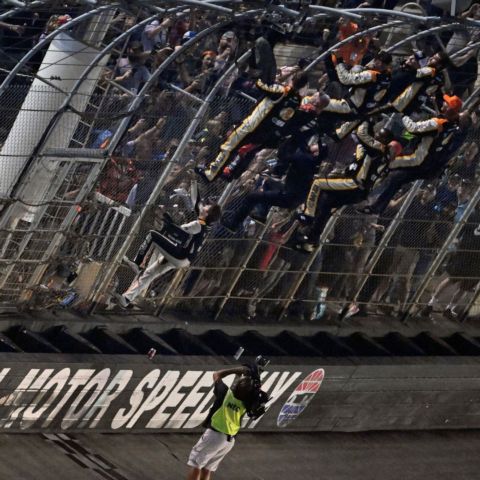 After winning Friday's Food City 300 Noah Gragson and his team climbed the frontstretch fence at Bristol Motor Speedway to celebrate. 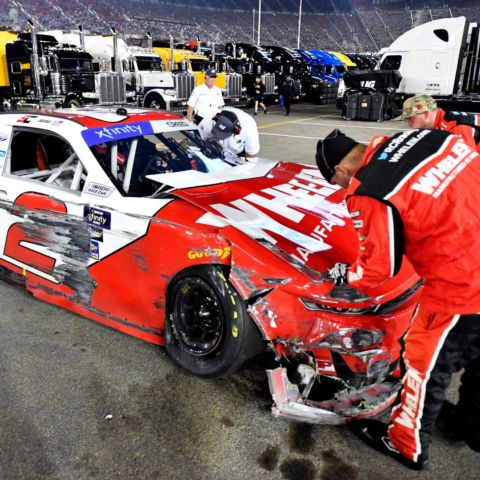 Sheldon Creed, who led early in the Food City 300, saw his Xfinity Series Playoff hopes come to an end when he was caught up in a crash with Ty Gibbs on lap 129 Friday night at Bristol Motor Speedway.

Make it three in a row for Noah Gragson, who has built enormous momentum as the NASCAR Xfinity Series moves into its seven-race Playoff.

On 90-lap older tires, Gragson held off Brandon Jones, the driver who will take his seat in the No. 9 JR Motorsports Chevrolet next year, in a 20-lap green-flag run to the finish of Friday night’s Food City 300 at Bristol Motor Speedway.

The victory was Gragson’s third straight in the series, his sixth of the season and the 11th of his career.

The race also settled the series Playoff picture. Despite power-steering issues, Daniel Hemric clinched one of the two available spots in the 12-driver Playoff field with a 20th-place finish. Ryan Sieg claimed the final berth, finishing 10th—his first top-10 run in 16 Bristol starts—after brake issues sent Landon Cassill to the garage for 112 laps and relegated him to 35th.

When J.J. Yeley slammed the inside wall after slight contact from race leader Justin Allgaier, on Lap 271, Gragson and crew chief Luke Lambert opted to stay on the track while all the other lead-lap cars pitted for fresh tires.

After the restart on Lap 281, Gragson pulled out to a one-second lead before Jones began to close the gap on new rubber. Jones got to Gragson’s bumper but couldn’t find a way past the No. 9 Chevrolet. Gragson crossed the finish line .145 seconds ahead of Jones’ No. 19 Joe Gibbs Racing Toyota.

“That last caution came out, and I knew if I could ring the top, it was going to be hard for them to get there,” said Gragson, who will graduate to a full-time NASCAR Cup Series ride with Petty GMS in 2023. “I appreciate Brandon Jones racing us clean. He gave us the bumper with two (laps) to go, and I was hanging on, scrubbing the fence.

“We won here in Bristol in 2020 and there were no fans here (because of the coronavirus pandemic)… What a great opportunity to race here in front of fans and have the opportunity to win the race. Our car was fast all day. We got to the top and we were rolling. I had a blast.”

A rueful Jones provided a post-mortem of the event on pit road.

“This one hurt the most because this was our race to lose, I thought,” Jones said. “Fresher tires certainly paid off there at the end. I just caught him (Gragson) at the wrong time every time.”

Gragson’s stiffest competition—his JR Motorsports teammate Justin Allgaier—wasn’t at the front of the field for the ending. Allgaier led the procession of lead-lap cars to pit road when Gragson stayed out, but a speeding penalty sent him to the rear of the field for the final restart.

“I know what happened; I didn’t really think I was speeding, but obviously I was,” said Allgaier, who has led 791 laps in his last seven Bristol races without winning. “I just hate it for everybody. It was cool for (Noah) to get the win. I cannot believe that they were able to stay out there and still run the speed they were.

Gragson also was instrumental in changing the complexion of the race in the middle of Stage 2. Pole winner Gibbs had won the first stage wire-to-wire, but on Lap 129, while Gibbs and Creed were battling for the lead, contact from Gragson’s Chevrolet sent Gibbs’ Toyota into Creed’s Camaro.

Both Gibbs and Creed crashed hard into the outside wall and were eliminated from the race.