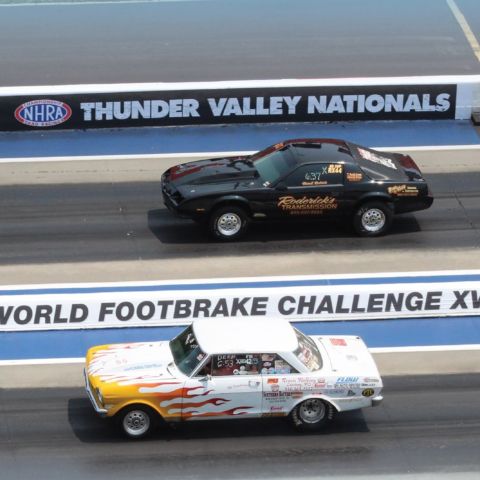 There's plenty of hot-rodding action for every type of high performance enthusiast at Bristol Dragway in 2023, including lucrative races in the World Footbrake Challenge. 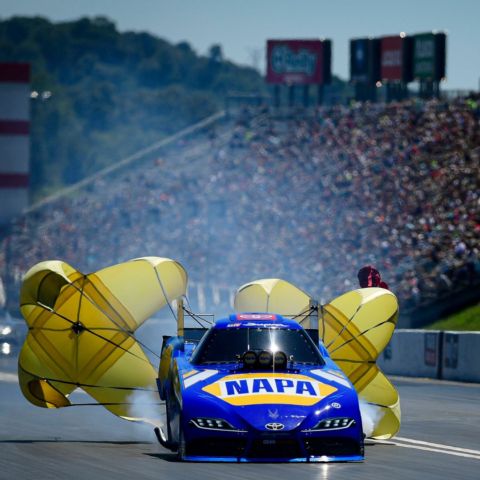 The highlight of the 2023 Bristol Dragway schedule is the annual NHRA Thunder Valley Nationals, which will be held one week earlier on June 9-11. In this photo defending Funny Car winner Ron Capps pulls the parachutes on his 320-mph machine at Bristol Dragway. 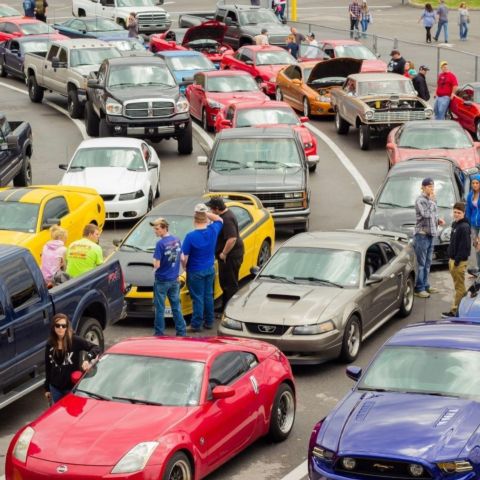 The popular Thunder Valley Street Fights are back in 2023 with six dates on the calendar.

When historic Thunder Valley opens its gates in 2023, it will once again be one of the busiest drag strips in the country as it will continue to offer fans a wide variety of compelling events, headlined by the prestigious NHRA Thunder Valley Nationals.

In 2023, the NHRA Thunder Valley Nationals will move to June 9-11, one week ahead on the calendar, to the weekend before Father’s Day. The marquee event anchors an impressive season schedule that will showcase plenty of drag racing action. Among the highlights includes the return of the NHRA Junior Drag Racing League Eastern Conference Finals, the return of both Street Car Takeovers and the American Motorcycle Association event. There will also be two World Footbrake Challenge events, the Rad Torque Fall Fling, the DER Series and the popular Thunder Valley Street Fights.

“The 2023 season promises to continue Thunder Valley’s legacy as one of the best and busiest quarter-mile dragstrips in the nation,” said Jerry Caldwell, president of Bristol Motor Speedway & Dragway. “We will offer a little bit of everything, from NHRA Jr. Dragsters, to 300 mph Top Fuel dragsters and Funny Cars, Street Cars and high-powered motorcycles, Bristol Dragway will have it all this year. All of the fun will be centered around the return of the NHRA Thunder Valley Nationals, which has moved to one week earlier this year, June 9-11. We invite everyone to come out and enjoy the fun.”

Every ticket is a pit pass at the NHRA Thunder Valley Nationals, providing guests with unparalleled access to drivers and teams throughout the weekend. Single day tickets start at just $30 and kids (12-under) tickets are free for all three days in the main grandstand areas with a paid adult.

While the NHRA’s incredibly fast race cars are sure to put the peg in your thrill-meter to the maximum level, that event alone isn’t the only reason for a high-performance enthusiast to be super excited about what Bristol Dragway has in store in 2023.

The next generation of drag racers (ages 6 to 17) will once again take center stage at Bristol Dragway in July for one of their biggest events of the season. The region will welcome more than 500 young racers and their families for a week full of racing activities beginning July 7 with the Jr. Dragster Nationals presented by Mike Bos Chassis Craft, and culminating July 13-15 with the NHRA Jr. Drag Racing Eastern Conference Finals.

During the latter half of the season, Bristol Dragway will be home to three of the most prolific bracket races in the USA, offering participants their chance to win some mega bucks and experience the famed strip in Northeast Tennessee.

The BTE World Footbrake Challenge XVII returns on June 29-July 2, while the BTE Labor Day 250K will be held Aug. 31-Sept. 3. Racers in both events will duel for the largest payouts in Thunder Valley history. These two races will feature some of the best sportsman and bracket racers in the country.

Long revered as one of the most popular bracket racing events in the country, the Rad Torque Fall Fling presented by Optima Batteries returns to the Thunder Valley schedule for the 14th time, Sept. 25-30. The most successful Super Pro racers in the country will converge at Bristol Dragway for the special opportunity to win lucrative purses.

The popular Thunder Valley Street Fights, where participants are able to run their registered street cars down the historic Bristol Dragway strip, will be held during six nights in 2023, including April 15, April 29, May 13, June 17, July 29 and Aug. 19.