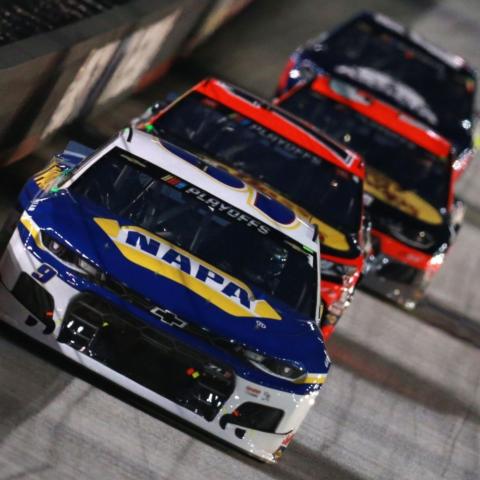 In the NASCAR Cup Series, the Food City Dirt Race will start at 3:30 on Sunday, March 28 and air on FOX, while the Bass Pro Shops NRA Night Race will air on NBCSN, PRN Radio and Sirius XM NASCAR Radio, and take the green flag at 7:30 p.m. on Saturday night, Sept. 18.

The NASCAR Xfinity Series regular season finale, the Food City 300, will start at 7:30 p.m. on Friday night, Sept. 17, and be broadcast on NBCSN, PRN Radio and Sirius XM NASCAR Radio. 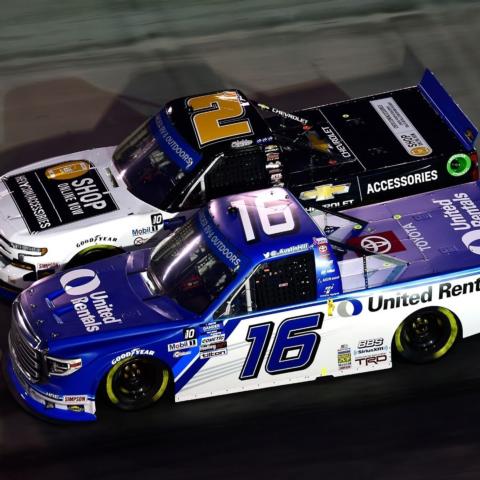 The much-anticipated Food City Dirt Race, the first NASCAR Cup Series race to be contested on a dirt surface in more than 50 years, will take the green flag at 3:30 p.m. ET on Sunday, March 28, and will be televised live on FOX with live radio coverage on PRN Radio and Sirius XM NASCAR Radio.

The Bass Pro Shops NRA Night Race, the first cut-off race in the Round of 16 in the NASCAR Cup Series Playoffs, will be held under the lights with a green flag start set at 7:30 p.m. ET. The 500-lap race that will trim the Playoff field from 16 to 12 drivers will air on NBCSN, PRN Radio and Sirius XM NASCAR Radio.

“We can’t wait to showcase the historic Food City Dirt Race to a nationwide audience on FOX on March 28,” said Jerry Caldwell, executive vice president and general manager, Bristol Motor Speedway. “The interest level for this event is through the roof and we are certain the best race car drivers in the world will put on quite a show on the high banks of the World’s Fastest dirt Half-Mile.

“The remainder of our NASCAR races in 2021 will be contested under the lights, including the Pinty’s Dirt Truck Race on March 27. As usual we expect plenty of fireworks with Playoff implications on the line during all three races in the Bass Pro Shops NRA Night Race weekend in September.”

Start times and television networks for the three Bristol support races in 2021 also were announced today. The Pinty’s Dirt Truck Race featuring the NASCAR Camping World Truck Series will be held under the lights with an 8 p.m. ET start on Saturday night March 27, and will be broadcast live on FS1, MRN Radio and Sirius XM Radio.

The NASCAR Xfinity Series’ only visit to BMS in 2021 will be the Food City 300, held on Friday night, Sept. 17 with a 7:30 p.m. ET green flag. The race is the regular season finale for the Xfinity Series and will be broadcast live on NBCSN, PRN Radio and Sirius XM NASCAR Radio.

The Camping World Trucks will return to BMS in the fall and will compete in a critical round of their Playoffs during the UNOH 200 presented by Ohio Logistics on Thursday night, Sept. 16 at 9 p.m. ET with television coverage provided by FS1 and radio coverage by MRN Radio and Sirius XM NASCAR Radio.