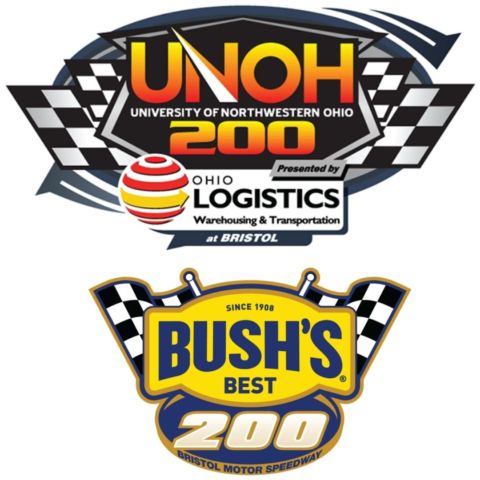 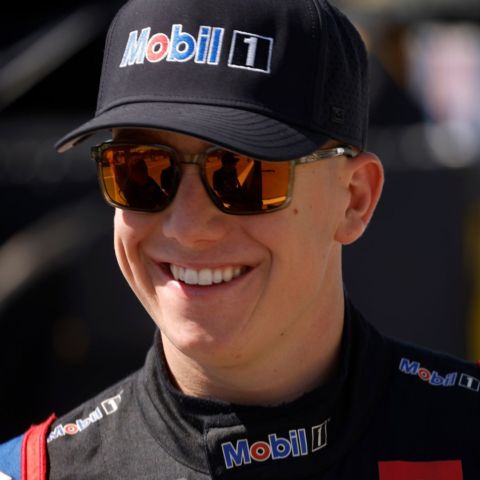 John Hunter Nemechek, long considered a championship favorite in the NASCAR Camping World Truck Series, has watched a couple of series crowns slip through his grasp in recent seasons.

The Kyle Bush Motorsports driver has usually put together a great regular season but then saw his championship dreams fade as the post season played out.

This year, he’s going about things in the reverse. He didn’t have a regular season performance that was up to his standards, but with his victory Friday night in Kansas, Nemechek feels like his No. 4 team might be hitting their stride at the perfect time.

Nemechek had a dominating performance at the Round of 10 elimination race in Kansas, claiming both stages and stealing the victory on the final lap away from Carson Hocevar.

“We started on the pole, won both stages, led a ton of laps and won the race,” Nemechek said. “We came in really good in points, but we were able to get some more playoff points, and it puts us in a good spot. We have some momentum on our side heading into Bristol.”

Nemechek will carry those positive vibes into the challenging high-banked half-mile all-concrete oval for the UNOH 200 presented by Ohio Logistics on Thursday, Sept. 15 (FS1, MRN Radio), with the green flag scheduled to drop at 9 p.m. ET. The race is the first of the Round of 8 Playoffs in the Camping World Truck Series.

Nemechek is ready to make a strong run at the championship title.

Much like a championship crown, Nemechek is long overdue a Truck Series win at Bristol. He has finished third five times and only finished outside the top 10 twice in eight career starts.

“I’m proud of all my guys at KBM, they’ve been working their butts off,” Nemechek said. “I feel like we’re finally peaking at the right time, so that’s good for us.”

The other Truck Series drivers who advanced to the Round of 8 along with Nemechek are defending series champ Ben Rhodes, Zane Smith, defending Bristol winner Chandler Smith, Ty Majeski, Stewart Friesen, Grant Enfinger and Christian Eckes.

The Smiths, Zane and Chandler, and no relation, have been the talk of the Truck Series in 2022, with each driver earning three victories. In addition to the Playoff eligible drivers, others to watch include Parker Kligerman, who drives for the local favorite Henderson Motorsports of nearby Abingdon, Va., and KBM driver Corey Heim, who has claimed two victories this season in a part-time role in the No. 51 truck.

Some fan-favorite drivers in the Truck Series who will be competing include Hailie Deegan, Matt DiBenedetto, truck series veteran Matt Crafton, who nearly missed making the Round of 8, former NHRA champ Tanner Gray and class journeyman Timmy Hill.

Thursday’s racing at Bristol will open with the Bush’s Beans 200 ARCA Menards Series race at 6:30 p.m. (FS1, MRN Radio). Championship contenders Nick Sanchez and Sammy Smith will continue their season-long battle for the series crown when the green flag drops.

Both Sanchez, who currently leads the series standings, and Smith, have earned three victories this season. Sanchez has earned wins on bigger tracks like Talladega, Kansas and Michigan, while Smith has scored wins at short tracks on the circuit like Berlin, Elko and Milwaukee. Smith could clinch the ARCA Menards Series East title at Bristol, where he holds a commanding lead in the points standings with four season wins.

Other drivers to watch in the series include Daniel Dye, who is currently second in points, Rajah Caruth, Greg Van Alst, Amber Balcaen, Taylor Gray and Jessie Love.