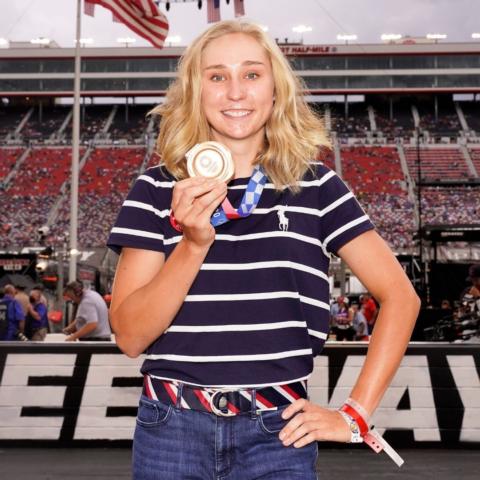 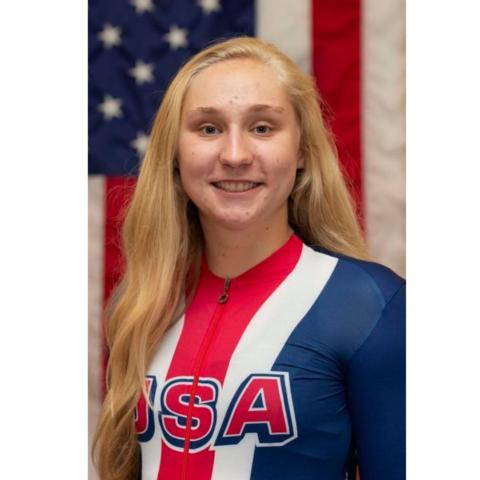 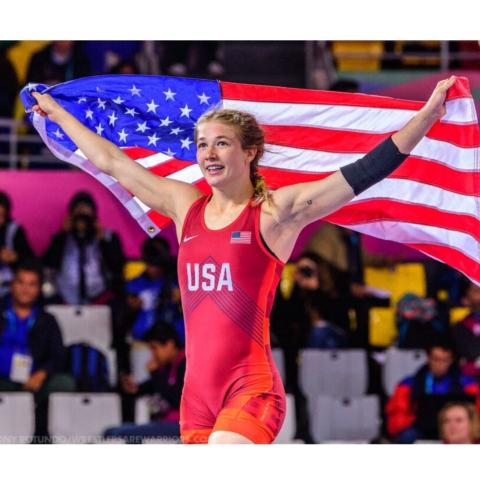 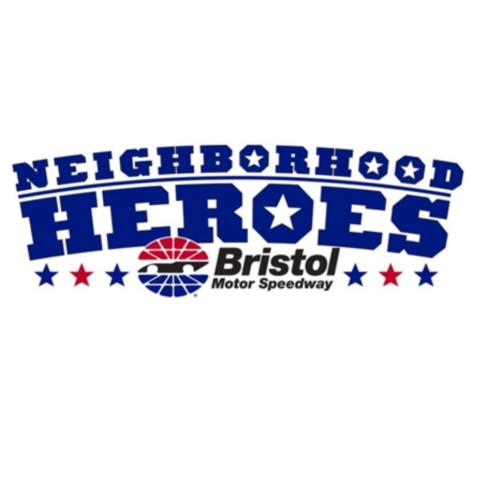 Two Olympic Medal winners with ties to the Appalachian Highlands region who competed at the recent Summer Games in Tokyo have been named Bristol Motor Speedway Neighborhood Heroes, it was announced today.

The two honorees are Team USA cyclist and Milligan University student Megan Jastrab and former King University student and Team USA wrestler Sarah Hildebrandt. Jastrab will be in attendance and will be introduced to the crowd during pre-race ceremonies for Saturday’s Bass Pro Shops NRA Night Race at the main trackside stage.

Each of the BMS Neighborhood Heroes has a compelling story, and both Jastrab and Hildebrandt were selected for the honor after their significant achievements competing for the United States Olympic Team, as each earned a bronze medal in their respective sports in Tokyo.

“We are in awe of the accomplishments of our two BMS Neighborhood Heroes this year,” said Jerry Caldwell, executive vice president and general manager, Bristol Motor Speedway. “Milligan University’s Megan Jastrab of Team USA Cycling and Sarah Hildebrandt of my alma mater King University both earned Bronze Medals in Tokyo and proudly represented the United States as well as our region in their respective competitions. On behalf of everyone at Bristol Motor Speedway, we are proud to celebrate their achievements and name them the 2021 BMS Neighborhood Heroes.”

Jastrab, who recently started her junior year at Milligan University with a double major in business and exercise science, earned a bronze medal as part of the Women’s Team Pursuit finals. She was the first current student-athlete from Milligan University to compete in the Olympics, the first to earn an Olympic medal and the first to compete for team USA. Along with racing in the Women’s Team Pursuit, Jastrab also competed in the Olympic Madison, becoming the first American woman to record a point in the event.

Almost immediately after returning home from Tokyo, Jastrab, who is also a three-time junior world champion and 29-time national champion, went back to work, training in Europe for upcoming competitions and getting ready for her collegiate cycle season. It continues to be a busy time for the college student, but she’s excited for Saturday’s Bass Pro Shops NRA Night Race at Bristol Motor Speedway. Jastrab attended one NASCAR race at a young age, but being honored in Bristol and enjoying a race at The Last Great Colosseum will be an entirely new experience that she can’t wait to enjoy.

“I’m really excited for this,” said Jastrab, an Elite Women’s U.S. National Team Member. “Whenever I fly into Bristol I always see the track and it looks so cool. I’ve always said, ‘I need to go to this race,’ and to get this opportunity, it’s just perfect. I’m really looking forward to it, seeing all the people and enjoying the night.

“Competing in the Olympics was an unforgettable experience. I’ve always admired the Olympic athletes and everything it represents competing for the U.S. team. It really was mind-blowing to me and it’s been really special since I’ve been home. I love meeting new people and this will be another great experience.”

Hildebrandt, who was a 2018 silver medalist at the World Championships, was a standout wrestler at King University, where she was a two-time Women’s Collegiate Wrestling Association (WCWA) national champion and four-time finals. She was a four-time Pan American Championships champion before winning the U.S. Olympic Team Trials in 2021 in the 116.5-pound weight class to earn a spot on Team USA for the Olympic Games.

In Tokyo, Hildebrandt impressed, rolling to a 21-1 victory in the bronze medal match. While she won’t be in attendance on Saturday at Bristol Motor Speedway, she is thrilled for the honor and does have a number of fond experiences at the track, working in one of the concessions stands at a handful of races while in college at King University.

“Going to school in Bristol and everything that it has done for me, and now to be honored for this accomplishment, it’s amazing,” Hildebrandt said. “When I worked at the track, I would always try to sneak away and watch, and it was always so much fun. I’m very grateful for this honor and it’s definitely a family feel in the area and at King.

“It was really cool to be part of the experience at King and be around a group of women who wanted to make it on the Olympic stage. It was a crucial part of my growth and to come out of that small school and perform at the Olympics, it was freaking magic. It’s been amazing and it really it’s a celebration of everyone who’s helped me get this far.”