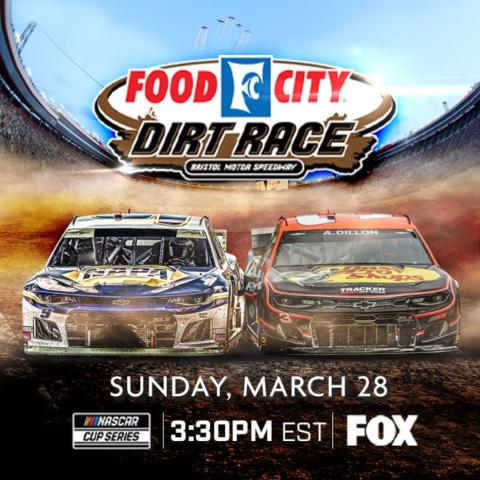 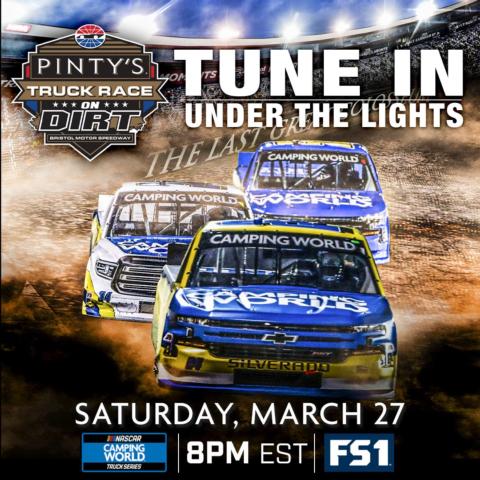 After a half-century absence from dirt, NASCAR’s top tour returns to its roots this weekend at Bristol Motor Speedway.

At last week’s Karl Kustoms Bristol Dirt Nationals, race fans were treated to a variety of late models and modifieds banging and bumping on a red clay mosaic atop the traditional .533-mile concrete surface—three months in the making.

Kyle Larson, the most accomplished dirt racer on the Cup tour, tested the conditions during the Super Late Model contests at Bristol last weekend.

“The track is fun,” Larson said following his second-place finish on Friday. “It’s got some bumps and characteristics that helped the groove open up a little bit. It’s definitely cool.”

Now, the wait is almost over for the most anticipated event on the 2021 NASCAR calendar—the Food City Dirt Race.

While no one knows quite what to expect this weekend, a little preparation can go a long way in making the experience memorable.

As stock cars get ready to play in the Bluff City clay at the Last Great Colosseum, the uninitiated dirt fan can take a page from the competitors’ playbook. When the dirt starts flying, no surface is safe. Just as the race teams will take precautions to protect components—and drivers—from an inordinate amount of dust, spectators must do the same.

In addition to the traditional creature comforts hauled to the track like ear protection, seat cushions, blankets and sunscreen, dirt fans know a good set of goggles or sunglasses goes a long way toward not missing any of the action.

Bring a clean sock or stocking to use as a filter for your beverage in case there’s no lid. And speaking of lids, a good hat, cap or hoodie will keep chunks of mud from flying into your hair or ears. Comfortable boots are also a good idea—particularly should there be any weather issues. Packs of sanitizing wipes and Swiffer dust pads are great for cleaning scanners, cell phones and seat cushions.

Also remember, it’s still a Sullivan County mandate to wear a mask, but once you get to your seat you can remove it. However, with all the dust and dirt flying you may find it beneficial to keep it out of your mouth and nose.

Mama probably told you never to wear white before Memorial Day, but white clothes at a dirt track is never a good idea. Wear comfortable clothes that you are ok getting dirty. This rule goes for shoes too.  We highly encourage you not to wear your brand new pair of white Air Force Ones.

The general rule is at a dirt track, it gets, ….well, dirty! Your seat will be a little dustier than usual. Some folks opt to bring a hand towel to wipe off their seat, hands and face. While other folks enjoy it as part of the full experience – sometimes it’s just a fun time to get dirty!

When Bristol was last repaved in 2007, the track banking dropped from 36 degrees to a progressive 24-to-28-degrees. Track maintenance incorporated 23,000 cubic yards of clay—placed with GPS technology and leveled by bulldozers and graders—to create the 19-degree banking in the turns and a 50-foot wide surface.

Air titans will also be sidelined this weekend, replaced by water trucks to ensure enough moisture in injected into the race surface. Speedway Motorsports senior vice president of operations and development Steve Swift used the dirt from the World of Outlaws shows—20 years ago—as the base, along with a combination of sawdust and fresh clay for the current configuration.

With clay soaking up water like a sponge, finding the right water-to-dirt ratio can be the difference between dry-slick and dusty conditions that generally lead to one-groove racing or a tacky track where the moisture offers grip to the drivers. Throughout the race, the cushion—or loose particles of dirt—will progress up the track. Expect drivers to search around the track for moisture right up to the cushion.

OFF TO THE RACES

NASCAR will hold two 50-minute practices—or ‘hot laps’—for both Cup and the Camping World Truck Series on Friday. Four 15-lap heat races will be held on Saturday with finishing position points—10 for first place in the heat to one for 10th—and passing points determining the lineups for both races. The features—or A-Mains—for trucks will be 150 laps on Saturday and 250 laps for Cup on Sunday. The field will be frozen during stage breaks, and teams will use non-competitive pit stops under yellow. NASCAR will not use the choose rule at Bristol.

Although the cars being used this weekend were not designed specifically for dirt—Cup cars traditionally carry more weight in the front than the rear—teams will play with front-end geometry to help the 3,400-pound cars turn. Two defining factors to give teams an edge will be the tires and the drivers.

For the first time since 1989, Goodyear will supply teams with a bias-ply tire—which conforms better to the unevenness of dirt. The Goodyear Eagle Dirt Bias Ply will feature a block-style tread pattern to bite into the dirt. According to the manufacturer, the tires have been widened to 11 inches to provide more grip for the drivers, while the left-side tire will be significantly shorter to build more stagger.

Lee Spencer is an award-winning journalist. She’s covered racing for the last 29 seasons and is currently the senior NASCAR Cup Series reporter for RacinBoys.com. Spencer is also a freelance contributor to Sirius/XM NASCAR Radio.