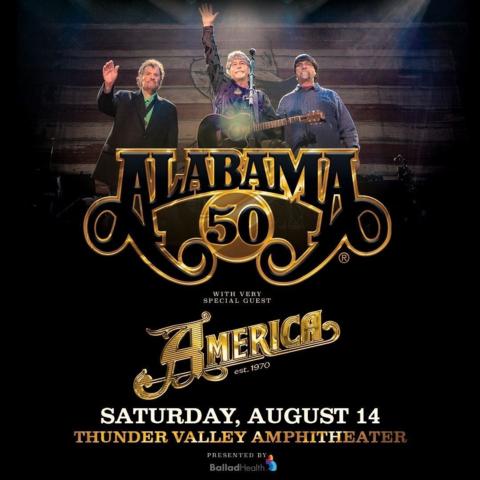 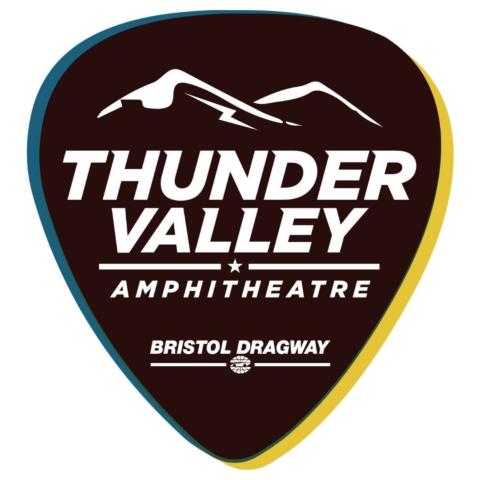 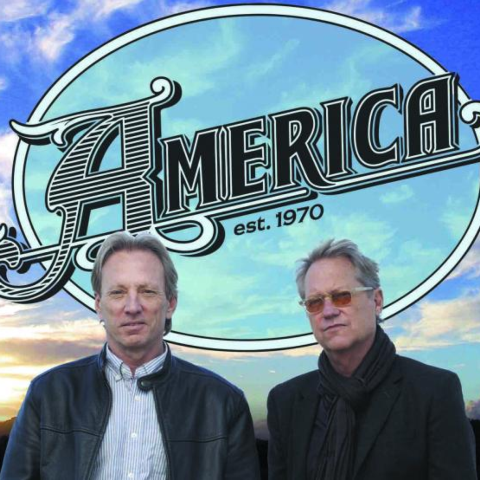 “The Bristol, Tennessee Thunder Valley Amphitheater is going to be a party at the dragstrip when we come to play with our friends, America!” -Teddy Gentry

“After three years, we are thankful we can finally come and play our music for the great fans in Bristol, Tennessee.” -Randy Owen

You won’t want to miss Bristol Motor Speedway’s concert event of the summer on Saturday, August 14, 2021.

Following the concert, the night sky will light up with the Food City Fireworks Spectacular in a fitting end to a great night of entertainment.

Tickets are on sale now at ticketmaster.com. Limited seats available!

In addition, a very limited number of Bud Light Landing tickets are also available while supplies lasts. The Bud Light Landing offers a standing-room only concert experience and it is positioned at ground level in direct view of the main stage.

A limited number of $10 parking passes are also still available for purchase via Ticketmaster. It is strongly recommended that parking be purchased in advance. Guests without parking permits will be directed to the BMS Landing Lot (cash only on day of show) off of Hwy. 394 at Copperhead Road.

It's been over 50 years since a trio of young cousins left Fort Payne, Alabama, to spend the summer playing in a Myrtle Beach, South Carolina, bar called The Bowery. It took Randy Owen, Teddy Gentry and Jeff Cook six long years of tip jars and word of mouth to earn the major label deal they'd been dreaming of, but then seemingly no time at all to change the face of country music.

ALABAMA is the band that changed everything. They reeled off 21 straight #1 singles, a record that will probably never be equaled in any genre. They brought youthful energy, sex appeal and a rocking edge that broadened country's audience and opened the door to self-contained bands from then on, and they undertook a journey that led, 73 million albums later, to the Country Music Hall of Fame and the Hollywood Walk of Fame.

The year 2021 marks the 51th Anniversary of perennial classic-rock favorite, America.  Founding members, Gerry Beckley and Dewey Bunnell (along with former band mate Dan Peek) met in high school in London in the late 1960s and quickly harmonized their way to the top of the charts on the strength of their signature song "A Horse With No Name."  America became a global household name and paved the way with an impressive string of hits following the success of their first #1 single.  Forty plus years later, these friends are still making music together, touring the world and thrilling audiences with their timeless sound.

America's journey has found them exploring a wide variety of musical terrain. Their best-known tunes, which also include "I Need You," "Ventura Highway," "Don't Cross The River," "Tin Man," "Lonely People," and "Sister Golden Hair" were cornerstones of 1970's Top 40 and FM rock radio. Yet beyond their impressive catalog of hits, listeners would discover there was always much more to America than surface perceptions. The combination of Gerry Beckley's melodic pop rock and Dewey Bunnell's use of folk-jazz elements, slinky Latin-leaning rhythms and impressionistic lyric imagery contrasted well with Dan Peek's more traditional country-rock leanings and highly personal lyrics.

America's albums--six certified gold and/or platinum, with their first greatest hits collection, History, hitting four plus million in sales--displayed a fuller range of the trio's talents than did their singles. Their material encompassed an ambitious artistic swath; from effects-laden rockers to oddball medleys to soul-bearing ballads, America displayed a flawless blend of disparate genres and styles as wide-open as the great American plains.

Enjoying massive success early in their career, America earned their stripes as musical soldiers on the battlefield amidst the excess, craziness and chaos of the 70's. The trio won the Grammy for Best New Artist in 1972 and began working with George Martin and Geoff Emerick in 1974. This successful team went on to record seven albums and several Top Ten hits, including "Tin Man," "Sister Golden Hair" and "Lonely People."

By the mid-70s, inter-band conflicts combined with an exhaustive touring and recording schedule exacted its toll on the group. With Peek's departure from the fold in 1977, Gerry Beckley & Dewey Bunnell rose to the challenge and carried on as a duo. Shifts in sound and direction, changes in producers and managers, and a renewed dedication to the craft of songwriting helped rocket America to the upper reaches of the pop charts in 1982 with their smash single, "You Can Do Magic." During this tumultuous time in their career, Beckley and Bunnell immersed themselves in their craft, infusing a newfound maturity into their rich body of work. Their growth as singers, songwriters and musicians has continued into the present day as illustrated by landmark releases such as 2000's Highway 3-disc box set, 2002's Holiday Harmony, an album comprised of seasonal classics and live showcases, 2007's Here & Now, 2009's Live In Concert: Wildwood Springs, 2011's Back Pages, and 2015's Lost And Found and America: Archives Vol. 1.

From their formative years, America has been a band capable of transcending borders with its uplifting music and positive message. Embracing a rainbow of divergent cultures, America's audiences continue to grow, comprising a loyal legion of first, second and third generation fans, all bearing testament to the group's enduring appeal. "I think that the ingredients of the America sound are the basic fundamentals that translate internationally," explains Beckley. "The Italians are huge fans of dance music, but they also love a ballad--they're romantic at heart. It's the same in the Far East. A lot of times in these countries, we see people singing along, and they don't really know what the words mean. Music is truly the international language."

Affectionately known as “Thunder Valley,” Bristol Dragway is nestled between two mountains in northeast Tennessee near the Virginia state line and sits adjacent to the iconic Bristol Motor Speedway. In 2021, the historic dragstrip is celebrating its 56th anniversary and is scheduled to play host to numerous major events including the fan-favorite NHRA Thunder Valley Nationals, a marquee event in the NHRA Camping World Drag Racing Series. Other key events at the dragway include the Bristol Chevy Show, the DER Bracket Series, weekly Street Fights series, World Footbrake Challenge, Fall Fling, and the NHRA Jr. Drags Eastern Conference Finals. On select occassions, The Thunder Valley Amphitheatre presented by Ballad Health transforms Bristol Dragway into a premier outdoor concert venue for the world’s greatest music performers. With more than 50 event days each season and serving as the longtime starting point for The Pinnacle Speedway in Lights holiday spectacular, Bristol Dragway continues to be one of the busiest drag racing facilities in the nation. For more information, please visit www.bristolmotorspeedway.com/dragway.

Outback Presents is the leading independent, full-service promoter of live entertainment. Based in Nashville, Outback Presents produces thousands of music and comedy shows, tours, and festivals annually across North America, connecting its diverse roster of artists with their fans. For more information, visit outbackpresents.com.