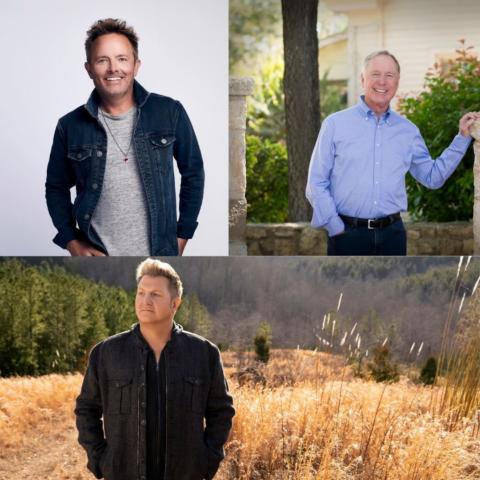 Popular worship leader Chris Tomlin will serve as the Honorary Starter and America’s Pastor Max Lucado has been named the Grand Marshal for the Food City Dirt Race at Bristol Motor Speedway, it was announced today by Food City during a press conference at the racetrack.

Serving as Grand Marshal, Lucado will give the command to fire engines prior to the 7 p.m. start of the NASCAR Cup Series race. Before Lucado’s command, former Rascal Flatts lead singer Gary LeVox will perform the National Anthem.

The invocation will be provided once again by Mike Rife, pastor of the Vansant (Va.) Church of Christ. Rife has given the invocation for this race for more than two decades.

As Honorary Starter, Grammy-award winner Tomlin will wave the green flag from high above in the frontstretch flagstand as the 40 drivers mash the gas at the start of the NASCAR Cup Series race on the temporary half-mile dirt track.

“Jerry Caldwell and his team at BMS are working hard to ensure this will be a historic weekend for the entire family. They have an all-star lineup planned for both on and off the track,” says Steven C. Smith, Food City president and chief executive officer. “In conjunction with this special Easter weekend celebration, Food City is honored to have world-renowned pastor, speaker, and best-selling author Max Lucado serve as our race grand marshal and Grammy and Dove award winning contemporary Christian artist, Chris Tomlin serve as honorary starter.”

The Food City Dirt Race will showcase the NASCAR Cup Series on a dirt track for the second time in the modern era on Easter Sunday, April 17, when the green flag drops at 7 p.m. (FOX, PRN Radio and Sirius XM NASCAR Radio).

For tickets, please visit www.bristolmotorspeedway.com or call the BMS Ticket Office at (866) 415-4158.