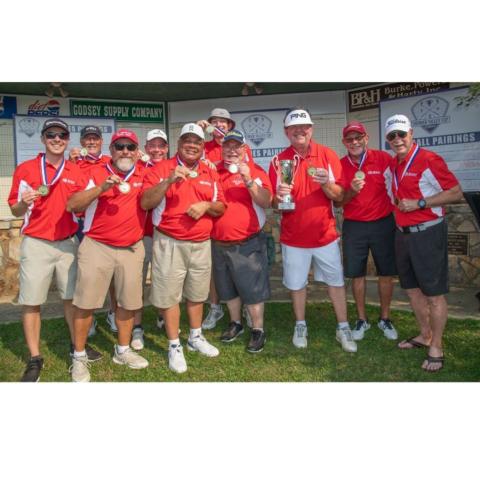 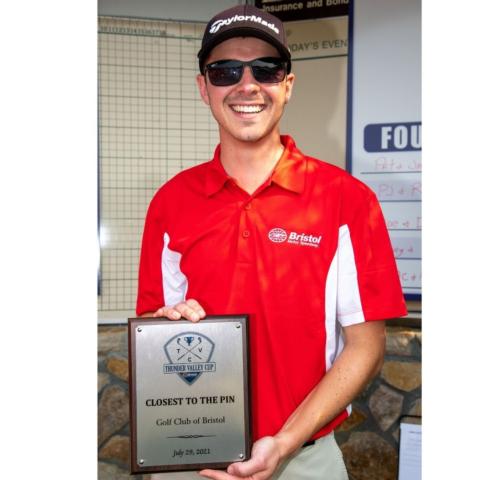 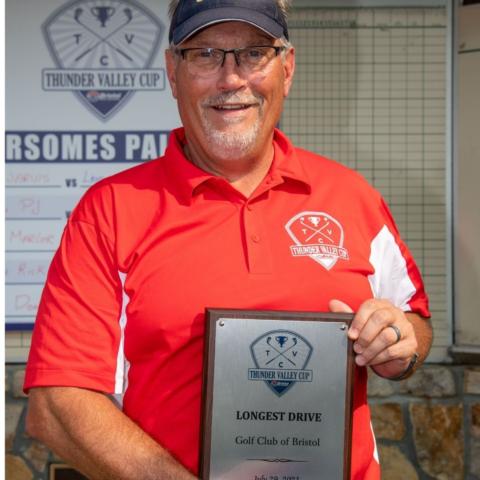 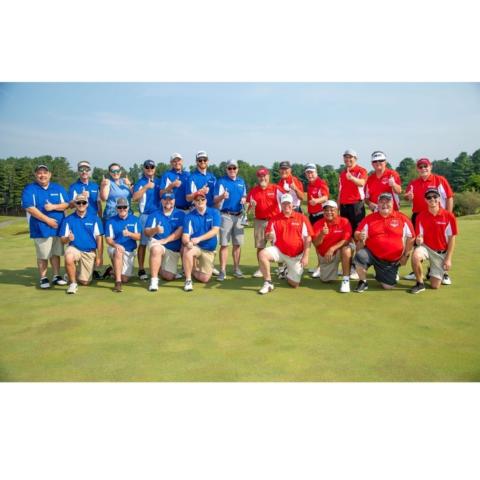 Before the Second Annual Thunder Valley Cup matches both teams got together for their ceremonial pre-tournament photo. Earl Neikirk 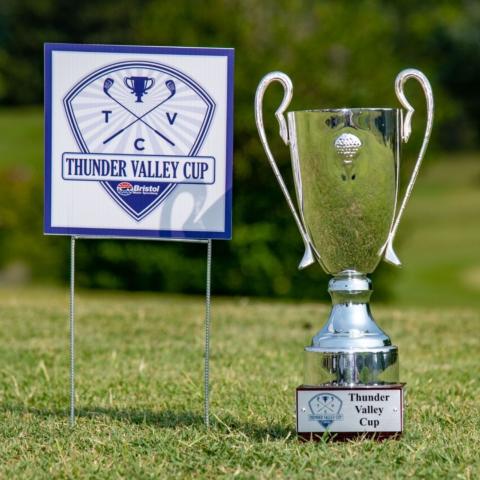 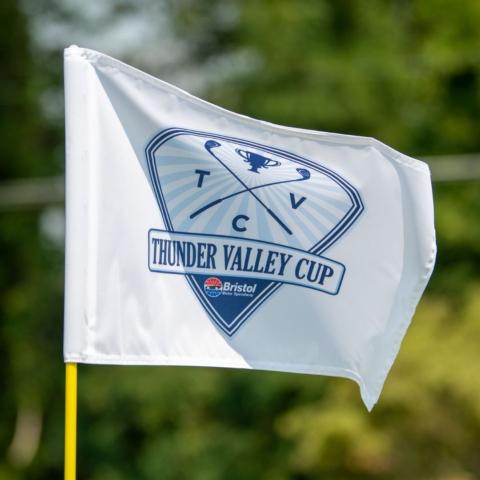 The Tri-Cities Media Team got revenge on their golf rivals, the Bristol Motor Speedway employees, Thursday by winning the Second Annual Thunder Valley Cup on a hot and breezy day at the Golf Club of Bristol. The annual 27-hole match-play golf battle between the two groups is now tied at 1-1.

The media team was again led by Johnson City Press sports editor Joe Avento who remained unbeaten in the Thunder Valley Cup with a 3-0-0 record. Avento was joined by a pair of newcomers from WCYB in Jarvis Haren and Rick Hensley, who both went undefeated in their matches, posting 3-0-0 records. WXSM’s Don Helman also contributed several points to their cause and was undefeated on the day, posting a 2-0-1 record. Kingsport Times-News’ Pat Kenney also chipped in with a 2-1-0 record.

Team BMS was led by Cody Nelson of the ticketing department who was undefeated in the matches, posting a 2-0-1 record. Veteran team standouts Drew Bedard, vice president of marketing, and Marty Denton, vice president of finance, both helped put the team on the board by posting 2-1-0 records. JT Thomas, senior director of corporate events & business development, in his first appearance also had a good day, going 2-1-0.

The Media Team stormed out to a 4-1 victory in the Fourball session, which was played on GCB’s front nine. Team BMS rallied back and split the Foursomes session on the GCB back-nine, with both teams claiming 2.5 points apiece.

The Media Team ensured that there wouldn’t be a Singles victory rally by Team BMS like there was in 2019, by holding off the racing promoters’ charge and taking the 6-4 session win on the GCB front nine. The Media Team opened with three straight singles wins by Avento, Kenney and Hensley and were followed with wins in later matches by Haren, Helman and WCYB’s Casey Goetz. Team BMS’s four singles wins were claimed by Thomas, Denton, Nelson and communications director Anthony Vestal.

Haren won the Closest to the Pin contest by knocking his tee shot to three-feet on the par-3 third hole from 130 yards out. Hensley claimed the Long Drive award after a big smash of over 300 yards on the par-5 sixth hole.

Full results for each session are below.