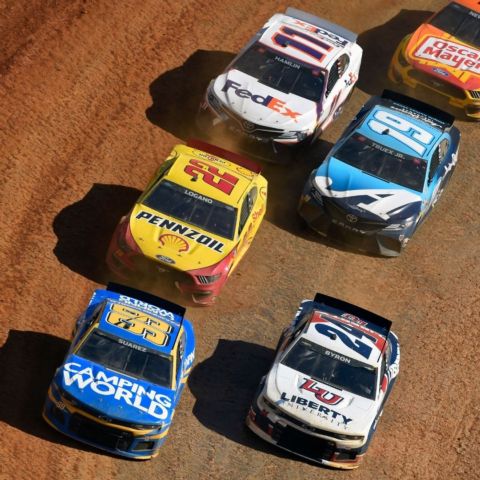 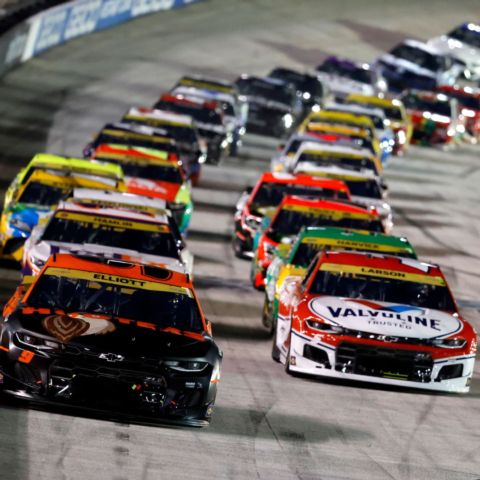 The Bass Pro Shops Night Race returns to Bristol Motor Speedway on Saturday night, September 16, 2023, as part of the 2023 NASCAR Cup Series Round of 16 Playoffs. 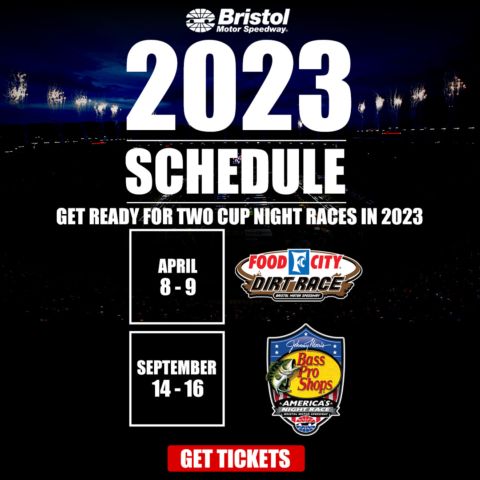 A double-dose of NASCAR Cup Series night racing will be returning to storied Bristol Motor Speedway in 2023, it was announced today by NASCAR and track officials.

The iconic track will turn on the lights on Sunday, April 9 to showcase the Food City Dirt Race and then again on Saturday night, September 16, to illuminate the NASCAR Cup Series Round of 16 Playoffs.

“We can’t wait to put the dirt back down for the Food City Dirt Race in April and once again welcome the championship drama of the NASCAR Playoffs in September for the Bass Pro Shops Night Race,” said Bristol Motor Speedway President and General Manager Jerry Caldwell. “We all know what kind of intensity Bristol brings when the lights are turned on, so we are excited that both of our Cup races will once again be contested at night in 2023.”

The April race weekend will be the third time in the modern era that the NASCAR Cup Series will compete on a dirt surface. NASCAR held the majority of its races on dirt in its formative years. The highly-anticipated race will again be televised live on FOX in primetime, positioning the Food City Dirt Race as a marquee sports event on the Easter weekend.

Kyle Busch was the surprise winner earlier this year in a wild finish after Tyler Reddick and Chase Briscoe tangled in turn four on the final lap. When the two young stars’ cars got together, the veteran Busch streaked by at the last instant to take the checkered flag, his ninth at Bristol in the Cup Series.

The April race also will return to the Easter weekend, and Caldwell says that the Bristol team will once again put together some amazing family-fun activities and a special Sunday service to honor the holiday.

“Last year we were so pleased with everything that took place during the Food City Dirt Race on Easter, it was a weekend to remember,” Caldwell said. “Once again, the race will be showcased to a primetime audience on FOX that night after most have finished with their Easter traditions. For those who join us at the track, in addition to the thrilling racing, we will once again create an amazing Easter atmosphere and celebrate the holiday Bristol-style, creating plenty of wow moments and cherished memories.”

For the fourth consecutive season the Cup Series will return to The World’s Fastest Half-Mile in September for  another nail-biting elimination race in the Round of 16 of the NASCAR Playoffs. With drama at an all-time high at the Bass Pro Shops Night Race, the Cup Series championship roster will be trimmed from 16 to 12 drivers when the checkered flag waves.

“We are thrilled to once again host an elimination race for the Round of 16 during the Bass Pro Shops Night Race,” Caldwell said. “We look forward to all of the drama and intrigue that awaits us on Saturday night, September 16. The NASCAR Playoffs really is a perfect fit for Bristol Motor Speedway with its tight configuration, steep banking, incredible speed and unlimited possibilities for mayhem and chaos.”