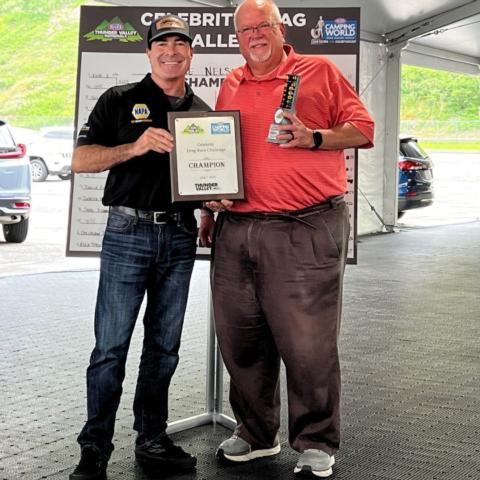 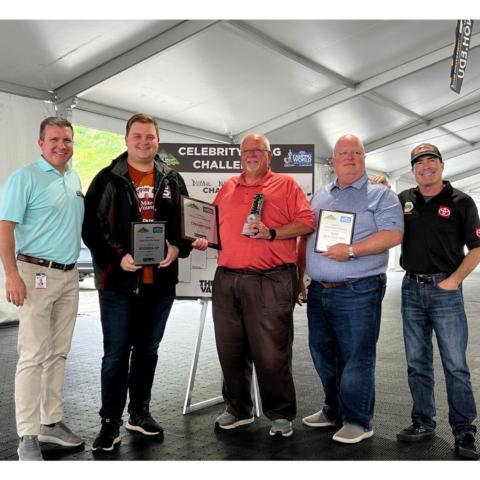 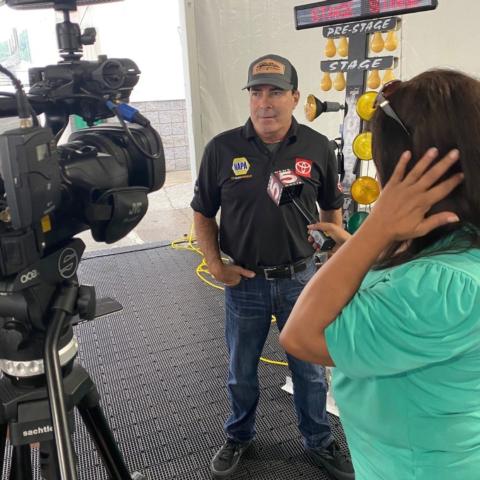 Heather Williams of WCYB TV gets the scoop from Ron Capps about the upcoming NHRA Thunder Valley Nationals at Bristol Dragway, June 17-19. 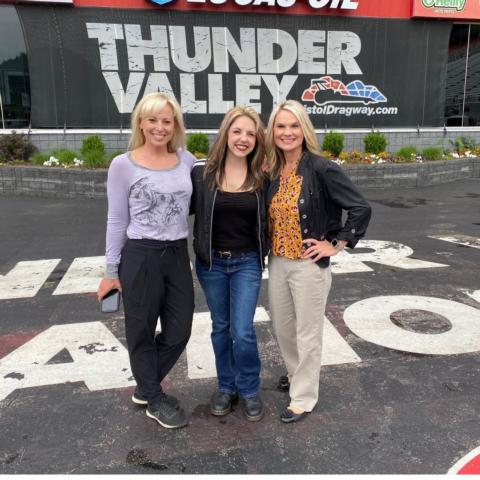 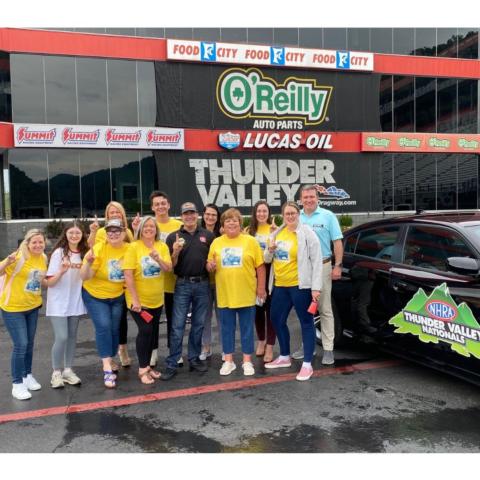 More than 25 Tri-Cities celebrities competed in the event, where they went head-to-head against their peers trying to produce the quickest reaction time on the Practice Tree. Drivers in the NHRA Camping World Drag Racing Series, who will be at legendary Bristol Dragway next weekend for the 21st annual NHRA Thunder Valley Nationals, utilize Practice Trees regularly in their preparation for competition.

Defending NHRA Funny Car world champion Ron Capps was on hand to coach the celebrities and talk with many of the media members assembled about next weekend’s racing in the NHRA Camping World Drag Racing Series on Father’s Day weekend, June 17-19.

“It’s so cool to race here at Bristol on Father’s Day weekend,” said Capps, a five-time winner of the NHRA Thunder Valley Nationals. “I have given two of my Wally trophies from Bristol to my dad back in California after winning here. He is the reason that I do what I do, he got me into the sport of drag racing. It’s so cool to fly home with the trophies and then present them to my dad, it’s always very special.”

For the first time in NHRA history all four of the Camping World Drag Racing Series pro categories will compete at Bristol Dragway on the same weekend. Fans also will want to be able to celebrate with drag racing legend Don “The Snake Prudhomme” as he is inducted into the prestigious Legends of Thunder Valley, Bristol Dragway’s hall of fame.

Round by Round Results for the Thunder Valley Celebrity Drag Challenge