Which NASCAR Cup Series car number has been the most successful in BMS' first 60 years? 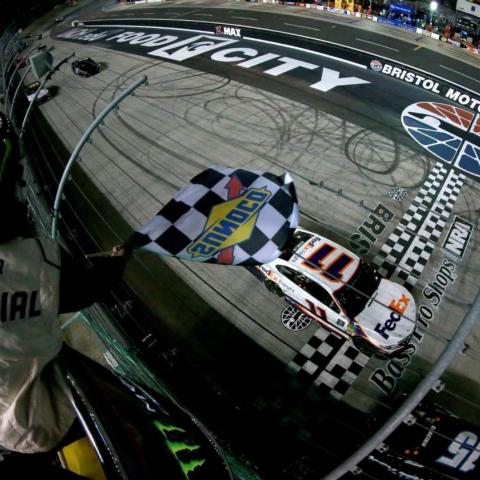 All hail the No. 11 at Bristol Motor Speedway, the winningest number in 121 races held during the past 60 years in the NASCAR Cup Series at the iconic half-mile oval. Denny Hamlin is responsible for adding two of those wins to the list, including the 2019 Bass Pro Shops NRA Night Race. 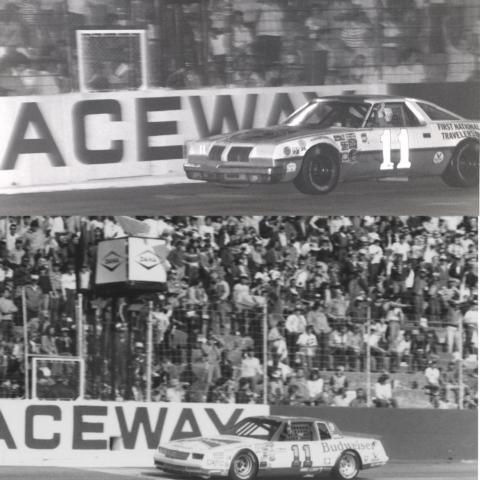 All nine of Cale Yarborough's BMS wins came in the No. 11, including the 1978 Night Race, and eight of Darrell Waltrip's record 12 BMS victories were in the 11 car. 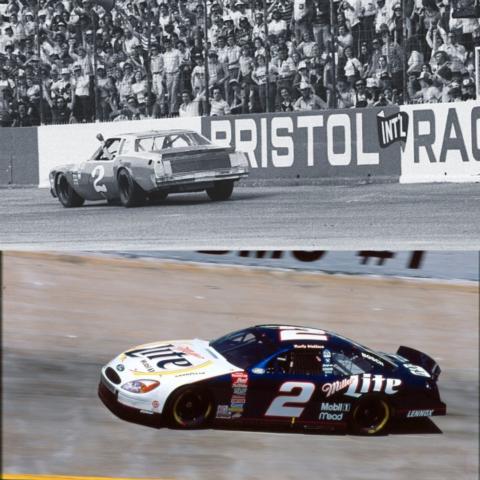 The No. 2 has the second-most BMS Cup Series wins thanks to two victories by Dale Earnhardt and nine by Rusty Wallace. 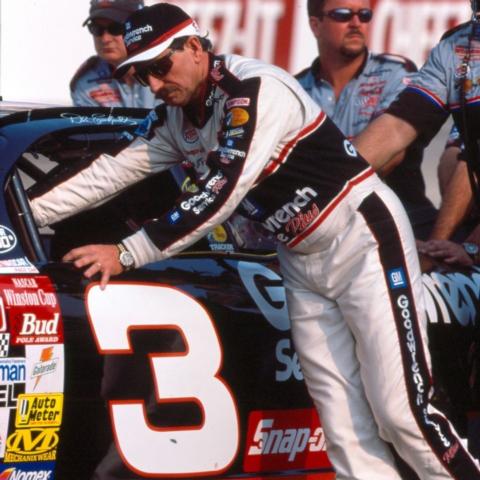 The No. 3 has 8 Cup Series wins at BMS, including seven by The Intimidator, Dale Earnhardt. 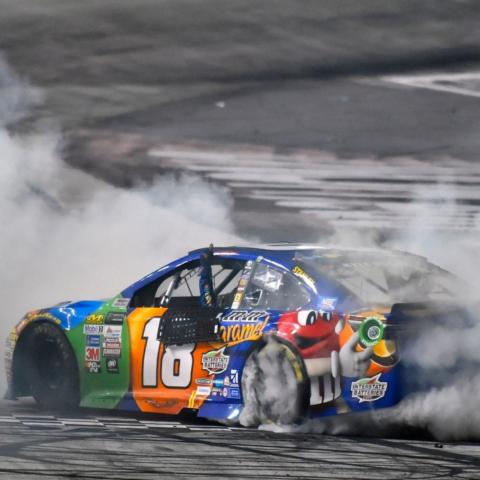 Recent Bristol dominator Kyle Busch has earned seven of his eight BMS Cup Series victories in the No. 18, good enough for fifth on the list. 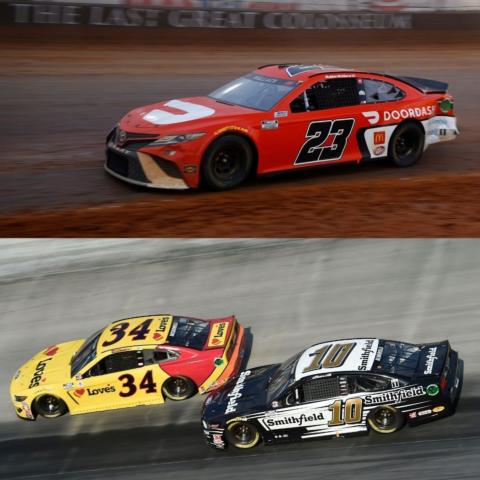 There have been 32 different numbers that have won Cup Series races at Bristol Motor Speedway in the track's first 60 years. Among the drivers looking to add their car numbers to that list during the upcoming Bass Pro Shops NRA Night Race on Saturday, Sept. 18 are Bubba Wallace in the 23, Daytona 500 winner Michael McDowell in the 34 and recent New Hampshire winner Aric Almirola in the 10 car. 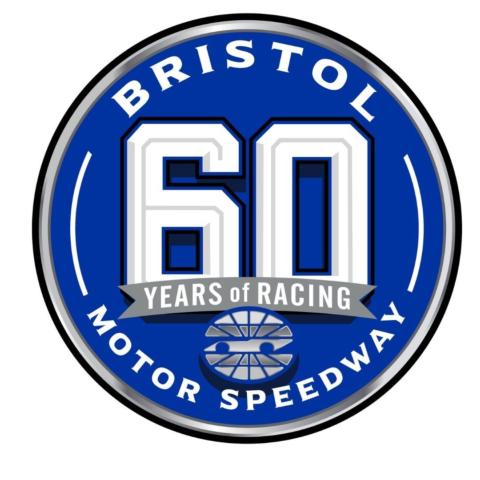 Quick, what number did legendary slugger Babe Ruth wear? Or what was the number on high-soaring Michael Jordan’s jersey? How about hockey phenom Wayne Gretzky? Or pro football’s G.O.A.T., Tom Brady?

Numbers and the athletes they represent are forever linked. Especially when the sports figure also happens to be highly successful, or in some cases the greatest to ever play a particular sport.

Ruth wore the 3 proudly on his New York Yankees’ uniform and any self-respecting fan of the NFL knows that the No. 12 jersey belongs to the gun-slinging, Super Bowl-winning Brady. The 23 will forever be red and black for Jordan’s Chicago Bulls and in the NHL, the 99 is sacred for “The Great One,” Gretzky.

The numbers game is the same in NASCAR. Drivers are associated with their car numbers more often than they are with sponsors, car owners, car manufacturers or heck, even their own last names sometimes. Fans don’t need to even say Kyle Busch, they will just refer to him as the 18. Kevin Harvick is the 4, Kyle Larson is the 5 and Joey Logano is the 22.

So, as Bristol Motor Speedway is celebrating its 60th anniversary in 2021 at the World’s Fastest Half-Mile, one may wonder… what car number is associated with the most wins at NASCAR’s most iconic track?

Some might immediately guess the No. 3 because Earnhardt, who won nine races at BMS, always seemed to be in contention for a victory. Others might think it is either the No. 17 or No. 88 because Darrell Waltrip, who was identified with those numbers for a good part of his career, earned a track record total of 12 victories on the challenging high-banked oval. Or, could it be the No. 18, which has been on the roof and door panel of the track’s most recent dominator, Kyle Busch.

All strong guesses for sure, but none of those numbers have garnered the most trips to Victory Lane over the first 121 races at Bristol Motor Speedway.

Drum roll please...That honor goes to the No. 11, which has visited Victory Lane most often thanks to the success of four drivers – Waltrip, Cale Yarborough, Ned Jarett and most recently Denny Hamlin. Of those drivers, three are NASCAR Cup Series champions and regularly piloted their No. 11 rides to wins at Bristol Motor Speedway. The No. 11's BMS win total is an impressive 20, with Yarborough’s 9 leading the way, followed by Waltrip with 8 in the 11, Hamiln’s two and Jarrett’s one.

Waltrip also won at Bristol in the 17 and the 88, and remains one of only two Cup Series drivers in Bristol history to visit its Victory Lane in three different car numbers (also Kurt Busch, 2, 41 and 97).

Next on the list is the No. 2 with 13 victory lane appearances. Rusty Wallace has seven, Brad Keselowski has three, Dale Earnhardt two and Kurt Busch has one for the beloved No. 2 car.

Thirty-two different car numbers have found success at BMS. Below is a breakdown of all of the winning Cup Series car numbers in BMS history.

Looking ahead to next month’s Bass Pro Shops NRA Night Race, which Cup Series numbers could make victory lane appearances for the first time in BMS history? Kurt Busch in the No. 1 car? Aric Almirola in the 10? What about Chase Briscoe in the 14, or Bubba Wallace in the 23? Maybe it’s Daytona 500 winner Michael McDowell in the 34, or perhaps it will be self-admitted Bristol lover Ricky Stenhouse Jr. in the 47.  Those are certainly all good picks, don’t you think?

Aside from keeping up with all of the numbers speeding around the .533-mile oval that’s been called the “Holy Grail of Short Tracks,” fans who attend this year’s Bass Pro Shops NRA Night Race can expect to witness plenty of magical moments unfolding as NASCAR’s best drivers compete in close quarters in pursuit of a coveted victory at The Last Great Colosseum – NASCAR Playoff style – and only the strongest will survive 500 laps of mayhem on the high-banked bullring.