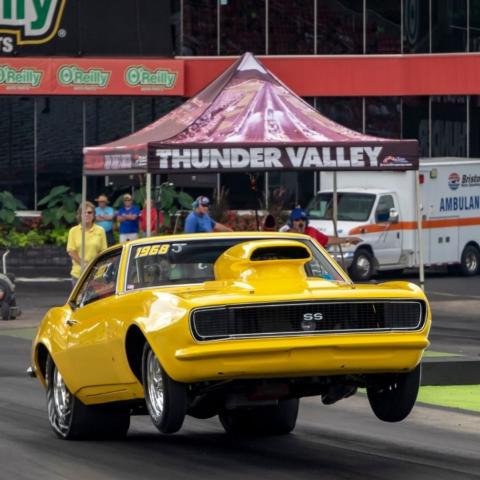 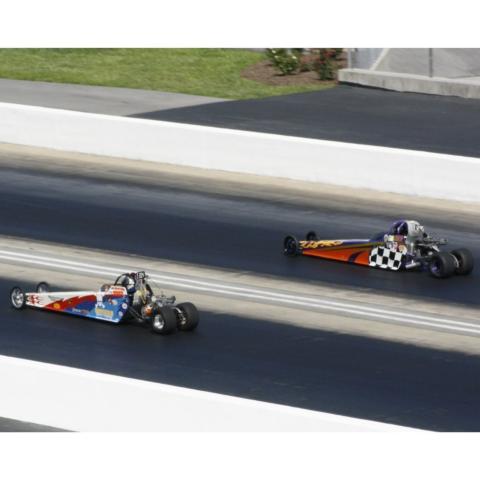 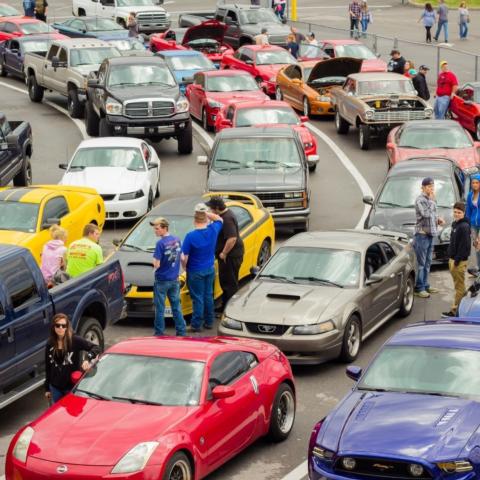 When historic Thunder Valley opens its gates in 2021, it will once again be one of the busiest drag strips in the country as it will offer fans a wide variety of compelling events guaranteed to satisfy every type of hot-rodding enthusiast.

There is so much action on tap this season at Thunder Valley it will certainly knock the peg in your thrill-meter to the maximum level. There are so many reasons for high-performance enthusiasts to be super excited about what Bristol Dragway has in store in 2021.

“Whether you are a fan of big-dollar bracket races, enjoy watching street cars go fast or love the wild rumble of Top Fuel Harleys, Thunder Valley has something special in store for you in 2021,” said Jerry Caldwell, executive vice president and general manager of Bristol Motor Speedway and Dragway. “We can’t wait to light the Christmas Tree for what promises to be a thrilling season of drag racing at iconic Bristol Dragway.”

The legendary Bristol Chevy Show will once again return to Thunder Valley, and will move to a brand-new date, Aug. 5-8. The Bristol Chevy Show showcases the best classic and modern Chevrolets in the region, both on the track and in the famed car corral. Fans can witness drag racing, take in a car show, score some hard to find merchandise at the swap meet and much more.

One of the most anticipated events of the season is the popular Street Car Takeover, the premier national street car lifestyle drag racing, roll racing, night meets and car show event, will visit Thunder Valley April 30-May 1.

The next generation of drag racers (ages 6 to 17) will once again descend upon Bristol Dragway in July. The region will welcome more than 500 young racers and their families for a week full of racing activities beginning July 9 with the Huddleston Performance Jr. Dragster Nationals presented by Mike Bos Chassis Craft, and culminating July 15-17 with the NHRA Jr. Drag Racing Eastern Conference Finals. Bristol Dragway has played host to the Eastern Conference Finals since 2004, with the exception of last year when the event had to be relocated to BD sister track zMAX Dragway in Charlotte, N.C. due to revised scheduling conflicts during the pandemic.

During the latter half of the season, Bristol Dragway will be home to four of the most prolific bracket races in the USA, offering participants their chance to win some mega bucks and experience the famed strip in Northeast Tennessee.

The BTE World Footbrake Challenge XV returns on July 1-4, while the BTE Labor Day 250K will be held Sept. 2-5. Racers in both of those events will duel for the largest payouts in Thunder Valley history.

Long revered as one of the most popular bracket racing events in the country, the Sparco Fall Fling presented by Optima Batteries returns to the Thunder Valley schedule for the 12th time, running from Tuesday, Sept. 28 thru Sunday, Oct. 3. The most successful Super Pro racers in the country will converge at Bristol Dragway for the special opportunity to win life-changing money.