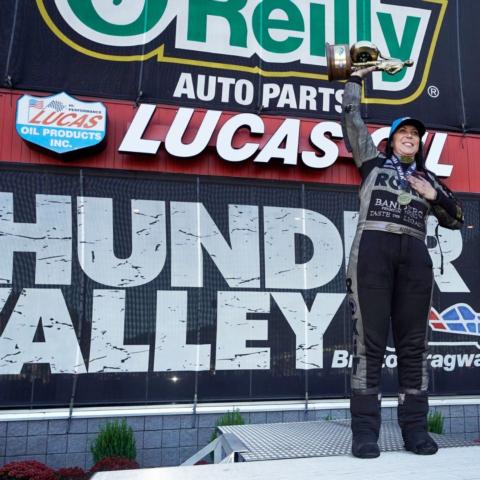 Alexis DeJoria had a dominating weekend at Bristol Dragway last October, winning the NHRA Thunder Valley Nationals from the No. 1 qualifying position. 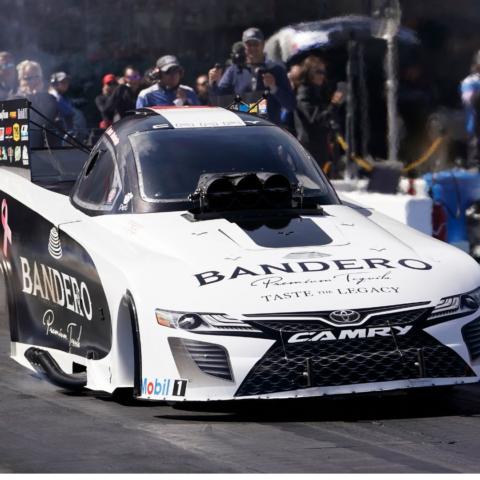 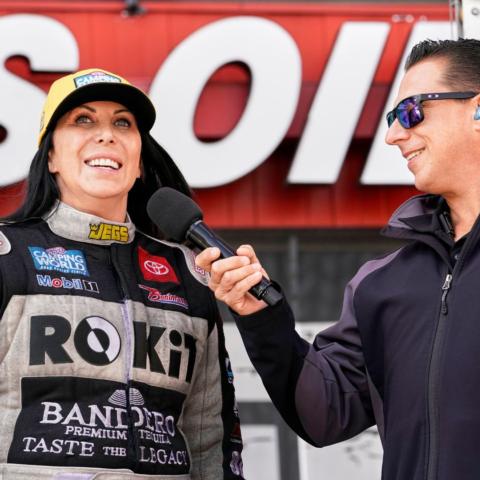 Alexis DeJoria is hoping to find that same magic at Bristol Dragway that she used to have one of the best Sundays of her young racing career last October during the NHRA Thunder Valley Nationals.

This time around, she’d like to grab an NHRA Camping World Drag Racing Series victory at the historic and revered dragstrip in Northeast Tennessee on Father’s Day weekend, June 17-19.

DeJoria says it would be awesome to give the Wally trophy from Bristol to her dad, John Paul DeJoria, as a very special Father’s Day gift. Last year when she won at Bristol the race was moved to an October Countdown Playoff spot from its traditional mid-June date.

“It would be great if my dad was there to celebrate with me,” DeJoria said. “He's never been out to that track before. Maybe I can get him to come out this weekend. But obviously getting a win on Father's Day would be special for my father, who obviously supports what I do very much. So on every level it would be the icing on the cake. Obviously, being a daughter, you want to make your father proud. And that's I think the ultimate.”

DeJoria says racing at Bristol has always just clicked for her. It’s the track where she made her first career final round appearance, a runner-up effort in 2012 to Funny Car veteran Ron Capps. And last October, she had a dominating weekend with crew chief and team partner Del Worsham as she claimed the No. 1 qualifying position and raced past a tough lineup of rivals including J.R. Todd in the final round to claim the victory.

“Yeah, it was the first place I went to my first pro nitro final with Del Worsham as my crew chief when I started off with Kalitta motorsports, so there's just a good vibe there for me,” DeJoria said. “I love the fans. I love where the track is. I love the acoustics. I mean, there's so much about that track that makes it really special.”

DeJoria has claimed six NHRA Funny Car wins in her career. After a bit of a sluggish start to the 2022 season, she is hoping to turn the tides on her season and increase that total as the circuit heads to Bristol. After advancing to the final round at the Four-Wide race at Las Vegas at the controls of her ROKiT Phones/Bandero Tequila Toyota GR Supra, DeJoria has been in a mini-slump the last four races.

“It's been a while since I've been a returning champion,” DeJoria said. “So I'm really excited. Bristol's been one of my favorite tracks for a while. And yeah, I mean, we’ve got one round win in the last couple races, so we definitely need to do better than that. And Bristol, Bristol is the place to do it.”

DeJoria says she isn’t sure why Bristol has become one of her favorite tracks. She says there are other tracks that she’s tried to love but has had nothing but heartbreak. At Bristol, she says she feels the love.

“It's got a special place in my heart, so there are tracks that you just maybe don't feel comfortable with,” DeJoria said. “It’s just the surroundings, the ambience, the sound, whatever it is, is just not the same (at other tracks). I think it's just like the luck of the draw, some tracks you have more luck at than others; certain things catch your eye or, certain things don't. But yeah, Bristol's definitely up there for me.”