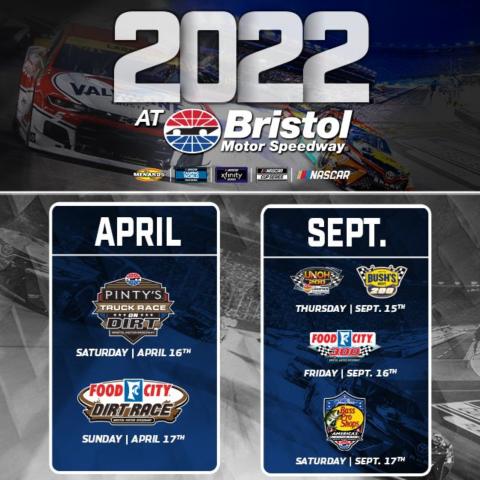 Get APRIL Tickets
Get September Tickets

The Pinty’s Truck Race on Dirt will be held Saturday, April 16, as the primary companion race to Sunday night’s Food City Dirt Race in the NASCAR Cup Series on the dirt transformed Last Great Colosseum.

Season ticket packages for both 2022 NASCAR weekends at Bristol Motor Speedway are on sale now, and fans can also purchase single tickets for any of the NASCAR events scheduled on those weekends. To purchase tickets, please click here or call the BMS Ticket Sales Center at (866) 415-4158.