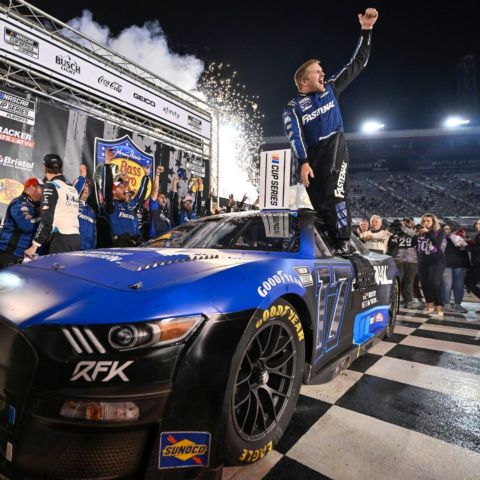 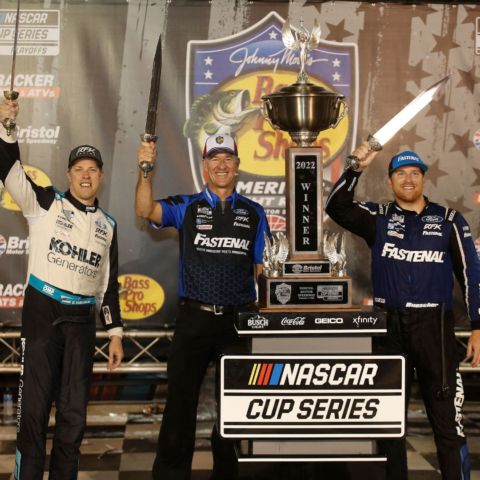 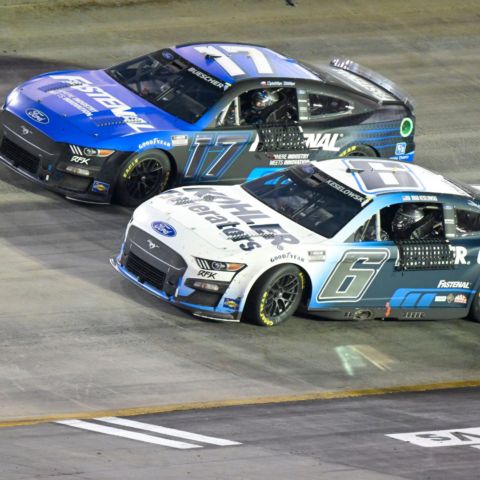 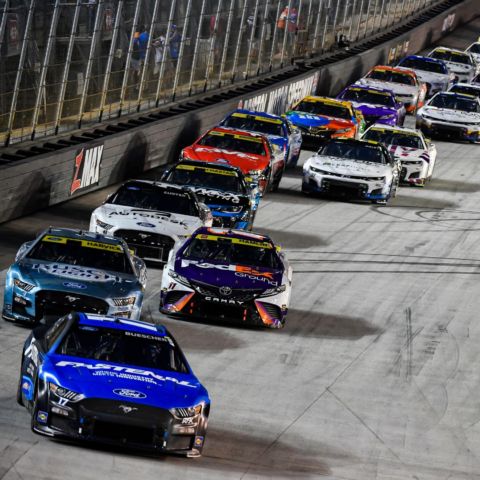 Buescher, who snapped a 222-race winless streak in the NASCAR Cup Series by taking the checkered flag in Saturday’s Bass Pro Shops Night Race, was beaming as he looked at the huge BMS trophy and held up his BMS Gladiator Sword on Bristol’s legendary rooftop Victory Lane.

There was no need to ask Buescher if he considers the Bristol Night Race as one of the sport’s crown jewels. For Buescher, it is THE Crown Jewel.

“This has been No. 1 on my list for a really long time,” Buescher said. “I actually love this racetrack. I’ll take this win over a Daytona 500, a Coke 600, this is my big race, right here.

“I don’t know if I believe this yet.”

The Texas driver held off Chase Elliott, William Byron and Christopher Bell to take the hard-earned victory, in a race that was the cut-off in the Round of 16. Buescher became the season’s 19th different winner and also was the third-straight non-playoff driver to win in the first round of the NASCAR Cup Series Playoffs.

He said for him, it has always been a love at first sight situation with Bristol Motor Speedway.

“This place has that special feel,” Buescher said. “The excitement I got walking through that tunnel yesterday and seeing concrete, clean concrete, was really big.

“It’s always special coming here. Fans were jacked up, and we had fantastic weather. Fans showed up in huge numbers, and it was great to see the fans packing the stands here at Bristol again. All that just adds to this being my favorite racetrack. And I’m not saying that because I’m sitting here at Bristol. I’ve got in trouble at a lot of different racetracks for saying that on their stages beforehand and gotten yelled at, but it’s the truth.

“This is the one, the one we’ve been looking forward to for a really long time, and it’s just a special place, unlike anywhere we go.”

Buescher’s team owner, Brad Keselowski, the 2011 Night Race winner who led two times for 109 laps Saturday and ultimately finished 13th, was very proud of his driver who pilots the No. 17 RFK machine.

“Chris deserves a lot of credit, this is not an easy race to win, it never has been,” Keselowski said. “The Bristol Night Race is a race that champions win.”