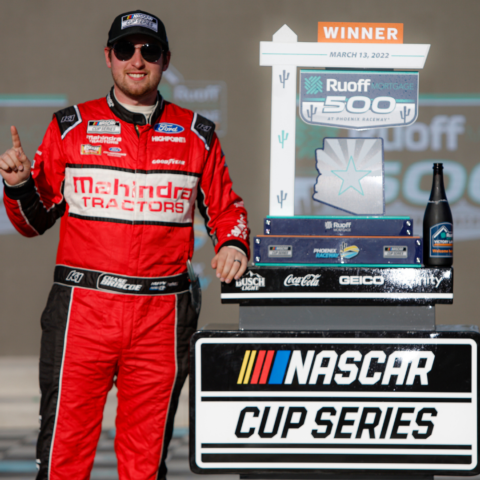 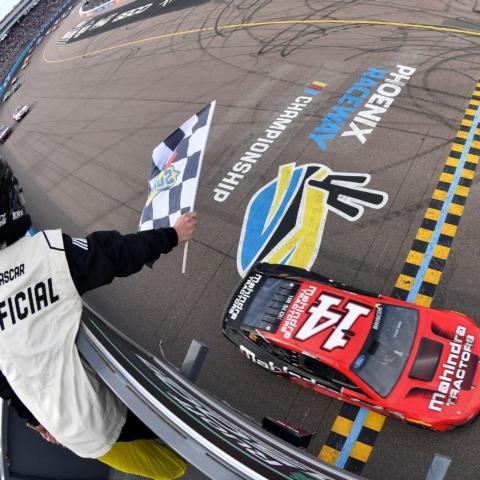 GOODYEAR, Ariz. -- There was no shortage of motivation as three drivers all vying for their first-career victory in the marquee NASCAR Cup Series decided the dramatic outcome at Phoenix Raceway on Sunday afternoon. Briscoe and the rest of the Cup Series drivers head to Bristol on April 15-17 for the running of the Food City Dirt Race.

Stewart-Haas Racing’s Chase Briscoe had to hold off the field on not one, not two, but three late race restarts on the one-mile desert oval, including the final restart with three laps remaining to earn his first career NASCAR Cup Series win in the Ruoff Mortgage 500.

The 27-year-old Briscoe is the 200th different winner in NASCAR’s premier series and last year’s Rookie of the Year earned the victory- by .771-seconds over Ross Chastain - in only his 40th start.

“I was crying the whole last lap. This is definitely a team win, but I’ve got to thank everybody that’s got me to this point. Just seven years ago I was sleeping on couches, volunteering at race shops and was literally driving home to give up.

“Unbelievable,’’ he continued, smiling. “So blessed to be here driving for this organization this team and this car that was my hero’s (NASCAR Hall of Famer Tony Stewart) growing up.

“To everybody that’s believed in me, it’s unbelievable.’’

Fast pit stops for Briscoe’s John Klausmeier-led crew helped all day. His 101 laps out front was second only to pole-winner Ryan Blaney’s 144 laps led. But Briscoe certainly had to earn this win on track holding off the field on those late race re-starts with cars sometimes fanning out seven-wide in the frenetic shuffle to the front.

Chevrolet drivers Chastain and Tyler Reddick took Briscoe three-wide on the final restart – all fueled by the motivation of that first win, but Briscoe’s Ford was able to drive away leaving them to settle runner-up between themselves.

“That was so much fun to get to race like that at this level,’’ Chastain said, adding of the last lap competition, “That’s so cool to race with Tyler and Chase. That’s everything I’ve ever wanted.”

Reigning NASCAR Cup Series champion Kyle Larson, who ran up front for much of the race, suffered a DNF – pitting with 74 laps remaining with what his crew diagnosed as a broken valve spring in his No. 5 Hendrick Motorsports Chevrolet. Larson was officially scored 34th - the second sub-30th place finish of the season, including a crash at the Daytona 500 (32nd place finish).

Larson already scored a victory at Auto Club Speedway this season, however, and is still ranked fourth in the championship, 10 points behind new leader Logano. Kyle Busch is third, five points back.

Both Hendrick Motorsports’ William Byron and Penske’s Blaney earned their first Stage wins of the season. There were 15 lead changes among six drivers.

The circuit will return to Bristol Motor Speedway April 15-17 for the Food City Dirt Race. It is the second time in the modern era that the Cup Series will compete on a dirt surface. Joey Logano won the Cup Series' historic return to dirt last year at BMS. To purchase tickets, please call (866) 415-4158 or click here.