Country Thunder with Morgan Wallen returning to BMS in 2022 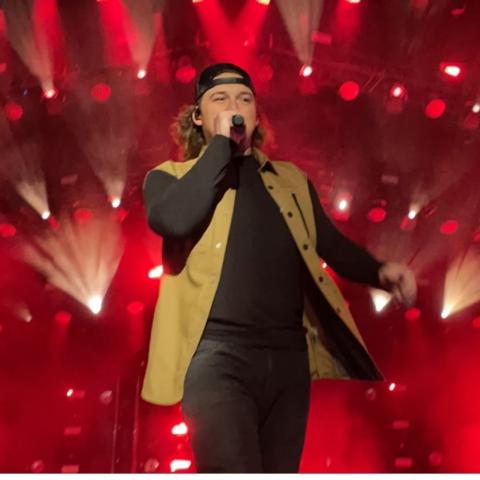 Morgan Wallen entertained a huge crowd at the Country Thunder Bristol show Saturday night at BMS and will return to the NASCAR track in 2022 to headline the show once again. 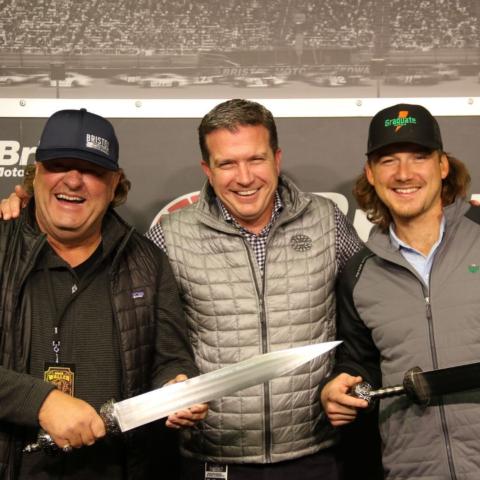 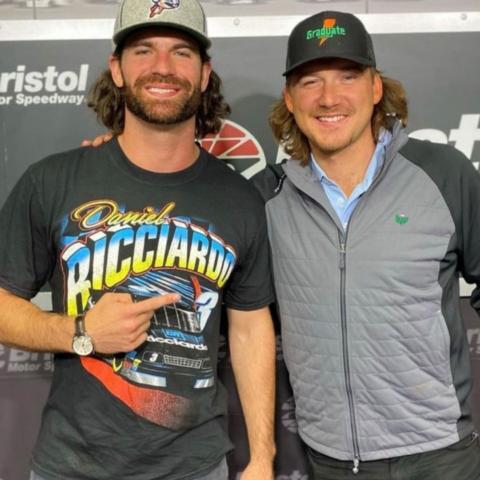 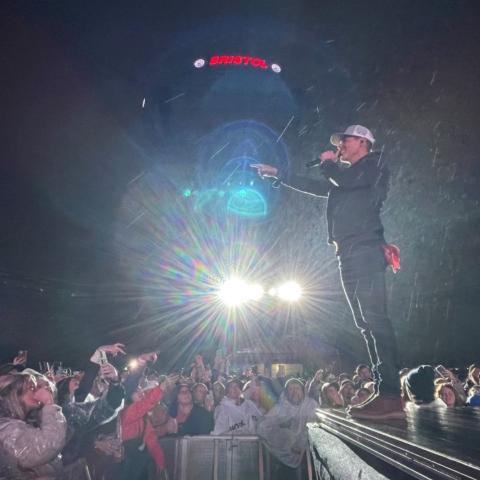 Among the opening acts was Granger Smith, who performed his hit "Holler" with his alter ego Earl Dibbles Jr. 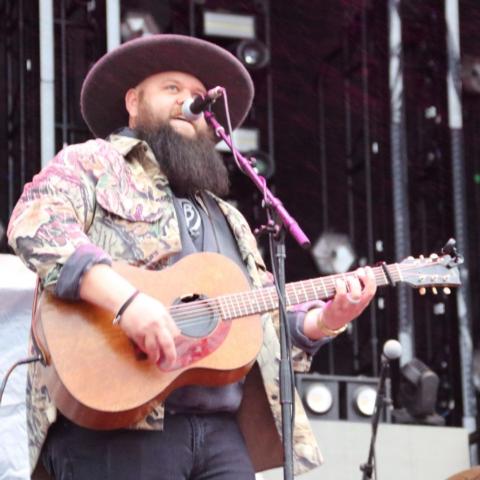 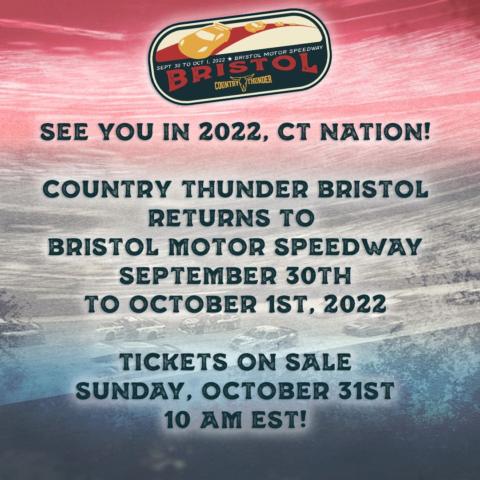 Officials from Bristol Motor Speedway and Country Thunder announced tonight that superstar Morgan Wallen will return to The Last Great Colosseum in 2022 as the headliner for a two-day Country Thunder event, once again turning the iconic high-banked NASCAR short track into the World’s Loudest Half-Mile.

Country Thunder Bristol will be held inside the famed raceway Sept. 30-Oct. 1 in 2022. Tickets go on sale tomorrow, Sunday, Oct. 31, at 10 a.m. ET at www.countrythunder.com. Additional artists joining Wallen will be announced at a later date.

“With the overwhelming success of the first Country Thunder Bristol, we are excited to announce we are doing it again next year with our friend Morgan Wallen,” said Troy Vollhoffer, CEO, Country Thunder. “With all the fan support, these beautiful Appalachian mountains and Bristol Motor Speedway, there is nothing else like it.  Thanks to the fans, we can’t wait to come back here next year.”

This weekend’s inaugural Country Thunder Bristol event sold out quickly with East Tennessee native Wallen, from nearby Sneedville, Tenn., serving as the event headliner. Wallen, whose recent album, Dangerous: The Double Album, has set Billboard records as it has skyrocketed up the charts.

“The talent, the crowd and the enthusiasm has been incredible tonight at Country Thunder Bristol 2021, setting the stage for what will be an even bigger event in 2022,” said Jerry Caldwell, executive vice president and general manager, Bristol Motor Speedway. “We are looking forward to expanding the event to two days next year to give our extended community here in the Birthplace of Country Music an awesome weekend of entertainment.”

A strong group of artists got the Country Thunder crowd revved up, including Ernest, Larry Fleet, Jon Langston and Granger Smith. Langston really jump-started the night when he did a cover of Toby Keith’s “Courtesy of the Red, White and Blue.” Smith and his alter-ego Earl Dibbles Jr. opened with their popular hit “Holler” and Smith later covered Tom Petty’s “Free Falling” and also did a moving rendition of “God Bless the USA.”

Wallen, who said it meant a lot to him to be able to play at BMS, took the stage and wowed the Bristol crowd by performing all of his greatest hits. He opened by playing “Sand in my boots” in a piano solo.

Later Ernest joined him on stage and the pair sang “Flower Shop.”

Wallen ended the concert by performing his mega hit, “Whiskey Glasses,” and told the huge crowd he was coming back next year.