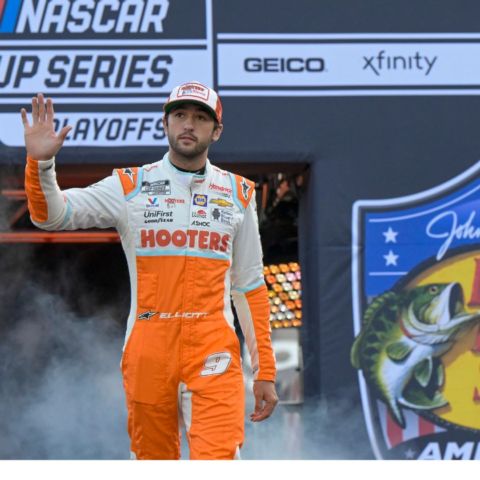 Driver introductions with walk out music is one of the coolest traditions of the Bass Pro Shops Night Race. Chase Elliott selected Ride The Lightning – 717 Tapes by Warren Zeiders. 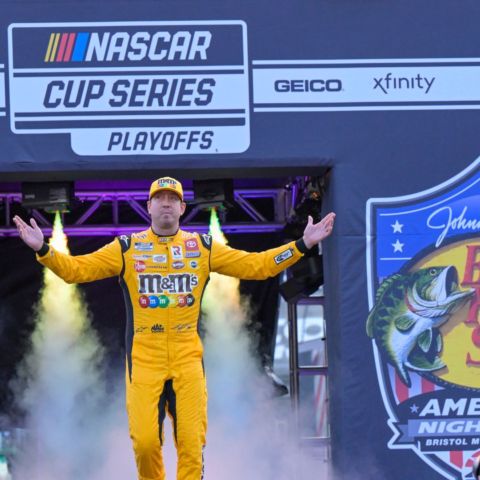 Kyle Busch is always a polarizing figure at Bristol Motor Speedway, getting as many boos as cheers from the fans. He selected the Rowdy Song by Raytona 500.

One of the most popular traditions in NASCAR Cup Series racing continues tonight as drivers walk out to their favorite songs during driver introductions for the Bass Pro Shops Night Race at Bristol Motor Speedway.

It is an event that never fails to fire up the fans in the Last Great Colosseum as the entire field walks out to a song of their choosing, some topical, some self-deprecating, some controversial, but all drawing a crowd reaction.

Drivers have chosen a diverse group of songs for tonight’s 7 p.m. introductions, ranging from hard rock to classical rock to country to movie themes. The drivers will enter the stadium to their song selection and then be introduced by famed announcer Michael Buffer before they hop into the bed of a Chevy pickup to circle the high-banked oval and wave to the fans.

Pole-sitter Aric Almirola will walk out to “Without Me” by Eminem, while outside pole-sitter Chase Briscoe reached way into the past to pull out “The Boss” by James Brown and the JBs.

Christopher Bell, who leads the Cup Series Playoff standings headed into tonight’s cutoff race for the Round of 16 selected “Remember The Name” by Fort Minor as his walkout tune, while William Byron, second in the Playoff standings, will enter the track to “CHANT” by Macklemore.

Austin Cindric, in a tight battle for the final cutoff spot with Kyle Bush, Austin Dillon and Briscoe, went the heavy metal route with “Run To The Hills” by Iron Maiden.

Busch appropriately opted for “The Rowdy Song” by Raytona 500 while Dillon chose “Narcos” by Timmy Trumphet.

Denny Hamlin and Cole Custer both went with movie themes, with Hamlin choosing “Hard-Knock Life” from Annie, while Custer went with the theme from Top Gun.

Following is a full list of drivers and their song choices.