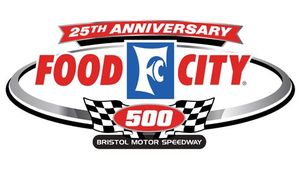 "Food City is honored to be a long-time friend of the Earnhardt family and we're extremely proud to have served as a past sponsor for both Dale Sr. and Dale Jr.  We thought it befitting to honor their family's commitment to the sport during our 25th Anniversary Food City 500," said Steve Smith, Food City president and chief executive officer.

Racing since the early 1990s, Kerry Earnhardt's first competitors were his sister and brother, driving street stocks before he began his professional career in the Goody's Dash Series.  Voted Late Model Stock Rookie of the Year, he was also a competitor in the NASCAR Busch, ARCA, Camping World Truck, Sprint Cup and Nationwide Series.

Kelley Earnhardt Miller learned how to drive from her father around their family farm when she was 12 years old.  Later, racing stock cars at local tracks, ESPN commended her for her "aggression, mental toughness and willingness to push the car to its limits".  She currently serves as general manager of JR Motorsports.

The Food City team named Steve Smith, company president and chief executive officer to serve alongside the Earnhardts as Honorary Starter and wave the green flag to signal the start of their 25th Anniversary event.

"Steve's foresight helped pave the way for Food City's involvement with Bristol Motor Speedway and NASCAR racing for more than 25 years.  He is an extraordinary visionary, mentor and leader, as well as a tremendous supporter of his family, friends, colleagues and community.  We wanted to take this opportunity on our 25th Anniversary to honor his commitment to our customers, our company and the sport," said Kevin Stafford, vice president of marketing for Food City.