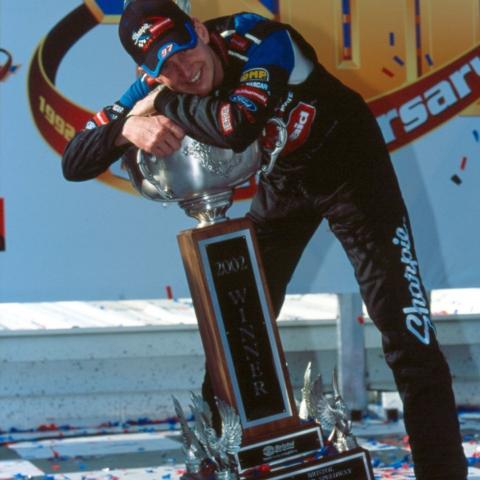 Kurt Busch scored his breakthrough NASCAR Cup Series victory at Bristol Motor Speedway during the 2002 Food City 500. He is part of an elite fraternity of drivers who claimed their first series victories at Bristol, including Dale Earnhardt Sr., Rusty Wallace, Ernie Irvan and Elliott Sadler. 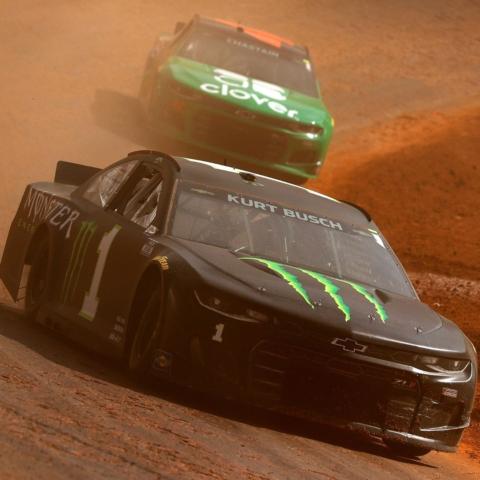 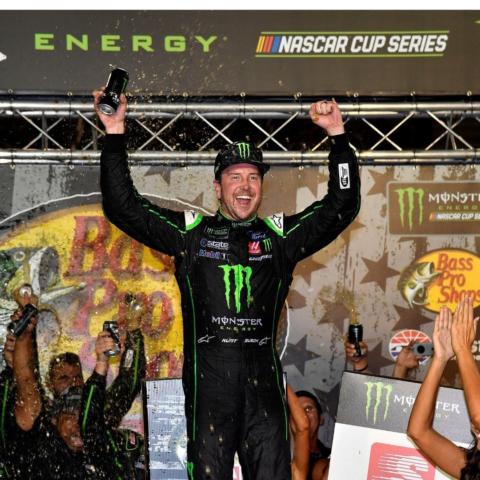 Kurt Busch celebrates the most recent of his six career Cup victories at Bristol Motor Speedway in 2018, a race that many historians declared an "instant classic" and a race that Busch famously christened BMS "the Holy Grail of Short Tracks".

When Kurt Busch is asked about all of his success at Bristol Motor Speedway, he always pauses and has a slight smile when he thinks back to the first time he ever jumped into a NASCAR Cup Series machine around the all-concrete high-banked bullring where so much NASCAR history has unfolded.

You see, Busch’s success at Bristol was earned through the school of hard knocks in his first two visits to the ultra-challenging short track nestled in the mountains of Eastern Tennessee. It wasn’t instant.

This season Busch is celebrating the milestone 20th anniversary of his first Cup Series victory, which came at BMS back in 2002. He is part of an exclusive fraternity of NASCAR hall of famers who tamed Bristol to get that first ‘W’ on their resumes. That short list also includes Dale Earnhardt Sr., Rusty Wallace, Ernie Irvan and Elliott Sadler.

Before Busch mastered the World’s Fastest Half-Mile that Sunday afternoon in the Food City 500 at the controls of the No. 97 machine for Roush Racing, he used his first two starts at Bristol during his rookie season in 2001 to “get adjusted” to a short track that races like a superspeedway. He finished 42nd in his first ever Bristol start and then posted a 25th place effort in his second BMS start.

Busch is proud to have overcome that rough introduction to The Last Great Colosseum and graduate as a highly-decorated member of the elite group of drivers who conquered Bristol to earn their breakthrough victory on the NASCAR Cup Series.

"Wow, it's hard to imagine that it's been 20 years since my win at Bristol," Busch said recently. "It's been a great ride. I was so intimidated my first time at Bristol, I feel like I wrecked five times in the first 100 laps. Then I was able to come back my second year in about my 50th race and win the spring race there."

After getting that first BMS win, Busch unlocked the Bristol secret that only a handful of drivers have discovered over the years. It's a powerful secret that has allowed drivers to score multiple victories, and a few, like Busch, to earn consecutive wins at the high-banked oval. Since 2002, Busch has become one of Bristol’s winningest drivers with six total victories.

Busch says he remembers an amazing feeling after holding off Dale Earnhardt Jr. and Cup veterans Jimmy Spencer and Ricky Rudd to take that win in 2002. He said it was like reaching the top of Mount Everest.

"What I remember so vividly was that Jack Roush came up to me after practice and said the car looked really good on exit of turn four," Busch recalled. "That's what I was telling my crew chief Jimmy Fennig, is that my car is really dialed in and feels great on the exit of turn four. That's the spot where I've watched Rusty Wallace, Darrell Waltrip, Dale Sr. and all of the big names win at Bristol, because their car would really carve off of turn four. It was a great battle with Jimmy Spencer; I moved him out of the way, but I wasn't going to take no for an answer that day. It was really cool to get my first win at Bristol."

The Las Vegas native will be going after lucky Bristol win number seven when the Cup Series returns for the Food City Dirt Race, April 15-17. This time around, Busch will be driving the No. 45 machine for 23XI Racing. Busch is teammates with Bubba Wallace, who pilots the No. 23 for the two-car team that is owned by NBA legend Michael Jordan and fellow Cup star Denny Hamlin.

In last year’s historic Food City Dirt Race, the first dirt race for the Cup Series in more than 50 years, Busch finished 16th after starting 28th. So far this season Busch has had a strong start to the season, posting a third place finish at Atlanta, fifth place effort at Phoenix and an eighth place showing in Southern California.

Busch’s most recent Cup victory at Bristol during the Bass Pro Shops Night Race in 2018 was highly ranked on fan polls and has been called an “Instant Classic” by many racing historians. That night Busch emerged the winner in an explosive race that featured a bunch of crashes and a big mix of race leaders. He eventually held off Kyle Larson, Chase Elliott, Joey Logano and Clint Bowyer to take the checkered flag.

“This track brings out the best in everybody,” Busch said after the 2018 win. “Just to come here and feel that Saturday night atmosphere and racing under the lights, it brings you back to your roots… When you come to the 'Holy Grail of Short Tracks,' you want to win it.”