NASCAR has seen a parade of first-time Cup winners in 2022; Could another triumph at Bristol? 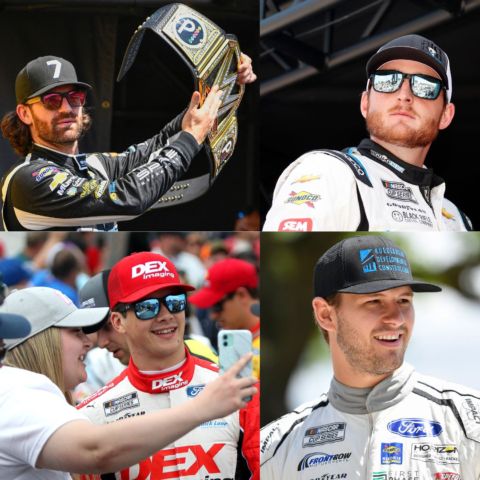 With so many first-time winners in the NASCAR Cup Series this season, who will be the next to claim a trophy? Several notable drivers are at the top of that list entering the Bass Pro Shops Night Race at Bristol Motor Speedway, including from top left clockwise: Corey LaJoie, Ty Dillon, Todd Gilliland and Harrison Burton. 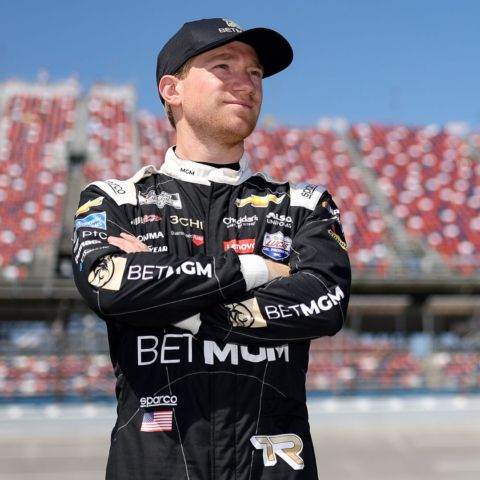 With two victories this season, Tyler Reddick is one of five NASCAR Cup Series drivers who broke through this season to earn their first career victories. He will be one of the drivers to watch in the NASCAR Playoffs during the Bass Pro Shops Night Race at Bristol Motor Speedway, Sept. 17. 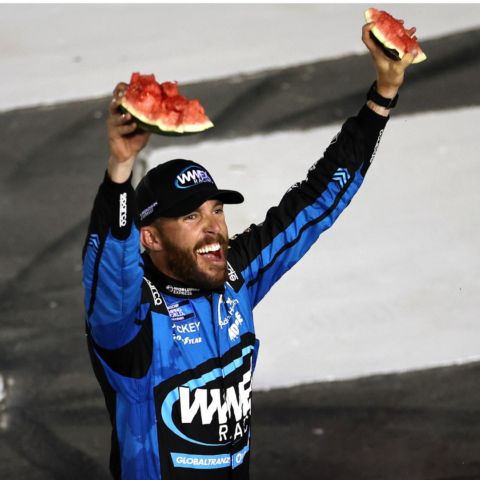 Trackhouse Racing's Ross Chastain celebrates a victory by busting open a watermelon. He's done that two times this season as his stock in the NASCAR Cup Series continues to rise. 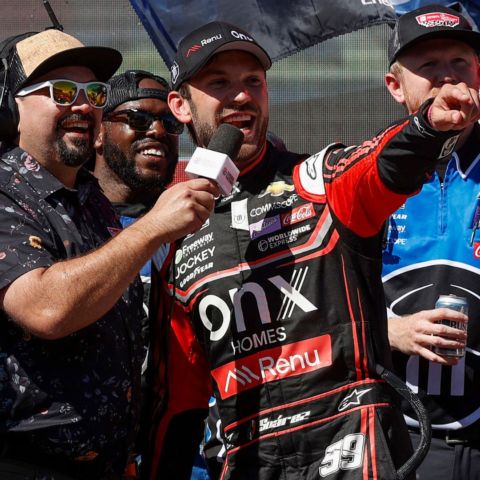 Popular driver Daniel Suarez earned his first Cup victory earlier this season at Sonoma Raceway and will be competing in the NASCAR Round of 16 Playoffs for the first time in his career. 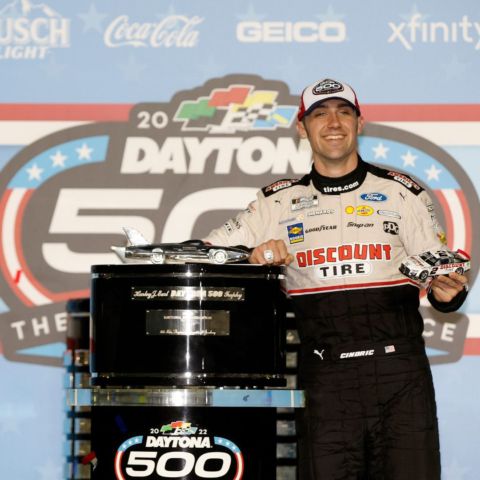 Rookie driver Austin Cindric got the first-time winners' party started in February by winning the Daytona 500. 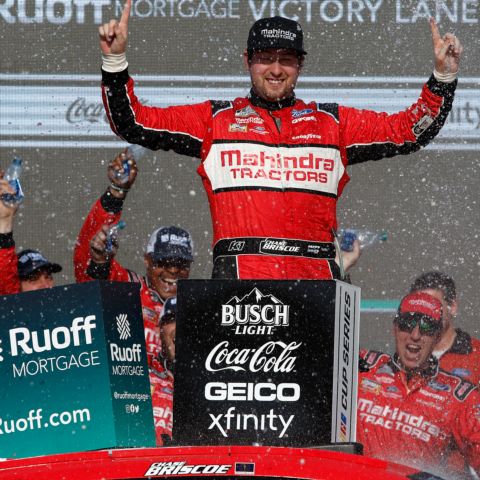 The 2022 NASCAR Cup Series season is quickly becoming known as the season of ‘First-Time Winners.’

During the modern era, five first-time winners in a season is the record. Prior to this season it has happened three other times, 2001, 2002 and most recently in 2011. Of course, the all-time NASCAR Cup record for first-time winners happened in 1950 when 12 first-timers won as the sport was getting started.

This season is certainly becoming one to remember on that front, considering the debut of the Next Gen car combined with how many talented veterans are still looking to win this season. In addition to the five first-timers, 10 other drivers have also won as of press time for this news release. It’s very possible that this could be the first season in the Playoff era where all 16 Playoff drivers are regular season winners.

Veteran driver Kevin Harvick just joined the Playoff lineup by winning last weekend in Michigan. The five first-time winners this season includes a rookie, two sophomore drivers and two who had been seeking that elusive win for a few seasons.

Cup Series rookie Austin Cindric got the party started in grand fashion by winning the Daytona 500. Then sophomore racer Chase Briscoe grabbed his first Cup trophy a few weeks later in Phoenix. Trackhouse Racing star Ross Chastain was able to smash a watermelon for the first time with his memorable win at Circuit of the Americas in Texas. Shortly after, Daniel Suarez ripped open a Pinata in victory lane while wearing a Sombrero after claiming his emotional first Cup win at Sonoma. Last month, talented Tyler Reddick, who had some narrow misses throughout the year, also joined the club with a convincing victory at Road America. Reddick and Chastain have quickly added second wins to their resumes this year.

The group who will head to Bristol looking to stamp their passport to Cup Series Victory Lane includes most notably series veterans Ty Dillon and Corey LaJoie and class rookies Harrison Burton and Todd Gilliland.

Bristol Motor Speedway isn’t known as a place that produces breakthrough winners. In fact, the five drivers who won their first Cup race at Bristol is an incredible list, starting with the Intimidator, Dale Earnhardt in 1979. The others are also NASCAR All-Stars: Rusty Wallace, Ernie Irvan, Kurt Busch and Elliott Sadler.

“Bristol is such a challenging track that historically rookies and drivers with less experience just don’t traditionally fare too well on the all-concrete high banks,” said racing historian and journalist David McGee. “Considering only one rookie, Dale Earnhardt Sr., has won at Bristol in its 60-plus year history tells you all you need to know about how tough it is to get a win at Bristol when you are busy trying to figure out how to race there and just stay out of trouble. Just finishing at Bristol is a major accomplishment for a newcomer.”

The tracks with the most first-time winners in Cup Series history are Daytona (23), Martinsville and Talladega (12 each), and Charlotte (10).

Dillon, who has been racing Cup cars since 2014 with 189 career starts has a best finish of third (Talladega) and LaJoie recently challenged for a victory at Atlanta three weeks ago in his No. 7 Spire Motorsports Chevy. Both of those drivers have raced well at Bristol and would love to make that track the site of their first Cup win.

Second-generation racer Burton needs a win this year to keep pace with Cindric. Driving the famed Wood Brothers No. 21 machine, he posted a career-best finish of fourth two weeks ago at the Indianapolis Motor Speedway Road Course. The race also featured all three rookies finishing in order in the top five.

Burton, who won an ARCA race at BMS in 2017, says it’s been a blast this year having a competitive rookie race with rivals Cindric and Gilliland.

“It’s been fun to kind of go back and forth and joke around with each other about it and use it as some competitive edge,” Burton said. “And then Austin goes off and wins the first race of the year, and that kind of made it harder for us because then we had to go match that.

“So, which is cool, it’s exciting. I mean, there’s been a lot of new winners this year and some first-time winners. So I think there’s room there to do it. You’re just going to have to have a spectacular day.”

Suarez, who nearly quit the sport after hitting “rock bottom” in 2020, has had a resurgence at Trackhouse Racing in his No. 99 Chevy. His win at Sonoma proved that he belongs at the top level of NASCAR.

“It doesn’t change anything,” Suarez has said. “In reality, everything is the same. The only difference is that we accomplished a very big goal. But life doesn’t change. We have to continue to do our job. We now know that we can do it. I know I’m a winning driver, and together we’re building something great.”

Briscoe, who won at Phoenix and was part of a wild finish at the Food City Dirt Race in April when he and Reddick made contact in turn four on the final lap that ultimately opened the door for a Kyle Busch victory, says getting that win was life changing. Briscoe, who drives the No. 14 for Stewart-Haas Racing, will be one of the drivers looking to advance in the Round of 16 Playoffs.

“Seven years ago, I was sleeping on couches, volunteering at race shops, and was literally driving home to give up (racing),” Briscoe has said. “Then Briggs Cunningham and Kerry Scherer and Beth Cunningham gave me an opportunity, and it’s led to this.”

On Friday, Sparks are sure to fly in the Food City 300, as NASCAR Xfinity Series favorites A.J. Allmendinger, Noah Gragson, Justin Allgaier, Ty Gibbs and Josh Berry will be trying to lock in their Playoff positions in the season’s final regular season race (Sept. 16, 7:30 p.m., USA Network, PRN Radio). The stars of the NASCAR Cup Series will take to the track on Saturday for the Bass Pro Shops Night Race (Sept. 17, 7:30 p.m., USA Network, PRN Radio), where you’ll get to see all of your favorite drivers racing hard to advance in the first elimination race of the Playoffs.