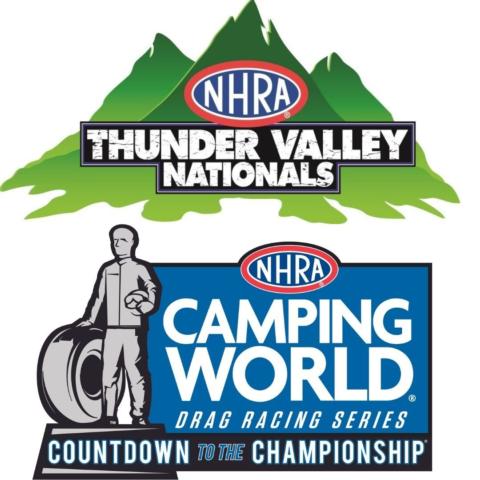 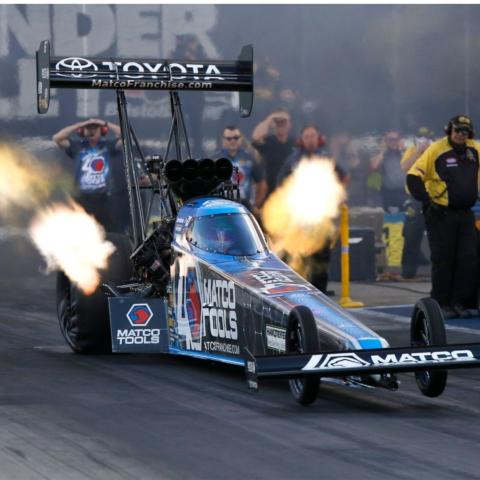 Three-time NHRA Top Fuel world champion Antron Brown knows the stakes are high at the NHRA Thunder Valley Nationals, Oct. 15-17, during the NHRA Camping World Drag Racing Series Countdown to the Championship Playoffs. Brown says he is looking for a Bristol victory as the track remains one of the only ones on the circuit where he hasn't scored a win. 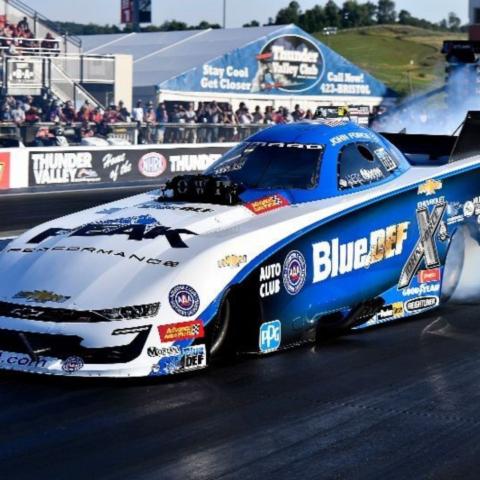 John Force is a 16-time NHRA Funny Car world champion and a four-time winner of the NHRA Thunder Valley Nationals at Bristol Dragway. He is in the hunt for another series crown as the circuit returns to Tennessee for a round of its Countdown to the Championship Playoffs, Oct. 15-17.

For the first time in the history of the NHRA Thunder Valley Nationals at Bristol Dragway, the race is set to be one of the circuit’s six Playoff races. The post-season spot on the NHRA’s 20-race schedule also means that the event will be held in the fall, which is another first for the fan-favorite event that is celebrating its 20th anniversary in 2021.

Certainly, the stakes will be high and with national record performances a possibility, the third to last race on the NHRA Camping World Series schedule is sure to feature teams gunning for championship glory in the NHRA Thunder Valley Nationals, Oct. 15-17. Veteran drivers like three-time world champ Antron Brown in Top Fuel and 16-time Funny Car champ John Force know there’s no time like the present to improve their championship hopes than with a win at Bristol.

Force, a four-time winner at Bristol Dragway, is currently third in the championship standings at the controls of his 11,000 horsepower Chevy Camaro, trailing rivals and former series champs Matt Hagan and Ron Capps in the points order.

“We are excited, we are in the Countdown and there is some tough competition right now, and we will see where it goes,” Force said. “It’s going to be a tough battle with Hagan, who took the lead at the last race, and Capps is right ahead of me, and then there’s Robert Hight and (Bob) Tasca (III) who are in it and trying to fight their way up the ladder. I love going to Bristol, I think it’s one of the best tracks on the circuit.”

Force is looking forward to racing at Bristol Dragway at this time of year, where he expects the weather to be much cooler than what the teams have been accustomed to on the traditional Bristol date on Father’s Day weekend in June. With cooler temperatures, the nitro teams can produce more horsepower, which could equal a record-setting show at Thunder Valley.

“I really like having Bristol in the Countdown later in the season,” Force said. “We’ll have some great racing and great crowds there and we could see some record runs, but it all depends on the weather.”

Brown, currently seventh in the points standings, says he and his team discovered a gremlin on his Don Schumacher Racing owned Top Fuel dragster at the recent St. Louis race that’s been plaguing them for the last six races. He says with that issue finally resolved, his team is going to be trying to make up some ground in the standings with a solid run at Bristol.

It’s a track he is still trying to check off of his victory bucket list. His only final round appearance at Bristol came in 2011 where he posted a runner-up finish to Larry Dixon. Currently sitting seventh in points with one win on the season, Brown knows it’s now or never if he’s going to make a title push.

“This race is going to be the breaking point for a lot of teams,” Brown said. “After Bristol we are going to know who is going to be running for a championship and who is going to be racing for fourth and below. For us, a team that’s a little lower on the totem pole, we definitely have to show out in Bristol. We’ve had a lot of qualifying success there but we’ve never won at Bristol. It’s one of the only tracks where I have never won. We have something that we want to prove and make a little history there by finally getting a win at Bristol.”

Brown also says with no “boiler room” weather at the track that has an altitude just north of 1,450 feet, the opportunity is there for teams to turn up the wick and let their machines loose in qualifying and on race day.

“I’m excited about coming back to Bristol,” Brown said. “It’s not just the atmosphere where the racetrack is cut inside a mountain, but the part that really intrigues me is that we will be racing there in the fall when the weather is good. We are going to have drag racing weather where you have that nice crisp breeze and to get there in the fall when the weather is going to be right as opposed to what we usually have in the summertime when it can be hot and humid, to see the ETs we are going to yield out there makes me really excited.”

Brown, who is one of the most popular drivers in the NHRA pits, says the fans make racing at Bristol really special.

“The fan appeal from the other races that have already been held at Bristol this year from NASCAR to the dirt track races, the fans came and they really showed out,” Brown said. “I know with the buzz on social media they can’t wait to see our Camping World Drag Racing Series get back to Thunder Valley and I’m really pumped up for it.”

In addition to the nitro teams, the NHRA Pro Stock Motorcycles will be featured in the race, making their debut at Bristol Dragway. The two-wheelers have ran two exhibition races at Thunder Valley in 1999 and 2000, both won by Matt Hines, but have never raced for championship points at the Tennessee track.

Veteran rider Steve Johnson is the current points leader in Pro Stock Motorcycle, and is followed by past champs Angelle Sampey, Matt Smith and Eddie Krawiec in the series standings. The three riders are less than 40 points back of Johnson.

As always, fans will have the opportunity to interact with their favorite drivers as they’re granted an exclusive pit pass to the most powerful and sensory-filled motorsports attraction on the planet. This unique opportunity in motorsports gives fans direct access to the teams, allowing them to see firsthand the highly-skilled mechanics service their hot rods between rounds, and get autographs from their favorite NHRA drivers.