The 2022 BMS Neighborhood Heroes gathered for a group photo in the Media Center prior to pre-race ceremonies Saturday. 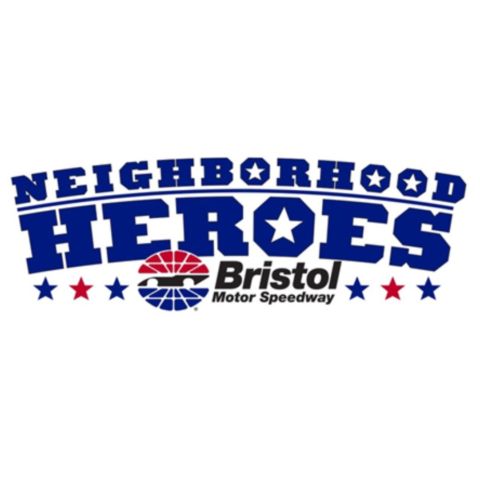 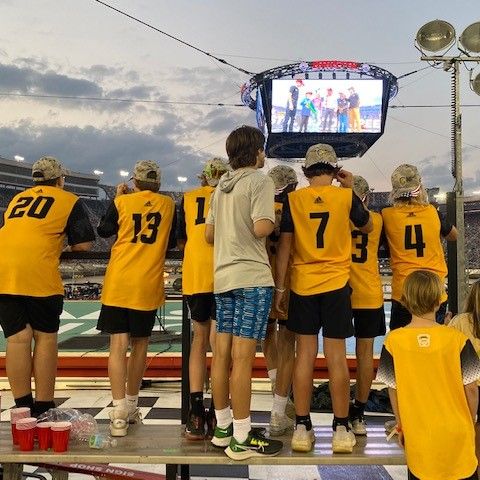 The Nolensville Little League All-Stars will be honored as BMS Neighborhood Heroes Saturday during pre-race ceremonies at America's Night Race. 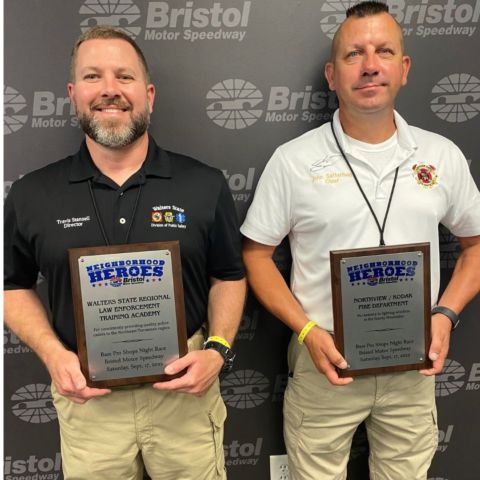 The Nolensville Little League All-Star team, who made a stellar run in the Little League World Series in August and captured the hearts of nearly every Tennessean with their ‘magical’ play, were honored as Neighborhood Heroes by Bristol Motor Speedway during pre-race ceremonies for the Bass Pro Shops Night Race.

The Nolensville team won the Southeast Region title and ultimately fell to Hawaii in the U.S. championship game. They finished second in the U.S. and fourth in the world at the Little League World Series in Williamsport, Pa. They finished the post-season with a 17-4 record and were named the winners of the prestigious Jack Losch Sportsmanship Award for the way they handled their businesses on and off the field.

“This amazing group of young men conducted themselves with such class and competitive fire in the Little League World Series, accomplishing something very special that the entire state of Tennessee is very proud of,” said Jerry Caldwell, president and general manager, Bristol Motor Speedway. “We are so delighted to be able to honor the team here at The Last Great Colosseum on Saturday night as BMS Neighborhood Heroes for their tremendous achievements.”

The Nolensville team were joined by members of the Walters State Regional Law Enforcement Training Academy and the Northview/Kodak Fire Department and were celebrated as BMS Neighborhood Heroes on the pre-race stage prior to the green flag for the Bass Pro Shops Night Race, a NASCAR Cup Series Playoff race.

Nine members of the team and their family members visited iconic Bristol Motor Speedway for the race. The team were honored during pre-race ceremonies, where they met NASCAR driver and former Little League World Series participant Austin Dillon. The group watched the start of the race from Bristol's famed rooftop Victory Lane.

“Never in a million years would I have thought we would be invited to attend a NASCAR playoff race at Bristol Motor Speedway,” said assistant coach Evan Satinoff. “The invitation from Bristol Motor Speedway just solidifies the generosity and love people all around the Volunteer State has for this team. It’s an honor for our team to attend Saturday’s race and be recognized in front of so many passionate fans.”

“To have our team play in the U.S. title game was super surreal,” Satinoff continued. “For all of our players, coaches and families watching the Little League World Series on television has been a tradition for so many years.  Playing the U.S. title game in front of 27,000 people and millions watching worldwide was a moment our Nolensville All-Star family and community will cherish forever.”

The Bristol Motor Speedway Neighborhood Heroes program was launched in 2017 and recognizes first responders, military members and others in our regional communities who have gone above and beyond the call of duty in their professions to make significant impacts in the lives of others. Over the years the program has honored many very deserving individuals from cities all around Bristol Motor Speedway.

The Walters State Regional Law Enforcement Training Academy was honored for the great work it does in replenishing quality law enforcement staff for a variety of agencies. Their cadets fill a variety of positions for law enforcement groups throughout the region and the state of Tennessee. Their most recent class, No. 125, features 51 cadets who will graduate on Sept. 15, 2022. Many of those cadets will be in attendance as guests of Bristol Motor Speedway at the upcoming Bass Pro Shops Night Race. Travis Stansell, director of the Walters State Regional Law Enforcement Training Academy, will accept the award on the pre-race stage along the track’s frontstretch.

The fire fighters of the Northview/Kodak Fire Department were honored for the bravery in their efforts to fight Wears Valley Wild Fires in the Smoky Mountains, which burned over 3,700 acres and forced hundreds of evacuations. During the fire, their truck became instantly surrounded by flames. As it seemed their fate would be the worst and there was no way out, the crew began to call family members to say their goodbyes. Miraculously, before the flames overtook their truck and destroyed it, a forestry bulldozer was spotted across the ridge that made a path that led to a forestry truck that came out of nowhere to haul them away to safety. Members of the Northview/Kodak Fire Dept. will be in attendance at America’s Night Race as guests of BMS. Northview/Kodak Fire Chief John Satterfield accept the award on behalf of his fire unit on the pre-race stage along the track’s frontstretch.