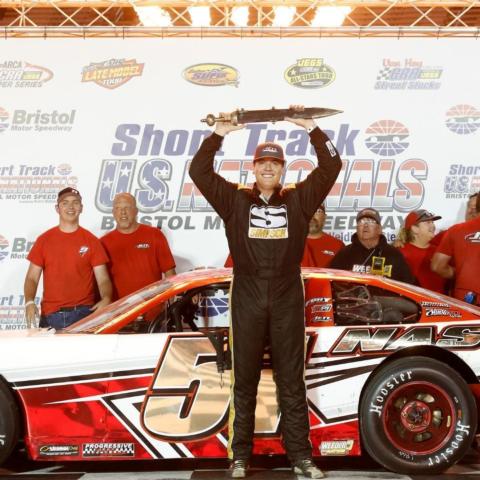 The Pinty’s U.S. Short Track Nationals returns to Bristol Motor Speedway on Saturday, September 26, as some of the top drivers in short track racing will attempt to tame The Last Great Colosseum.  Fans unable to attend the event will once again be able to watch the race live on Speed51.TV via a pay-per-view broadcast for $19.99.

Last year’s event delivered on the hype in the Super Late Model race, as Stephen Nasse rallied to pass Casey Roderick in the closing laps for the win and added his name to the impressive list of past winners that includes Bubba Wallace and Raphael Lessard.

To watch this marquee event, fans can subscribe to Speed51’s pay-per-view broadcast allowing fans from around the world access to see short track racing’s biggest stars. Tickets are also on sale for $15 at bristolmotorspeedway.com.

Competitors will have the option to practice on Friday, September 25, ahead of their battle for the famed Bristol Gladiator Swords.  A final practice session will take place at 11 a.m. Saturday, September 26, before qualifying begins at 1:30 p.m.  The first green flag of the evening drops at 5 p.m., with the C-Feature for the Vores Compacts.