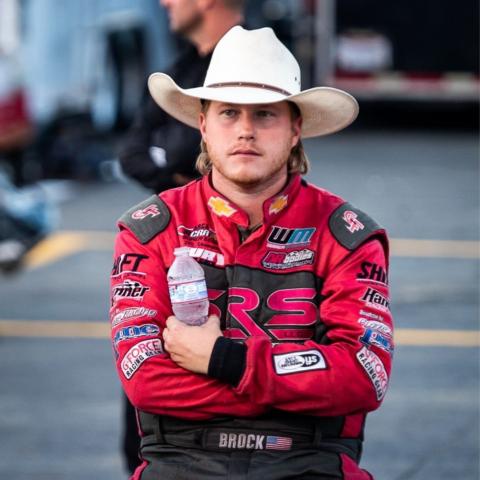 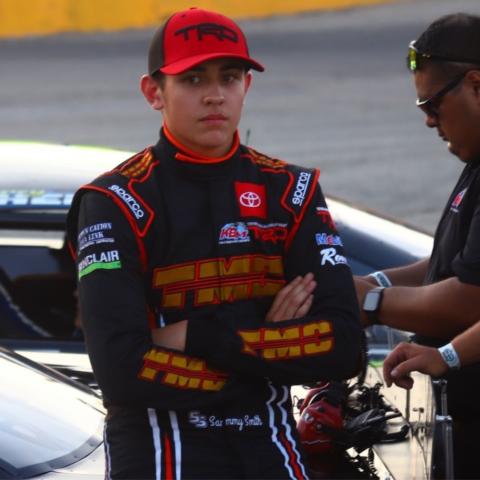 Sammy Smith will drive the Kyle Busch Motorsports No. 51 entry in the Super Late Model class on Saturday at BMS. Speed 51 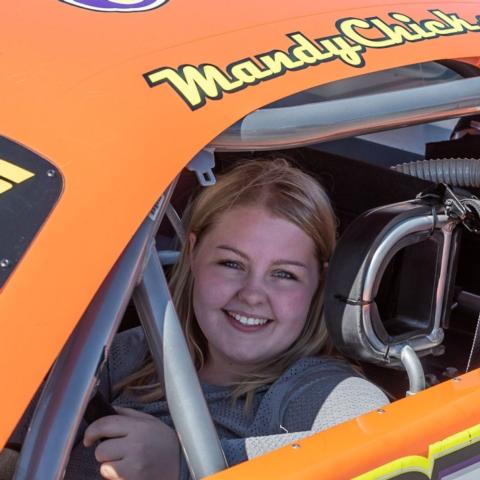 Entering its fourth year, the Pinty’s U.S. Short Track Nationals at iconic Bristol Motor Speedway is quickly becoming one of the favorite events of the season for many Late Model drivers. This weekend many of stock car racing’s rising stars will get to race on the same track that NASCAR Cup Series stars battled on last weekend during the Playoffs. Kevin Harvick held off Kyle Busch to win the Bass Pro Shops NRA Night Race on Saturday, Sept. 19.

For Josh Brock, who will pull double-duty this weekend and compete in both Super Late Model and Pro Late Model, any time he can race at Thunder Valley is a good day in his book.

“Bristol is definitely one of the biggest ones in the country and I hope it keeps going,” Brock said. “The opportunity to come and run at Bristol is amazing for any kind of driver. Anytime you can make a lap at Bristol it should be everyone’s number one priorty. I have raced here a couple of times. I had the track record here in 2011 in Street Stocks. I led 28 out of 30 laps in Street Stock and had a $15 part break that ended my day two laps short of the win. I don’t feel like Bristol owes me one, but let’s just say I really want to be on top of that building taking a picture tomorrow night.”

Brock has claimed one win this season at Anderson Speedway and is looking for more. He’s in the championship hunt in both Late Model classes. He is going to rely on his experience at Bristol to help put him in Victory Lane this weekend. He says racing at Bristol is so much fun.

“Of all the tracks we go to Bristol is that raw speed, super smooth, you are easy on the wheel and a lot of throttle time and a lot of load on the car and yourself,” Brock explained. “It’s one of the most fun places to drive throughout the year and one of the places we circle on the calendar every year. Especially pulling in the track for the first time in the weekend, you just get goosebumps. And driving a Late Model here we are like a second plus faster than the Cup cars here, so it’s really good.”

Kyle Busch Motorsports driver Sammy Smith will be looking to give the team its second victory in the Super Late Model portion of this event. In 2018 Raphael Lessard won the race driving the No. 51 KBM entry.

It will be Smith’s first run at BMS, so he was able to talk with his team owner, 22-time BMS winner Busch, and Lessard, who now competes in the NASCAR Truck Series for KBM, to get some pointers.

“I talked with (Kyle) a little bit before I came here and it definitely helped me a lot,” Smith said. “I also talked with Raphael, he won here in the Super a couple of years ago, and he helped me out a lot. Having never raced here you just talk to people and try to prepare the best you can.”

The Iowa native earned three victories last year in Pro Late Model and is looking forward to his first race at The Last Great Colosseum.

“It’s a big opportunity,” said Smith, who joined KBM through his association with Toyota Development program. “It would mean a lot to win here. There’s a lot of history around this place. I would love to win here for my team. Hopefully we can have a good run and get that sword.”

Another driver who really wants to earn one of the coveted BMS Gladiator Swords this weekend is Pro Late Model contender Mandy Chick. Chick, who finished fourth here last year, says she loves Bristol because of its high-speed, high-force and high-banking.

“Luckily this is one of my favorite tracks, it’s my type of track,” Chick said. “A lot of people struggle here because it puts a lot of force on the cars. You have to make sure your preparation game is top-notch, because any type of crack on the car will get exposed here at Bristol so the cars need to be in great shape for a place like this. I keep a track notebook and know what to expect here.”

Chick is still on the hunt for her first Pro Late Model victory. She says it would be awesome if it happens this weekend.

“It would mean everything,” said Chick, who started racing at age 6 and progressed up through the ranks from USAC Quartermidgets to Modifieds before moving into Late Models.

“It’s incredible,” she continued. “There is so much history here at Bristol. With the high caliber of competition this weekend it would mean everything to win at such a cool place like Bristol.”

In addition to Pro Late Model and Super Late Model the race will also showcase competition in Street Stocks and Compacts. On Saturday, teams in all classes will have a final practice starting at 11 a.m., followed by qualifying and then racing will begin at 4 p.m.

A limited number of spectator tickets are available for the race. Fans are encouraged to purchase their reserved grandstand tickets by Thursday, September 24 at 11:59 p.m. in order to take advantage of a $5 discount off of $20 adult ticket prices. Kids (12 and under) tickets are $5. All BMS events now feature mobile tickets. If fans choose to purchase at the gate, fans must have a debit or credit card for payment as cash will not be accepted. To purchase tickets, click here.

Parking is available at Bristol Motor Speedway’s South Entrance on Saturday for $10 via debit or credit card only day of the event. Cashless transactions will also only be conducted for pit passes and concession stands.

Due to the COVID-19 pandemic, spectators will be required to follow Bristol Motor Speedway’s safety protocols and guidelines, including practicing social distancing, having temperature screenings upon stadium entry and wearing masks in common areas like concessions and restrooms. Fans can remove their masks once they are in their socially-distanced grandstand seats. A full list of BMS safety protocols and guidelines are available on the BMS Website.

The sanctioning bodies leading the efforts in 2020 for the Super Late Models are the ARCA/CRA Super Series powered by JEGS, The Southern Super Series and the CARS Tour. The Pro Late Models will be sanctioned by the JEGS/CRA All-Stars Tour presented by Chevrolet Performance. The Van Hoy Oil CRA Street Stocks will oversee their portion of the show, while the Vore's Compact Touring Series will handle the sanctioning of the Front Wheel Drive Compacts.