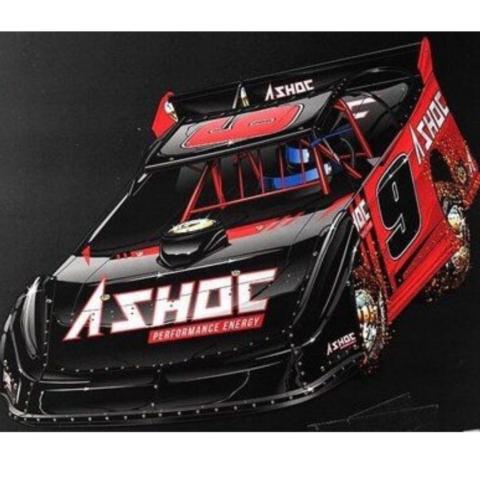 Racing action in the Karl Kustoms Bristol Dirt Nationals begins today through Saturday, March 20. Monday-Thursday’s practice and heat racing will be closed to the public. The spectator grandstands will open on Friday, March 19 and Saturday, March 20 during the main feature races in the eight classes of competition.

Cup Series stars Kyle Busch, Austin Dillon, Kyle Larson and Joey Logano, along with three-time NASCAR Camping World Truck Series driver Matt Crafton, previously announced their entries. The NASCAR drivers are using the event to prepare for next weekend’s historic Food City Dirt Race and Pinty’s Truck Race on Dirt. This is the first time in the modern era, since Sept. 1970, that the Cup Series will compete on a dirt race surface.

Elliott, who also competed on dirt in the Chili Bowl Nationals and National Midget Series earlier this year, will join Larson and Busch in the marquee Super Late Model division, while LaJoie will compete in the 604 Late Models along with Dillon. Logano and Crafton will compete in the Open Modified division.

Headlined by the powerful dirt Super Late Models, the Karl Kustoms Bristol Dirt Nationals will provide fans with a first look at the BMS dirt track, which will feature 19-degree banking in the corners and a 50-foot wide racing surface. More than 23,000 cubic yards of dirt were hauled in to create the temporary dirt track surface.

“We are thrilled to welcome Chase Elliott and Corey LaJoie to the Karl Kustoms Bristol Dirt Nationals to join the other stout lineup of Cup and Truck stars already entered in this event,” said Jerry Caldwell, executive vice president and general manager, Bristol Motor Speedway. “With more than 1,200 racers from all across the country competing this week, it’s going to be an epic event. We look forward to welcoming a limited number of fans here on Friday and Saturday to enjoy the races in our socially-distanced grandstands.”

Founded in 1961, Bristol Motor Speedway is celebrating its 60th anniversary in 2021 and will reflect on the great moments that have made the multi-use sports and entertainment destination one of the very best for creating wow moments and cherished memories for fans. Home to epic NASCAR races and other major motorsports events, as well as NFL and college football games, a wide variety of music concerts and other captivating events, Bristol Motor Speedway has shined in the spotlight on many occasions throughout the past six decades.

For Bristol Motor Speedway ticket information, please visit www.bristolmotorspeedway.com or text your question to 69050, type ‘Bristol’ and then your question.