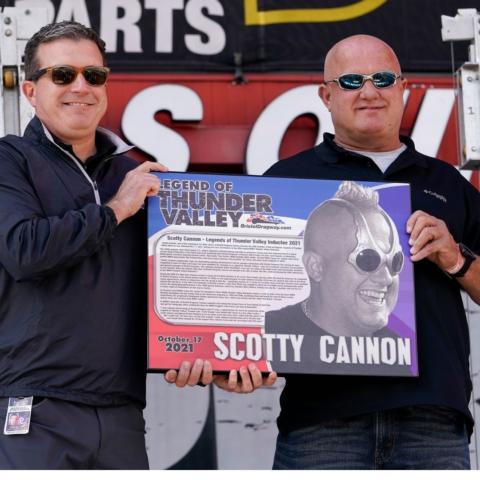 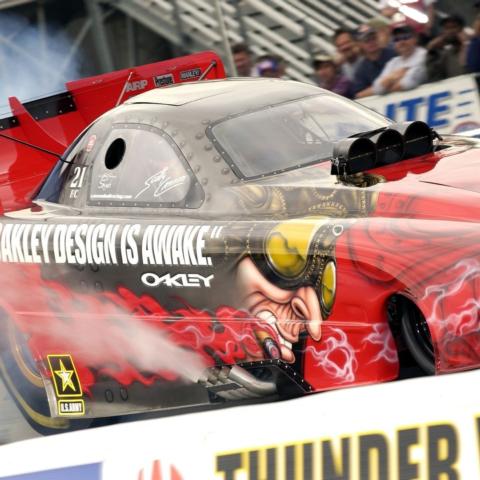 Scotty Cannon competed at Bristol in NHRA Funny Car in the early 2000s. 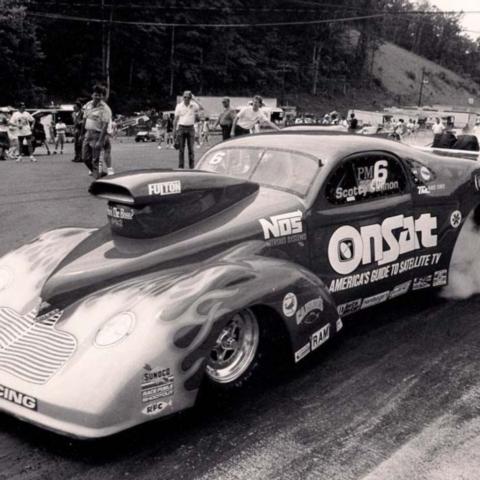 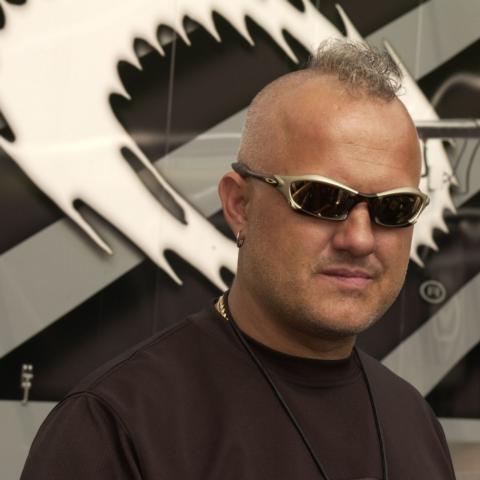 Scotty Cannon is the 20th member of the prestigious Legends of Thunder Valley at historic Bristol Dragway, joining other legends including Bruton Smith, Jeff Byrd, John Force, Don Schumacher, Don Garlits and Wally Parks, among others.

Scotty Cannon, one of the winningest Pro Mod racers in Bristol Dragway history, became the 20th member of the prestigious Legends of Thunder Valley when he was inducted today during pre-race ceremonies at the 20th annual NHRA Thunder Valley Nationals.

“Scotty Cannon’s impeccable style, his dominating winning performances and his genuine connection with the fans here at Bristol Dragway during his days competing in both Pro Mod and Funny Car have solidified his inclusion as a Legend of Thunder Valley,”  said Jerry Caldwell, executive vice president and general manager of Bristol Dragway. “His radically-designed ‘Killer Red Mater’ race cars are some of the most iconic and memorable machines to ever thunder down the quarter-mile here at Bristol Dragway and we are thrilled to be able to honor him this weekend during the 20th anniversary of the NHRA Thunder Valley Nationals.”

During his IHRA Pro Mod days Cannon earned a record 28 Pro Mod victories in 45 career final rounds and was often the favorite whenever he competed at Bristol Dragway in his famed nitrous-injected ’41 Willys or his supercharged ’63 split window Corvette. At Bristol, he raced to four wins in five final round appearances. He also won the 1993 Pro Mod Shootout and claimed a victory in the 1988 Top Sportsman divisional points race. Nearly as impressive was his string of nine No. 1 qualifying awards. In 14 of his 16 Pro Mod starts at Bristol, Cannon never qualified outside the top three. In the 1991 Fall Nationals at Bristol, Cannon’s semi-final finish was enough to clinch his first IHRA world championship series crown. His dominating performance in the 1996 Spring Nationals, which has become IHRA folklore, Cannon was the No. 1 qualifier and set low E.T. in every round of eliminations on the way to victory.

In Cannon’s brief NHRA Funny Car career he competed in three NHRA Thunder Valley Nationals events as well as both of the lucrative NHRA Winston Showdown all-star events held at the Tennessee dragstrip in 1999 and 2000, qualifying third and fourth for each of those events, respectively. His graphically flamboyant Oakley-sponsored Funny Cars, which also showcased the ‘Killer Red Mater’ concept, always drew rave reviews from NHRA nation.

In NHRA’s open pits at Bristol Dragway, Cannon routinely had among the longest lines of fans hoping to meet him and get his autograph, often rivaling the lines for NHRA kingpins John Force and Tony Schumacher.

“I have always loved racing at Bristol Dragway and it’s truly a special honor for me to be named one of the Legends of Thunder Valley,” Cannon said. “Even though I was technically closer to a few other tracks, I really always considered Bristol Dragway to be my home track and every time I rolled into this place I felt like I could win. The fans here are the best around. I really enjoyed meeting them all in the pits and I can’t thank them enough for all the support they showed to me and my race teams over the years.”