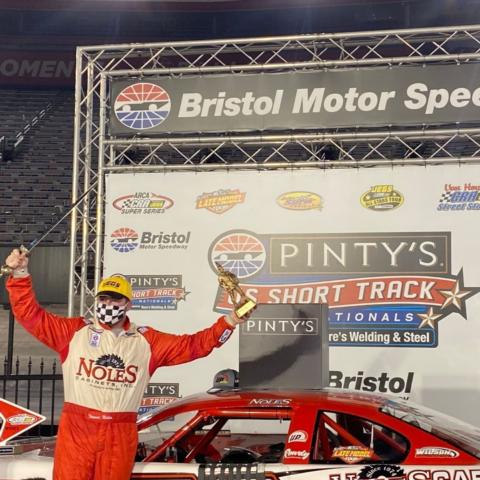 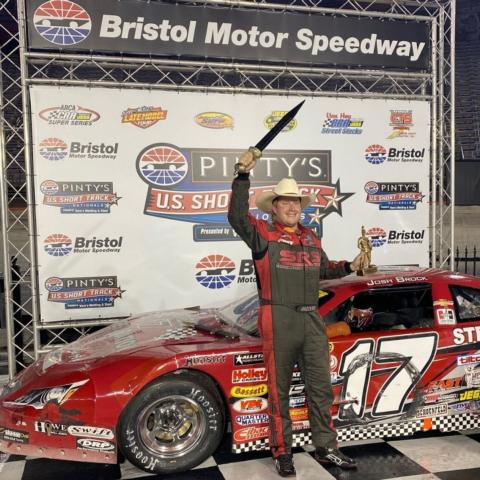 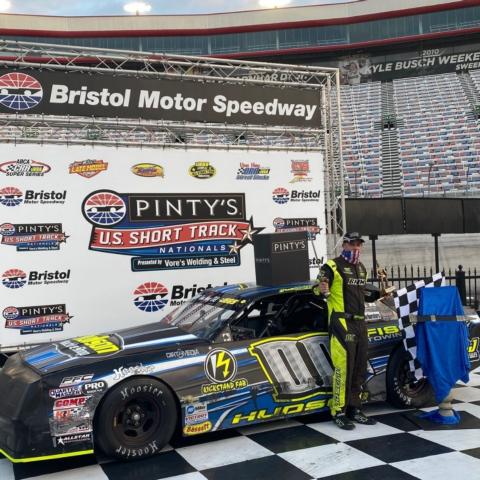 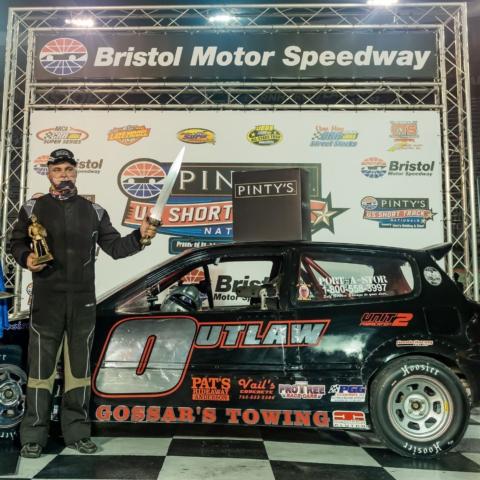 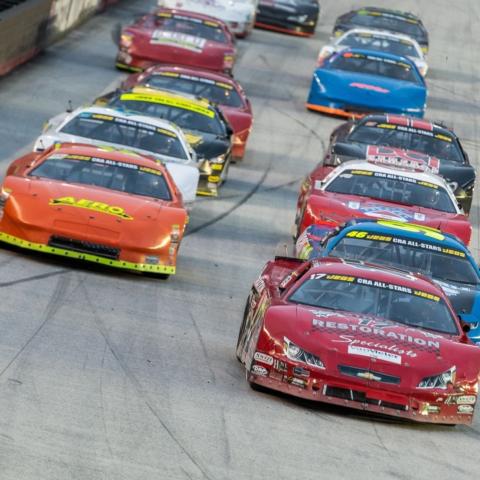 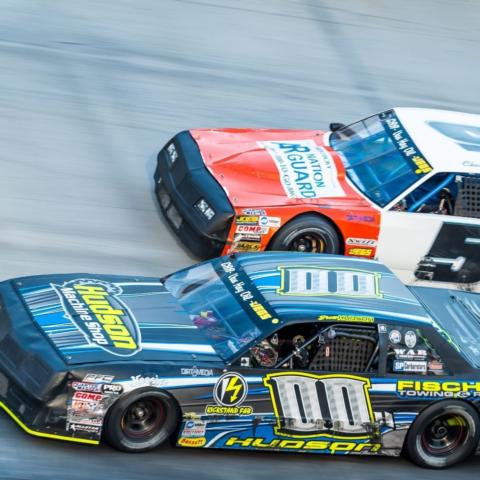 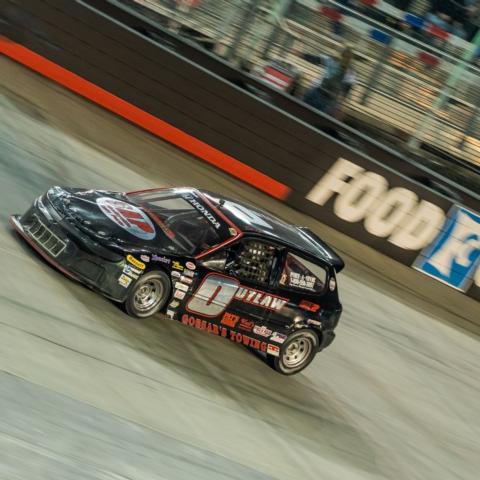 Noles, from Fuquay-Varina, N.C., earned his first BMS victory by holding off a determined charge from Greg Van Alst and defending winner Stephen Nasse to take the checkered flag.

“Four years in a row and haven’t been able to seal the deal and felt like this was my race to win,” Noles said.” I’ve run well here the last few years but didn’t have any luck. What a blessing to be in Victory Lane at Bristol Motor Speedway. My carburetor was falling off flat and had to clear it out on that final restart. I’m glad he raced me clean.

“It feels good. I’ve run all year and just haven’t been able to get the finish I would like. Can’t thank everybody enough. It’s a dream come true.”

Daniel Dye finished fourth in his No. 43 machine and was followed by pole-sitter Jake Garcia, who led a bunch of laps but had a tire change that sent him to the rear of the field in the final laps of the race.

Corbin, Ky.’s Brock took an emotional victory in Pro Late Model. With two laps to go Brock powered past Charlie Keeven to take the white flag as the leader, then his No. 17 car was billowing a plume of white smoke as he made the final circuit with a pack of cars trailing in his wake.

Brock said a rear tire was rubbing in the final laps, causing the thick white smoke trail. Brock said he wasn’t about to lift. It was Brock’s second win of the season and first ever at Bristol after coming close several times over the years.

“You just never give up and you just keep on digging,” said Brock, wearing his signature cowboy hat in BMS Victory Lane. “We didn’t have the best car. This is what we dreamed about. I really wanted this win at Bristol and just never gave up. I just held it wide open; I knew I had a bad tire rub, but this is Bristol, baby, I was going to hold it wide open until something broke.”

A series of late race crashes opened the door for Brock to take the win. Former Bristol winner Cole Williams No. 46 car went out of control while trying to pass Charlie Keeven with 10 laps to go and fell off the pace. With 19 laps to go, Travis Braden and Mason Keller made contact while battling for the lead and Braden’s machine spun and made contact with the inside safer-barrier wall, ending his night. Braden, the JEGS CRA Series points leader, had charged to the front from the back of the field before the incident. Keller was sent to the rear of the field and his night ended in frustration several laps later as he crashed out of the race with two laps to go.

Keeven finished second and was followed by Williams, Dakota Stroup and Mandy Chick in the top five. Keller finished seventh and Braden was eighth.

In Street Stocks, Hudson broke Chuck Barnes Jr.’s strong hold at Bristol by holding off a hard-charging Chuck Barnes Sr. at the finish line. Barnes Jr. had won this race every season but had problems early tonight opening the door for a new winner. Hudson stepped in and took home the Gladiator trophy and BMS Gladiator Sword.

“This is awesome,” said Hudson, from Owensboro, Ky. “I hate to win it on Chuck Jr. breaking, but I’ve got the trophy right now and that’s what matters. Chuck Sr. gave me a good run for my money. We got together a few times on a couple of restarts and I’m not sure what that was. But he raced me clean at the end. It feels great. In those final laps I was thinking just keep it on the bottom and don’t miss my marks. It was really slick coming off two and that’s what beat me the first year. I just didn’t want to let another Barnes beat me. This should have been my third win here, but I’m just glad it finally worked out tonight.”

In the closing laps of the Street Stocks main Josh Sage and Skeeter Crum, who were running third and fourth at the time, tangled while battling to advance forward and tempers flared as crew members had words on pit road and had to be separated by track officials.

“We’ve worked hard this year and got wrecked with ten laps to go,” Sage said. “Now we’ve got a wrecked race car. We lost our mother this year and we dedicated this race to her. It’s tough that our night ended early while we were running up front.”

In Compacts, Gossar scored his second consecutive BMS Gladiator Sword and Trophy as he took the lead late in the race and never looked back.

“This is the best place in the world to be as a short track racer,” said Markleville, Ind.’s Gossar as he stood in BMS Victory Lane. “Everybody was fast and we weren’t getting good restarts and thankfully on that last one we were able to get it done. Nobody was using the top and that was the key. It means a lot, this is the biggest race you can win as a short track racer and this is where we want to be standing.”

In earlier qualifying heat races Ricky Weaver Jr. of Wrightsville, Pa. grabbed the victory in the 15-lap Compact C feature race, Roger Williams of St. Paul, Ind. took the checkered flag in the 25-lap Street Stock B feature and Dayton, Ohio’s B.J. Honious was the winner of the 20-lap Compact B feature.

The final finish order for all races is listed below.