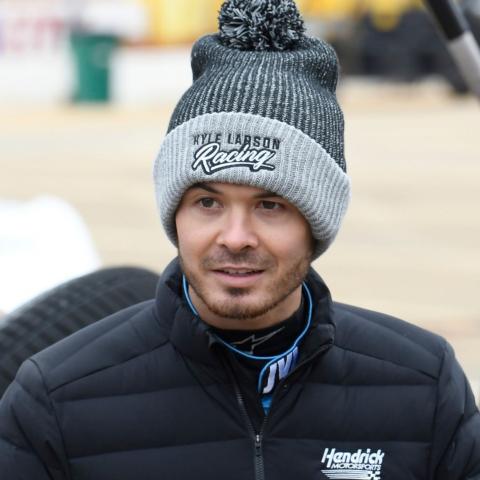 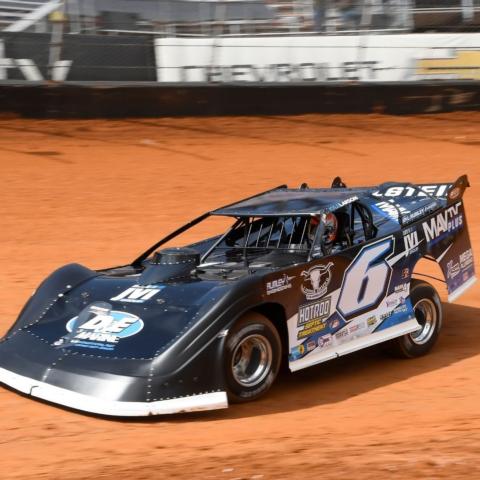 Kyle Larson competed in the Bristol Dirt Nationals last weekend, finishing second in both of the Super Late Model feature races at the controls of his No. 6 machine. 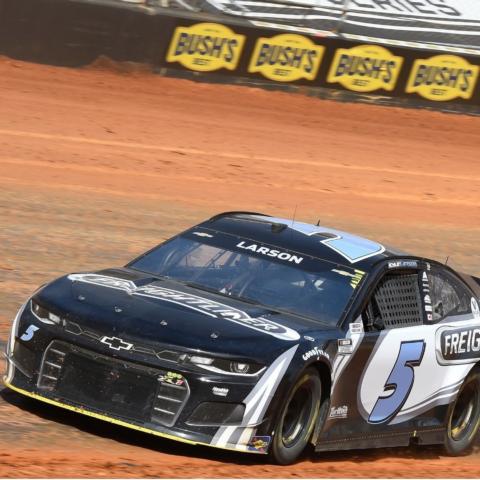 After more than two weeks of fan votes, the results are in and fans have named Kyle Larson the winner of the BMS Best Racer on Dirt Challenge, which featured 16 legendary dirt racing drivers from multiple disciplines going head to head in a series of fan votes on the BMS Insta Stories page.

Larson earned 58% of the vote, while his final round opponent Tony Stewart trailed with 42% of the vote.

Although his day job is driving the No. 5 for Hendrick Motorsports in the NASCAR Cup Series, Larson moonlights as a highly accomplished dirt racer. He got his start in racing on dirt driving USAC Midgets and has won many significant dirt races, including the Chili Bowl Nationals in 2020 and 2021. He has earned 20 victories in the World of Outlaws and in 2011 was named the Rookie of the Year in the USAC Silver Crown Series. In 2020 he earned an amazing 46 victories on dirt, including wins at several major dirt races such as the Indiana Midget Week, Pennsylvania Speedweeks and Hoosier Hundred.

Last weekend Larson finished second in the Karl Kustoms Bristol Dirt Nationals in Super Late Model competition in both of the main feature races. He has proven his ability behind the wheel in a variety of dirt race cars.

This weekend at Bristol Larson is attempting to make history by winning the Food City Dirt Race, the first NASCAR Cup Series race held on dirt in the modern era. He will start Sunday's race in the back of the field after his team had to change an engine during Friday's practice sessions.

Runner-up Stewart, best known for his success in NASCAR and IndyCar, has raced dirt cars all over the world and in many different racing sanctions and organizations racking up a ton of victories along the way. Among Stewart’s major accomplishments on dirt is winning the USAC National Sprint Car crown in 1995, USAC Silver Crown championship in 1995, USAC Midget championships in 1994 and 1995, Chili Bowl in 2002 and 2007 and earning several World of Outlaws victories as a driver.

During its 60th anniversary season Bristol Motor Speedway is celebrating dirt track racing by hosting several major events on its dirt-transformed iconic half-mile oval. During the lead up to the Food City Dirt Race track officials gave race fans the chance to select the greatest dirt racer in history. The 16 candidates were selected from a wide variety of dirt racing disciplines going back to the 1950s, through an intense research session that included a stats analysis, review of news accounts and input from a variety of racing historians and journalists.

The 16 nominated drivers were matched in eight first round pairings via random draw. In the days leading up to the Food City Dirt Race, fans voted for their favorite dirt track racers in each pairing in the first round, quarterfinals, semifinals and the final. Results of all rounds are below.

Random First Round Matchups are (vote at Bristol Instagram):