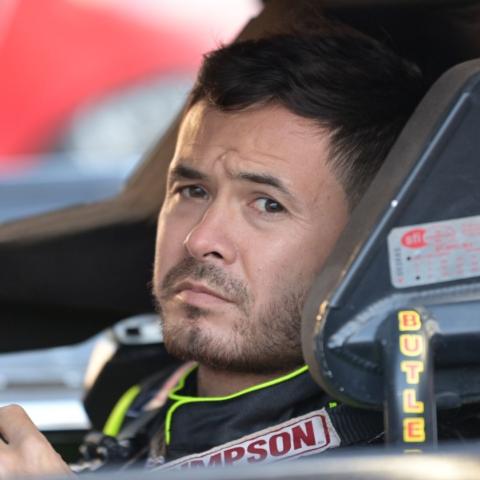 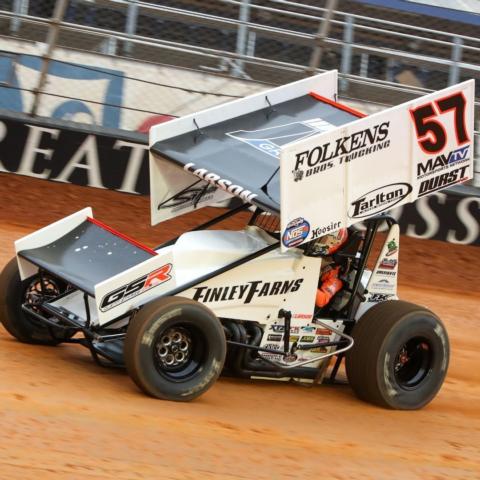 Kyle Larson drives the No. 57 machine for Paul Silva in the World of Outlaws NOS Energy Drink Sprint Car Series. 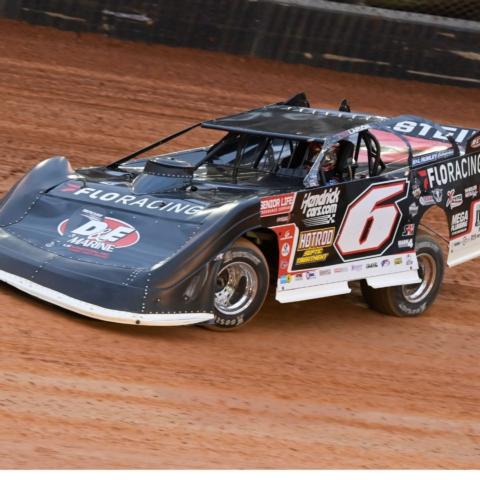 Kyle Larson will drive the No. 6 machine for team owner Kevin Rumley in the World of Outlaws CASE Construction Equipment Late Models during the Bristol Bash, April 28-30. 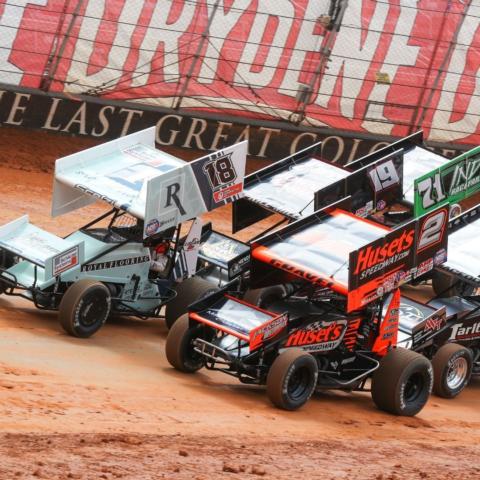 David Gravel (2) won both of the World of Outlaws NOS Energy Sprint Car Series races at Bristol Motor Speedway last year and will be one of the favorites to win in this year's Bristol Bash, April 28-30 at the iconic dirt-covered half-mile oval. 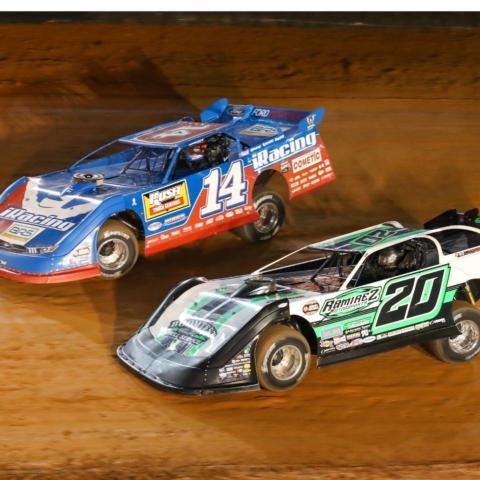 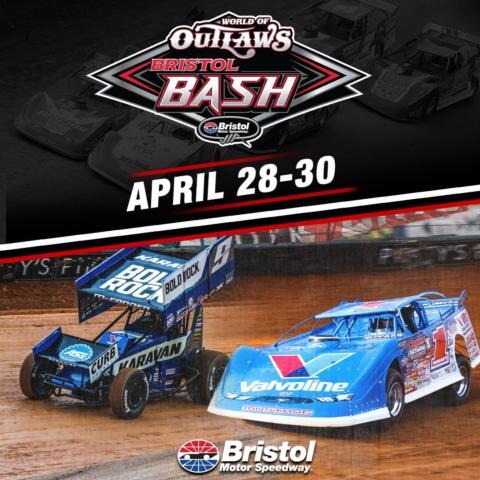 Kyle Larson is going to be a very busy man during next weekend’s World of Outlaws Bristol Bash at Bristol Motor Speedway, April 28-30.

The NASCAR Cup Series regular will be pulling double duty at the dirt-transformed high-banked oval in Northeast Tennessee, competing in both of the World of Outlaws’ premier series: the NOS Energy Drink Sprint Car Series and the CASE Construction Equipment Late Model Series.

Larson is expected to contend in both classes and has quite a bit of experience on the dirt at Bristol. Last year he finished second in a pair of dirt late model races and also finished sixth in one of the two Sprint Car features. This year Larson has posted dirt late model finishes of 4th and 21st at the Bristol Dirt Nationals. On April 17 he drove his No. 5 Hendrick Motorsports Chevy during the Food City Dirt Race, only the second time in the modern era that the NASCAR Cup Series competed on a dirt track. Larson rallied to finish fourth in that race.

It’s an extremely rare occurrence in World of Outlaws history for a single driver to attempt competing in both of its marquee classes in a single weekend.

“That will be my first time doing double duty with a Sprint Car and a Late Model, so it takes a way different driving style,” Larson said. “That will probably be a little bit hard to adjust to. But, it’s nice to get some laps (during the Bristol Dirt Nationals) to get me up to speed and comfortable for (the World of Outlaws).”

Larson drives Paul Silva’s white No. 57 machine in the World of Outlaws NOS Energy Sprint Car Series and pilots the No. 6 Dirt Late Model owned by Kevin Rumley. Larson, who also will be racing in Dover that weekend in the NASCAR Cup Series, would love to grab a win on dirt at Bristol.

“There's not too many people who can say they've won on the dirt at Bristol, so I would like to do that for sure,” said Larson, who won a Cup Series race on Bristol’s concrete layout last September. “It's a unique event. You want to win all of them, but you want to win the special ones for sure. This is one of those, and it’s a track with so much history and for sure, I'd love to win there.”

For fans who may have never seen them in action, the World of Outlaws NOS Energy Drink Sprint Cars are lightweight vehicles that tip the scales at 1,425 pounds with the driver and have large adjustable wings and large rear tires that help transfer the car’s power to the track. The 410 cubic-inch engines are loud and fueled by methanol and produce around 900 horsepower.

The CASE Construction Equipment Late Models are full-bodied, purpose-built race cars that headline arguably the most popular dirt track division in the U.S. and Canada. There is no cubic inch limit for the aluminum-head engines, but most teams use power plants of 400-430 cubic inches that produce over 800 horsepower. Dozens of builders construct dirt Late Model chassis, and the bodies of the cars are designed to resemble popular street-car makes from manufacturers such as Chevrolet, Ford, Pontiac, etc. The cars weigh 2,350 pounds and run on racing gasoline.

A star-studded field is expected to join Larson in both of the World of Outlaws classes.

In the World of Outlaws NOS Energy Sprint Car Series, two-time Bristol winner David Gravel will return to lead the charge. Gravel was impressive in both of the feature races at BMS last April. On Friday night he held off Aaron Reutzel and Carson Macedo for the victory. In Saturday’s main feature he powered his No. 2 machine to the win over 10-time champ and 300-time circuit winner Donny Schatz.

“This is such an iconic place, to win at Bristol Motor Speedway and get that sword is really cool,” Gravel said after the first of his two victories last season.

Along with Gravel, Schatz, Macedo and Reutzel, others to watch in the series tabbed "The Greatest Show on Dirt" include Brad Sweet, Schatz, Kraig Kinser, Giovanni Scelzi, Rico Abreu, Logan Schuchart and Sheldon Haudenschild, to name a few.

The Bristol Motor Speedway dirt conversion took place from January thru March and was highlighted by track operations crews putting down more than 23,000 cubic yards of dirt to cover the famous concrete race surface. The dirt was spread via satellite technology with sophisticated graders and bulldozers to get it in just the right positions. The BMS dirt track features 19 degrees of banking in the turns and has a race surface that’s 50-feet wide.

Fans can purchase their tickets today for the Bristol Bash at www.bristolmotorspeedway.com. Reserved grandstand ticket prices are $30 Thursday; and start at $45 each for Friday and Saturday; $90 three-day weekend. Kids (12 and under) tickets start at $10 for each day and $20 for the 3-day combo ticket. VIP Parking is available in for $10 per day.