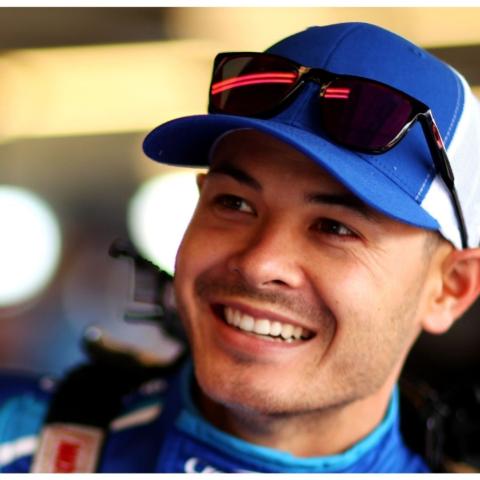 Kyle Larson won more than 40 feature races last year on dirt tracks across the country and is one of the favorites to win the Food City Dirt Race, March 28 at Bristol Motor Speedway in his No. 5 Hendrick Motorsports Chevy Camaro and the Pinty's Truck Race on Dirt on March 27 in the No. 44 Niece Motorsports Chevy Silverado. 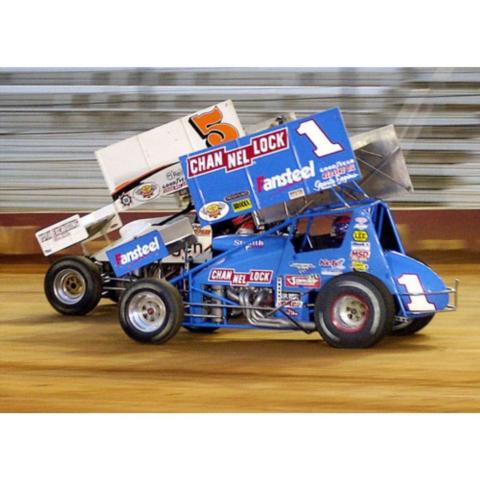 When Bristol Motor Speedway converted to dirt in 2000 and 2001, Tennessee native Sammy Swindell (1) raced to World of Outlaws feature victories in both seasons.

From living legends like Steve Kinser, Donny Schatz and Sammy Swindell to world-famous facilities such as Eldora, Knoxville, Volusia and the Chili Bowl, dirt-track racing has a rich and fabled place in the history of American motorsports — particularly in the Midwest and Southeast regions of the country.

In fact, many of today’s most well-known and accomplished NASCAR Cup Series drivers cut their proverbial teeth on dirt and have the muddy stains to prove it.

Before NASCAR ever held a race on the asphalt at Daytona International Speedway—the house that NASCAR founder William H.G. France built in 1959—the sport began on the beaches of Daytona. Translation: NASCAR’s premier series was birthed on dirt. And to the dirt it has returned in 2021 with the running of Sunday’s 250-lap Food City Dirt Race at Bristol Motor Speedway—the iconic half-mile bullring here in Northeast Tennessee that has been the site of some of the most unforgettable and electrifying moments in NASCAR’s more than 70-year history.

This marks the third time in history, but the first time in two decades, that the Last Great Colosseum—as Bristol Motor Speedway is popularly known—has transformed itself into a state-of-the-art dirt racing venue. The last time it happened was 2001, when the speedway hauled in more than 14,000 truckloads of red clay to host the World of Outlaws and dirt Super Late Models (BMS also did this in 2000). Not surprisingly, these races were a major hit with fans, who showed up in droves to cheer on legends of the dirt-track scene such as Swindell, who—to virtually no one’s surprise—captured the World of Outlaws sprint car event in both years.

In addition, Swindell posted a new track qualifying record of 138.492 mph. Those whom the Bartlett, Tennessee native raced against and soundly beat on the Bristol Motor Speedway dirt track included the likes of Kinser, Schatz, Jeff Shepard and Dale Blaney—who is the uncle of current NASCAR Cup Series driver Ryan Blaney.

Looking back almost two decades later on his back-to-back Bristol dirt triumphs, Swindell had nothing but fond recollections.

“I’ve always enjoyed the faster places,” he said. “It’s just a whole different deal to do it on a track that size and that fast and run through the corners. The whole facility, it was just larger than life from what we normally do. For me, it was fun.”

The “fun” of running 250 laps on a dirt track steeped in 19-degree banks, as Cup Series drivers will do for the first time next weekend, may be considered a matter of taste. At the very least, the experience will be largely laced in mystery until the green flag waves on Sunday afternoon at 3:30 p.m.

“I think it’s all really unknown until we all get there and go racing,” said Hendrick Motorsports’ Kyle Larson, whose dirt-track experience far exceeds that of most current Cup Series drivers and includes a victory at the prestigious Chili Bowl Nationals in both 2020 and 2021. “Obviously, a Cup car is 2,000 more pounds than the dirt race cars I’m used to running and have 200 less horsepower. (Fellow Cup Series driver) Christopher Bell and I have a lot of dirt experience, but I don’t really believe it to be that beneficial to us in a stock car, because it’s so different.”

Larson is also one of several Cup Series regulars who have entered in the Pinty's Truck Race on Dirt Saturday night under the lights with an 8 p.m. green flag. Larson will drive the No. 44 Chevy Silverado for Niece Motorsports in the 150-lap event. Kevin Harvick, Martin Truex Jr., Ryan Newman and Chase Briscoe will test out the Bristol dirt in the Camping World Truck Series race as well.

“I have no clue how the track is going to be," Larson said. "It could be hard and slick or hard, rubbered down and one lane. Or it could rain and it could be heavy and rough, and we’re ripping the noses off the car. Honestly, I hope it does get a little bit rough, because I think that will add some characteristics to the track and open up some different things like that. I don’t know what to expect, though. I can’t wait for this race.”

This weekend, Bristol Motor Speedway is playing host to the Karl Kustoms Bristol Dirt Nationals featuring eight classes of racing and more than 1,200 competitors, including many from the ranks of the dirt Super Late Models. On April 8-10, the World of Outlaws Series will return here with its touring Super Late Models for the Bristol Bash. Then a couple of weeks later, on April 22-24, Bristol Motor Speedway will close out its 2021 dirt-track schedule with the return of the World of Outlaws sprint cars for the Bristol Throwdown.

The historic Food City Dirt Race on this legendary, high-banked oval will be the first time NASCAR’s premier series has competed on dirt in the sport’s modern era. The last time it happened was 1970 at the State Fairgrounds in Raleigh, North Carolina, and the winner that day was Richard Petty.

Clint Bowyer—who will call Sunday’s race from the TV booth as part of the FOX NASCAR team that he joined this season after more than 15 years in Cup—recognizes the novelty of Cup drivers racing on dirt at Bristol Motor Speedway for the first time. But he believes an understanding of dirt-track racing’s deep-seeded roots is equally important.

“This isn’t new to NASCAR,” he said. “This is back to where we came from. I think that’s something to stay focused on and remember as well. This isn’t just completely thrown out of nowhere. This is something our past and our history was part of.”

No one should be surprised, therefore, to learn that the idea of covering Bristol Motor Speedway’s familiar concrete surface with dirt for the first time in two decades didn’t come about overnight.

“It’s been a process,” Bristol Motor Speedway Executive Vice President and General Manager Jerry Caldwell said. “It’s what’s fun about our sport and about our business."

This is the fourth of six feature stories in the “Dirt Racing Heroes” content series leading up to the historic running of the Food City Dirt Race at Bristol Motor Speedway on Sunday, March 28, 2021. The legendary BMS half-mile oval has been transformed into a dirt track with 19-degree banking in the turns and will present a challenge to the modern-day Cup Series stars as they race for victory on a clay surface for the first time since Richard Petty won on dirt at the North Carolina Fairgrounds in September 1970.

Jared Turner is a freelance writer based in Charlotte, N.C. Turner covered the NASCAR beat for more than a decade.