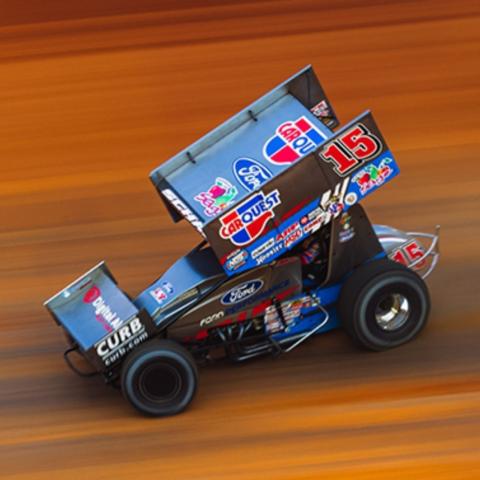 Donny Schatz was fastest in Thursday practice sessions for the World of Outlaws Bristol Throwdown, posting a time of 14.21 seconds at 135 mph. 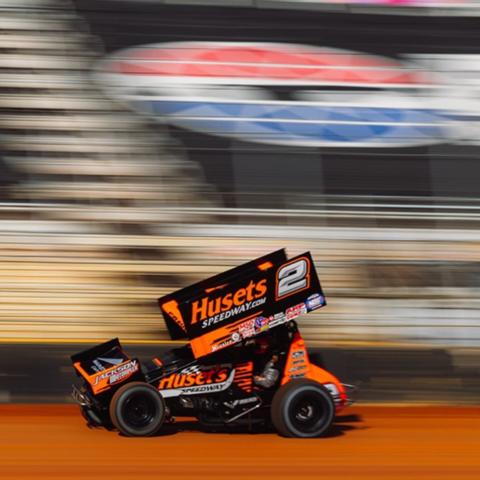 David Gravel was consistently the quickest in Thursday's practices, leading two sessions and posting top 10 laps in each of the five sessions. 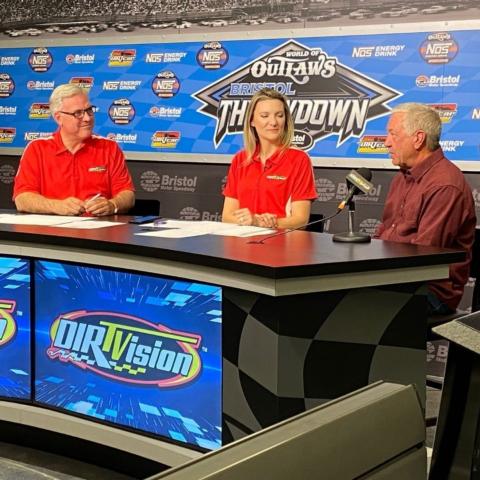 World of Outlaws legend Sammy Swindell, who won main 30-lap features at Bristol in both 2000 and 2001, will serve as the Grand Marshal for the Bristol Throwdown. 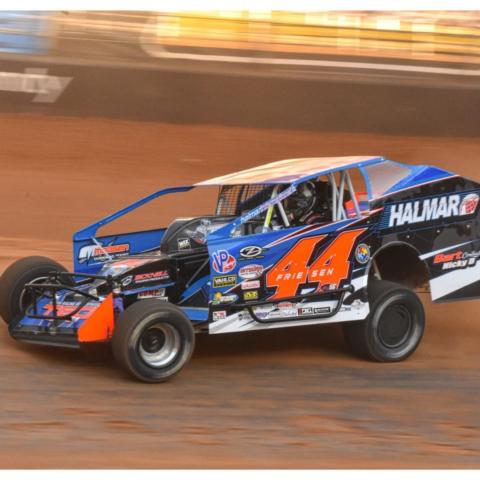 Veteran racer Donny Schatz, one of only five World of Outlaws NOS Energy Drink Sprint Car drivers racing this week who also competed at Bristol Motor Speedway two decades ago, posted the quickest lap around the dirt-transformed half-mile during Thursday's practice sessions for the World of Outlaws Bristol Throwdown.

A full night of practice brought "The Greatest Show on Dirt" back to The Last Great Colosseum in preparation for this weekend’s highly-anticipated Bristol Throwdown. The event officially kicks off today with Hot Laps slated to open a full program of racing at 6 p.m., which includes heat racing, last chance qualifiers and feature events.

For most drivers and teams, it was their first chance to hit the high banks at Thunder Valley. Three different sessions for a total of five rounds gave competitors several different looks at the dirt surface with the opportunity to make changes and adjust to the .533-mile race track.

While Schatz led the first session with the quickest run of the day at 14.210 at an average speed of 135 mph in his Tony Stewart/Curb-Agajanian Racing No. 15 machine, Gio Scelzi was quickest in the second session with a 14.575, David Gravel led the third and fourth sessions at 14.533 and 14.742 and Parker Price-Miller was quickest in the final session at 15.059 seconds.

For Schatz, a native of Fargo, N.D., the World of Outlaws return to Bristol is a flashback to his early days in the sport. He earned one of the biggest wins of his early career here in 2001. Now, two decades later, Schatz is still ruling the Outlaws and he’s back at Bristol and is in good position to claim a milestone 300th career victory.

Gravel was consistently the best driver on Thursday, clocking top 10 laps in every session. The Watertown, Conn. native also topped two different sessions aboard the Big Game Motorsports No. 2, the only driver to do that as well. Although the 59-time World of Outlaws winner had never been to Bristol before, he does have the confidence of being a half-mile standout. Since 2019, Gravel has won eight events on the biggest tracks the Outlaws face, second only to Schatz’s nine wins.

Knowing the World of Outlaws format which relies on qualifying and leads into straight-up heat races, Gravel is excited about the speed they found right out of the gate.

“It’s a huge confidence boost to roll out of the trailer and be that fast,” Gravel said. “I’ve always loved racing on these bigger tracks and this place doesn’t disappoint. I hope we can get a track just like this when it comes to racing, but maybe get it out a little bit wider.”

The biggest story of the night came when a special reveal stunned Jac Haudenschild and brought back to life one of the most iconic cars in the history of the World of Outlaws. A deal months in the making, car owner Rico Abreu and businessman Frank Bolter surprised The Wild Child with a modern day version of the yellow Pennzoil No. 22 for his farewell season, which starts this weekend at the Bristol Throwdown.

Haudenschild’s historic relationship with the car dates back to the 1990s when he drove Jack Elden’s No. 22 with Pennzoil sponsorship for more than a half-decade. Now, to end his legendary career, the 72-time World of Outlaws winner is reunited with the car he is most associated with.

A sixth-place runner at Bristol in 2000, Haudenschild is one of the five drivers this week that competed in the last event here 20 years ago.

Now that the entire field has logged laps, the stage is set for Friday’s opener of the Bristol Throwdown. A 25-lap, $10,000-to-win program will lead into Saturday night’s $25,000-to-win finale.

Also making news on Thursday was Sammy Swindell, who was announced as the event's Grand Marshal.

“I’m looking forward to it,” Swindell said. “It gives me a chance to come and be a part of it.”

He’ll make special appearances throughout the event – including a fan autograph session on Friday.

The three-time World of Outlaws champion and 394-time winner, of Germantown, Tenn., has been a fan-favorite at the Tennessee track. In the World of Outlaws’ four previous visits to The Last Great Colosseum, he won the 30-lap feature events in 2000 and 2001, and set the overall track record of 13.860 seconds at an average speed of 138 mph.

“I hope they don’t beat my record,” the 65-year-old Swindell said with a grin. “I'm trying to hang on to some of this stuff as long as I can.”

NASCAR Truck Series regular Stewart Friesen led the opening practice session for the Super DIRTcar Big Block Modifieds in their first ever Bristol Motor Speedway appearance with a quick lap of 17.411 seconds and he also posted his quickest run of the night in the third session with a 17.403, which converts to a speed of 110.256 mph.

In other sessions for the Super DIRTcar Big Block Modifieds, the leaders were Marc Johnson posting a 17.542 in the second, Mike Gular at 17.361 in the third with the quickest overall lap of the day, Matt Sheppard, 17.522 in the fourth, and Max McLaughlin with a 17.420 in the final session.

Tickets are available today starting at $45 for adults and $10 for kids 12 and under.