David Gravel is on the hunt for a third World of Outlaws victory at Bristol Motor Speedway this weekend. 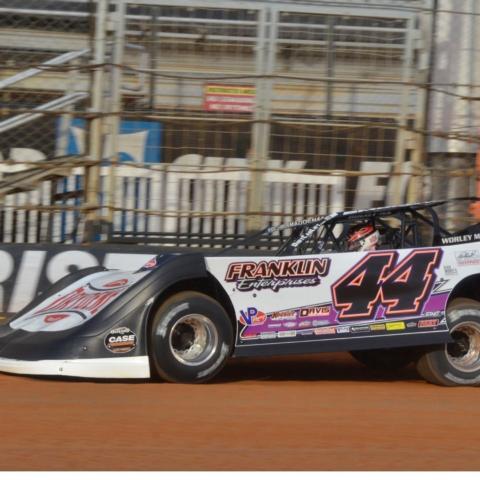 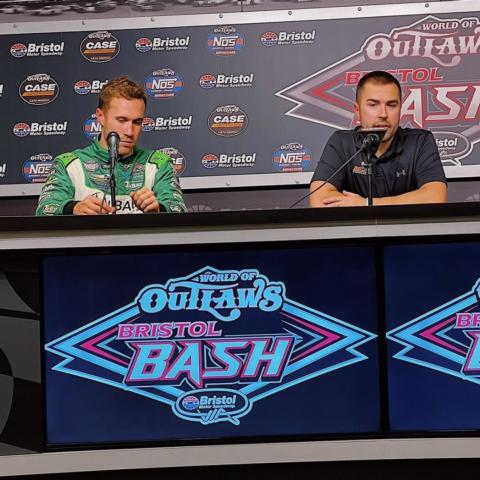 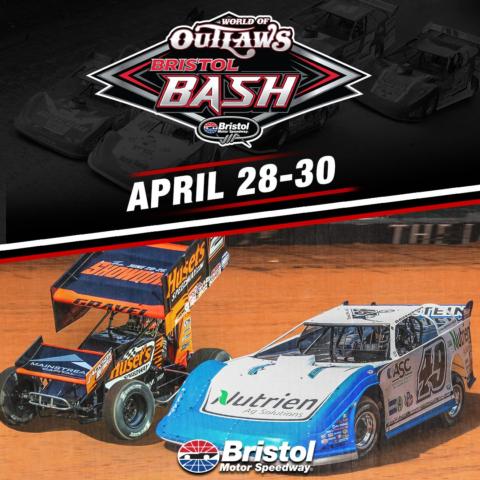 Bristol dominators David Gravel and Chris Madden were quickest during four practice sessions Thursday night in their respective classes during the World of Outlaws Bristol Bash at Bristol Motor Speedway.

“The emphasis on qualifying is huge for us,” Gravel said. “You need to do well in the heat races and that will put us in position to win. Last year we just rode the momentum of having a lot of speed in qualifying and we are definitely out to earn everything. There’s a small field here but there’s about 19 really good cars out there. You are going to be fighting for even a top 10 here.”

Gravel said as a driver it is easy to get pumped up to race on Bristol’s dirt-covered high banks.

“It’s kind of in the middle of nowhere and you come around the hill and there’s this big massive colosseum sitting there,” Gravel said. “It’s just extremely unique. I can only imagine what it’s like here on a NASCAR weekend for the Night Race. It must be like playing an NFL game here when its packed elbow to elbow. It’s really fast and we are looking forward to the weekend.”

Red-hot Carson Macedo, who has won four races this season, posted a quick lap of 13.899 seconds, which was 11th best in the first session. Macedo finished sixth and third in the Bristol Bash last season and is one of the top contenders for victory this weekend.

“We didn’t quite have the speed that I expected us to have,” Macedo said. “I think qualifying is going to be imperative. Getting on the front row is super important and will make a big different in your night.  Racing at such a nice facility, the Colosseum, to be able to look up at the big screen, on the racetrack, it’s just different. There’s so much banking in this place… the banking sucks you in and in our cars it’s greater than we feel at any other track across the country... The bottom is really quick and it’s easy to get too low. I feel like it’s going to be tricky but I think the track is going to put on some good racing this weekend.”

In the CASE Construction Equipment Late Model Series Madden had the quickest car in the four practice sessions, posting a leading time of 15.218 seconds. In March, Madden pocketed more than $200,000 during the Bristol Dirt Nationals, winning two of the four features over a two-week period. Madden holds the dirt Late Model track record at BMS at 14.950 seconds set earlier this year.

“We came back with our baseline that we’ve been coming here with,” Madden said. “We had to start off steering on harder tires than what we’ve been on, so we had to do some adjustments there, but really, it’s just finding the balance and happy medium for these tires to steer on.”

Defending Bristol Bash winner Josh Richards of West Virginia posted his quickest lap of the night in the third session, a 16.240-second effort.

“The track isn’t bad, but it’s definitely slower than last year,” Richards said. “They’ve done a great job with the dirt, it seems racier than it was last year. There’s nothing like racing here at Bristol for sure. It’s an honor to come here and race.”

Former Bristol winner Jonathan Davenport had the second-quickest run in the Late Model class with a 15.482 and was followed by Kyle Bronson at 15.492 and Ricky Weiss with a 15.513.

NASCAR Cup Series star Kyle Larson, who is pulling double duty this weekend competing in both the Sprint Cars and Late Models, only took practice laps in his Sprint Car tonight, posting a best lap time of 13.824 seconds.

Fans can purchase their tickets today for the Bristol Bash at www.bristolmotorspeedway.com. Reserved grandstand ticket prices are $30 Thursday; start at $45 each for Friday and Saturday; $90 three-day weekend. Kids (12 and under) tickets are $5 for each day and $20 for the 3-day combo ticket. VIP Parking is available in for $10 per day.

Below are the top-10 times from each practice session: