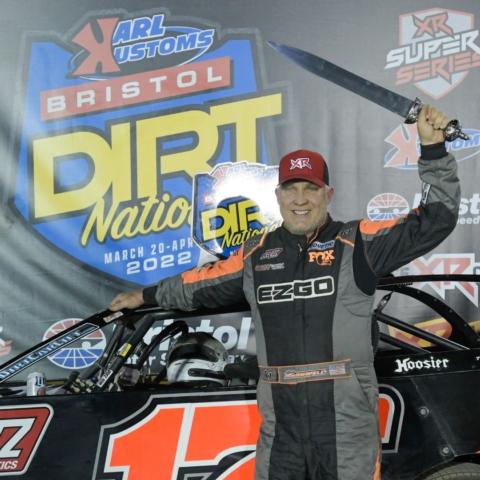 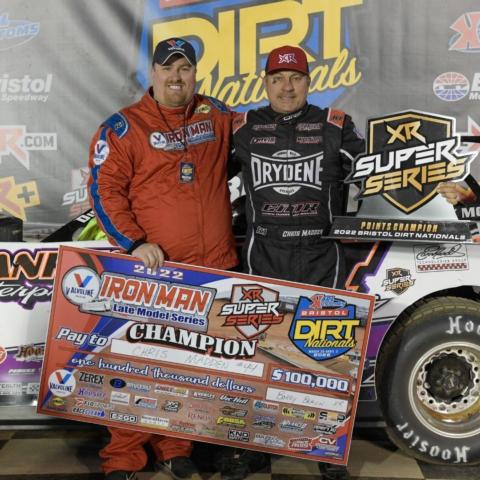 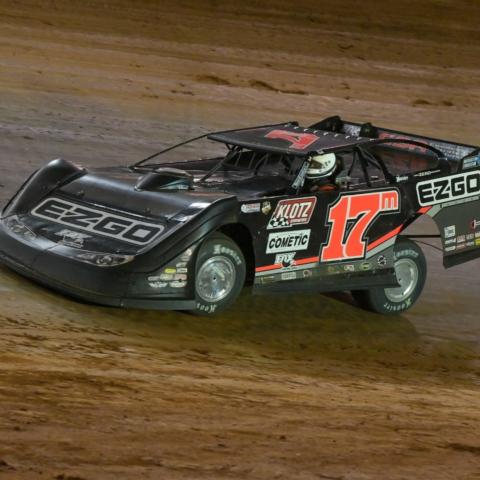 Dale McDowell powered his No. 17 Super Late Model to the $50,000 victory Saturday night to close out the Karl Kustoms Bristol Dirt Nationals at Bristol Motor Speedway. 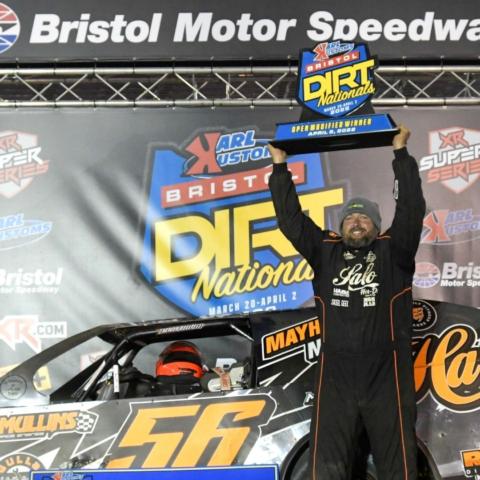 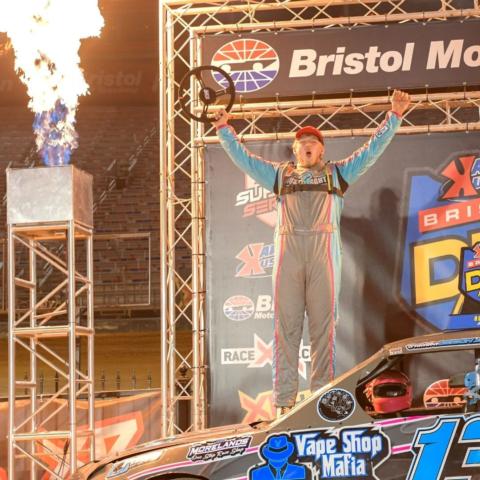 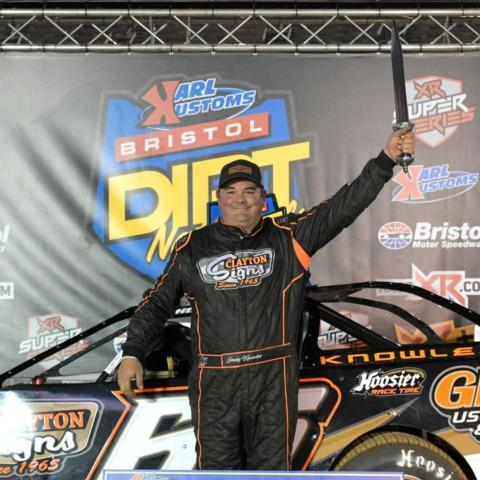 Madden won his heat race but was penalized two spots for an infraction that was discovered during post-race inspection. He started 12th in the feature and had to work his way to the front to secure the $100,000.

“It’s pretty awesome, we overcame a mountain tonight and we came back and did what we had to do to get the bonus,” Madden said. “We had to take a two-spot knock and start 12th and it says a lot about my team and how we can bounce back. Our car was good enough to get us back in it and it says a lot for our team. I never doubted us being able to do it. Our car, our team is in a great position to be able to win some races and get some things done.”

It was McDowell’s second Bristol victory as he also claimed the 2000 Super Late Model victory the first time BMS was converted to a dirt track.

“It’s unbelievable, we’ve had a really good year,” McDowell said. “I can’t thank the guys who work on this thing enough because they made my job easier. This one is for the old guys. It’s awesome to be back here at Bristol 22 years later. We had a little misfortune and had to change front pinons while the B-Main was going on. I’ve got to thank the good Lord above for making all this possible.”

Chris Ferguson finished third, Scott Bloomquist was fourth and Jimmy Owens finished fifth. NASCAR Cup champ Kyle Larson won his heat race and qualified well but had a problem at the start of the feature and posted a 21st place finish.

Kyle Strickler set a track record during his heat race victory with a best lap time of 14.879 seconds at a speed of 128.96 mph, but fell to 14th in the feature. Mike Marlar also had a strong car in the heat race but crashed into turn four when a tire went down. The crash totaled his car and he had to pull out the backup car for the feature and ultimately finished 24th.

“It felt great,” Asberry said. “We worked on the car every day for the last two months. The track felt faster to me this year, it was really smooth out there. Just to be here and say you’ve won at Bristol, it’s a big deal.”

Gibson, from Dry Ridge, Ky., worked his way to the front in the 30-lap Hornets feature and took over the lead on lap 14 and he held on for the victory.

“It felt really good through the center of the corner,” Gibson said. “I started in the back every race this week. I’ve been really good having patience and not trying to win on the first lap. This deal is a different animal. This track is so fast, it’s a lot of fun.”

Knowles, from Tyrone, Ga., took home the $5,000 prize for winning the 604 Late Model feature. Knowles led all 20 laps of the race and took the checkered flag in front of Monk Gullege and John Winge.

“I knew all week it was going to be about getting a good starting spot and I just really wanted this one,” Knowles said. “This is awesome man. Those first two were special, but this one is what we’re here for. I was here last year and didn’t have any luck but we got it done this time. You really couldn’t ask for no better with the track, this place is fast.”

Dirt racing action continues at BMS during the month of April with the return of NASCAR to the dirt with the running of the Food City Dirt Race under the lights on Easter Sunday, April 17, and the Pinty’s Truck Race on Dirt on Saturday night, April 16. The World of Outlaws Bristol Bash, featuring both the NOS Sprint Cars and the Case Construction Late Models, returns to the high banks April 28-30. It is the first time in history that the two World of Outlaws premier classes will compete together on the same weekend.