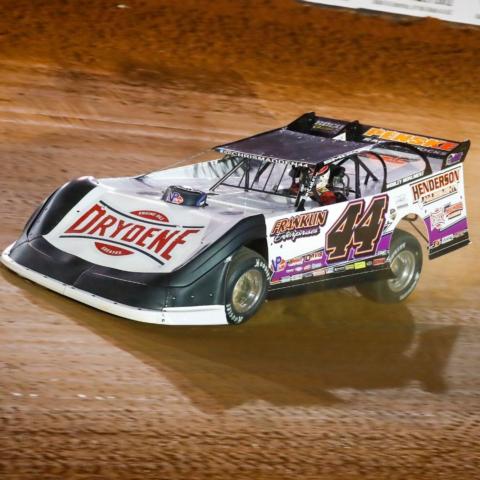 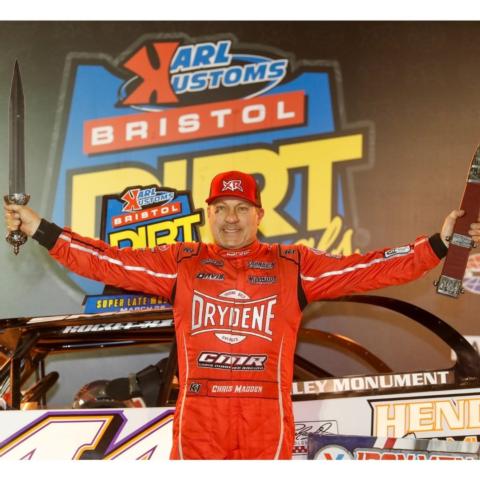 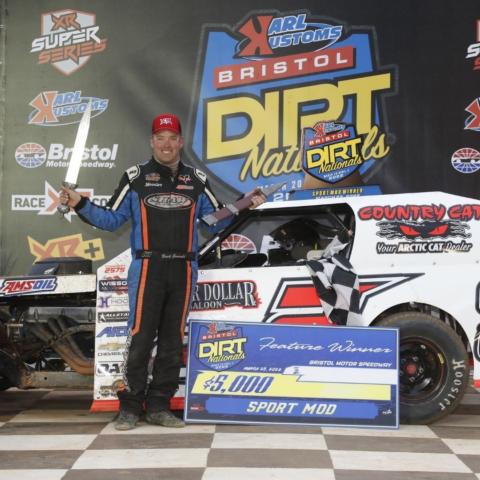 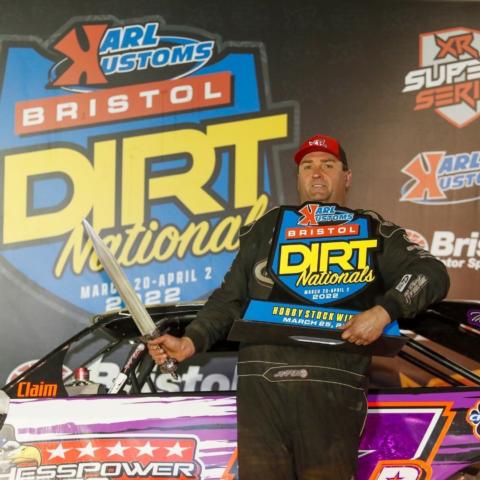 Madden, of Gray Court, South Carolina, pulled away from the pack and nearly lapped half the field as he cruised to victory in the 50-lap race that included a who’s who of Super Late Model dirt racing. Veteran racer Dale McDowell finished second, rising star Brandon Overton was third and one of last year’s feature winners, Jonathan Davenport, made a hard charge from back of the pack to finish fourth.

Madden finished with about a two-second lead over McDowell, but his No. 44 machine found the correct setup and was in a groove for the entire race.

“That thing was awesome, we could run top, bottom or the middle, it didn’t matter,” Madden said. “My race car was really balanced tonight. My adrenaline has been going harder today than normal. It was a good feeling all day to have. I just want to thank all my guys who work hard and just everyone who is a part of it at the shop. Most of all thank God, my family and this team that we have.”

In the final 10 laps McDowell moved from seven seconds behind to just inside of two when the checkered flag dropped but like the rest of the field he knew Madden had the car to beat.

“It was definitely a long run there, we were just hoping to get him back in sight,” McDowell said. “But Chris was good in qualifying and the heat race, so we knew he was going to be tough. He had a great car tonight.”

Third-place finisher Overton, who started 12th, was grinning during his media center session after the race.

“I’m thrilled with a third-place finish cause on these high-banked big tracks for some reason I just suck,” Overton said with a laugh. “It’s a tricky place; I just gotta put tonight in the memory banks and try to do better tomorrow night.”

Madden said the key to his victory was settling into the correct rhythm and being able to get around all of the lapped traffic unscathed.

“There’s a line where you can only run so conservative,” Madden said. “I found that spot where I could run and set my pace and not kill my race car and manage my tires. On a big track like this with this kind of speed you have to make sure to clear all the lapped cars.”

Local favorite Jensen Ford of Johnson City finished 23rd after getting collected in a multi-car crash at the end of the opening lap.

In addition to the big payday, Madden also received a signature BMS Gladiator Sword for the victory along with a Karl Kustoms Bristol Dirt Nationals trophy.

“I’ve had big wins but I have to put this one at the top of the list because it’s Bristol,” Madden said. “My car was about perfect tonight. Really, really pleased with it.”

Now he will focus on trying to position himself for the $100,000 bonus for earning the most points over the next three feature races.

“We have a great race car now and the plan is to just keep plugging away and do what we know to do best,” Madden said. “The main thing is to stay steady and keep this thing up front.”

“It’s been a fun week, not what I expected, but we will take it,” Grunwold said. “All I had to do was keep my momentum up and it worked out OK. It’s fun (racing at Bristol), the lapped traffic was better to me than it was some of the other nights.”

Stanton, from Carlisle, Iowa, claimed the Hobby Stock victory after Mason Rogers, who passed Stanton with five to go, was collected in a freak accident as he took the lead when a lapped car spun in front of him with two laps to go.

“The lapped cars, I don’t know what happened there, that was a bad deal for Rogers, I feel bad for him cause that was a brand new car,” said Stanton, who won three feature races this week and collected $5,000 for tonight’s victory. “It was a pretty good week for us. It’s a good haul down here.”

Andy Boeckman finished second and was followed by Carter Koop, who edged into third as the checkered flag was waving.