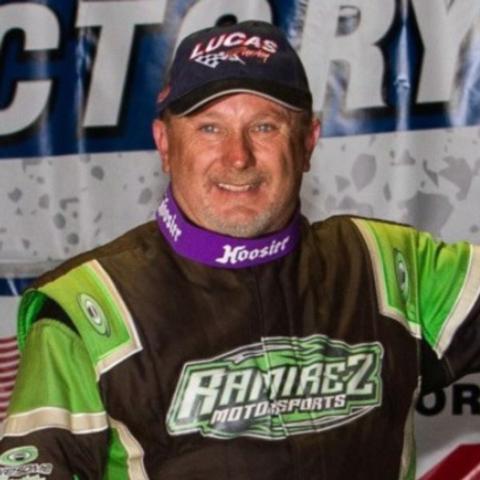 Jimmy Owens of nearby Newport is a local favorite in the World of Outlaws Bristol Bash. 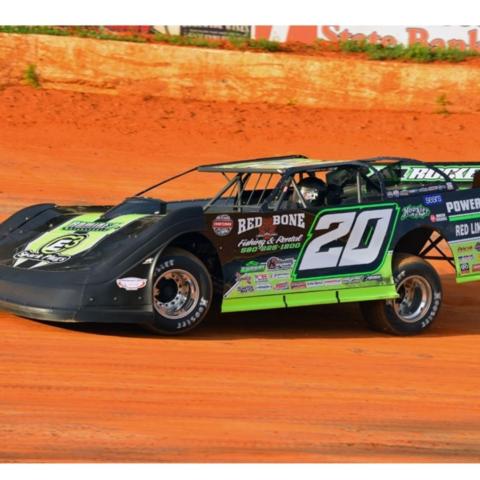 Jimmy Owens has won more than 600 feature races in his career in dirt Late Model racing and will be the one of the drivers to watch in the World of Outlaws Bristol Bash.

One of the headline drivers in this weekend’s World of Outlaws Bristol Bash is an East Tennessee native, and there’s nothing more than Jimmy Owens would like to do than grab those big paychecks and a couple of the famed BMS Gladiator Swords for taking checkered flags in the Morton Buildings Late Model Series feature races at Bristol Motor Speedway.

If there’s a home track advantage to be claimed among the more than 40 Late Model drivers who were invited to the Bristol Bash, Owens, from nearby Newport, Tennessee, will certainly have that advantage.

“I do have a lot of family and friends coming to watch,” Owens said. “It’s fun to perform in front of them, but at the same time its also nerve-wracking. You want to do your best for those guys and for some reason they seem to expect a lot from you. We’re just going to go out there and give it our best.”

Known as the “Newport Nightmare,” Owens has racked up more than 600 feature victories around the country and claimed four UMP Modified national championships before moving to Super Late Models, where he has also had great success. He’s won the $100,000 Late Model Dream at Eldora, the World 100 and in 2011 he claimed the Lucas Oil Series Late Model title.

Owens was competing in a modified two decades ago when BMS put down the dirt for the first time. From everything he’s seen so far with the Dirt Nationals and the Food City Dirt Race, Owens says he’s looking forward to a fun weekend of racing.

“With the speeds you get at Bristol, it’s a lot faster than we are used to running, and the cars come up on you really quick if a car wrecks or gets out of shape. You have to really be cautious of that. For the most part, it’s going to be fun, fast and you have to stay on your toes.”

Owens is riding a bit of momentum heading to Bristol this weekend. He won a World of Outlaws event at Cherokee Speedway in South Carolina at the end of March and ran strong last weekend at Tazewell Speedway in Tennessee.

“We have a good hot rod, we just need to get qualified and get through our heats really good so we can get a start up front,” Owens said. “ With an invitation deal like this it looks like they didn’t invite anyone but the very best cars. We’ve always got tough competition no matter where we race, but at an event like this with so many strong cars in the field, it makes it that much tougher. I feel like it’s going to be extremely important to get a good qualifying lap in.”

Owens says a win this weekend would be a chart-topper for sure.

“It would be awesome, mostly just winning in front of the hometown fans and my friends and family,” Owens said. “Locally it’s probably the biggest paying race we’ve had in quite a while. To win and bring that home and to do it at Bristol, it would be very special.”

He says the fans are in for a treat, especially those who may have never seen a World of Outlaws Morton Building Late Model race.

“The cars are super aerodynamic, they don’t look like your normal passenger car,” Owens said. “They are really something to see for the first time. I think there will be a lot of wow going on among the fans. The racing can be really, really good with side-by-side racing and a lot of slide jobs. I think the fans are in for some really good action.”

Already host to one of the largest dirt racing events in history with more than 1,200 cars competing in the Karl Kustoms Bristol Dirt Nationals in mid-March and a historic return of the NASCAR Cup Series to dirt racing for the first time in more than 50 years last weekend, everyone knows Bristol Motor Speedway is the “Home to Big Events.”

The versatile multi-purpose sports and entertainment venue that has been home to so many incredible wow moments during the past 60 years – including two World of Outlaws Sprint Cars weekends in 2000 and 2001 when BMS put dirt down for the first time – is ready to make even more memories with the World of Outlaws Morton Buildings Late Models and DIRTcar UMP Modifieds in the invitation-only field.

Fans can purchase their tickets today at www.bristolmotorspeedway.com. Reserved grandstand ticket prices are $35 Thursday; $45 each for Friday and Saturday; Kids (12 and under) tickets are $10 for each day. VIP Parking is available in for $10 per day.