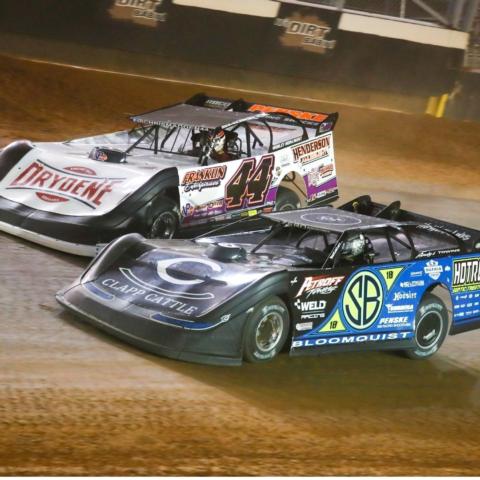 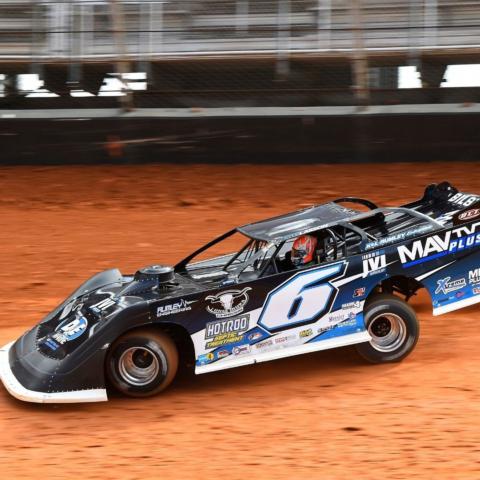 Scott Bloomquist scored finishes of second and 12th place during the opening weekend of action in the Karl Kustoms Bristol Dirt Nationals and the dirt racing hall of famer is ready to cash in on some of the big money that is still up for grabs during this weekend for the XR Super Series Late Models.

There will be feature races for the popular category on both Friday and Saturday nights at the dirt-transformed Bristol Motor Speedway. Each one of those races will offer a $50,000-to-win prize.

A massive $100,000 bonus is also on the table for the Super Late Model racer that averages the highest finish over all four of the XR Super Series Late Model events during the two-week event.

Last weekend there were 37 cars that attempted to qualify for each of the 24-car fields in Super Late Model. At least one more notable racer is set to join the fun this weekend. NASCAR champ Kyle Larson will make his Super Late Model return to Bristol in his No. 6 machine and plans to race on both Friday and Saturday nights.

Last year Larson posted a pair of second place finishes in the Karl Kustoms Bristol Dirt Nationals. He and Bloomquist put on quite a show for the fans racing side-by-side for the lead over many laps during the Saturday night feature that was eventually won by Jonathan Davenport.

Bloomquist, who earned a pair of Super Late Model victories at BMS back in 2001 and 2002 when the track was first converted to dirt, says he enjoys the challenge of racing on the half-mile high-banked bullring.

“First of all, it is a rush because you end up running a lot of laps without even lifting off the fuel,” Bloomquist said. “With the cubic-inch engines that we run in the car, as fast as we’re running around that place is serious. Your brain has to get up to speed and you’re downloading a lot of information really fast. I’ve always enjoyed the faster, the better. Bristol is absolutely one of my most enjoyable places to come and race.”

With more than 600 career feature victories on his resume, Bloomquist says racing at Bristol requires some pre-race adjustments and a take-no-prisoners attitude behind the wheel.

“There’s a different preparation that is necessary for Bristol, just because of the speed,” Bloomquist said. “Mentally, I’ve never been on a track that I thought was fast enough yet. I love Bristol, I love all the big race tracks.”

Last weekend’s Karl Kustoms Bristol Dirt Nationals $50,000 Super Late Model winners were Chris Madden on Friday night and Chris Ferguson on Saturday night. Both of those talented drivers also will be in the mix to take home the $100,000 bonus, as will Jonathan Davenport, who was consistent with a pair of fourth place finishes. Others to watch include Ricky Weiss, Devin Moran, Dale McDowell, Kyle Strickler, Brandon Overton and Newport’s Jimmy Owens, to name a few.

Spectator grandstands will open at 5 p.m. (April 1-2), and in addition to action in the powerful XR Super Series Late Models, there will be support racing in Street Stock and Factory Stock on Friday night and then on Saturday night the Super Late Models will be joined by the Hornets, 604 Late Models and Open Modified. The weekend race format for each class will include qualifying, heat races, last chance qualifiers and the main event features.

Grandstand tickets can be purchased online at www.racexr.com or at the gate, starting at $40 for adults and $5 for kids (12-under). Please visit the BMS website for information about camping and premium seating options.