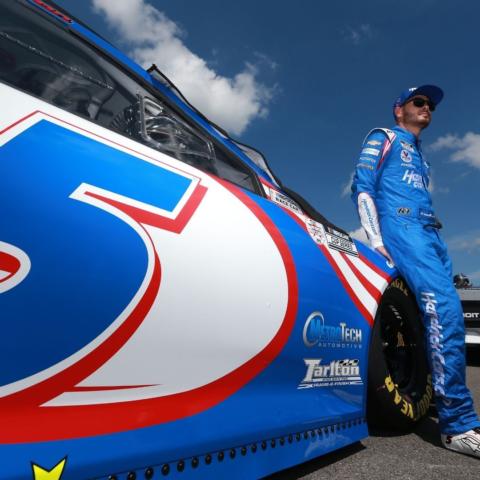 Cup Series regular season champ Kyle Larson, already in to the Round of 12, is looking for his first Bristol victory in America's Night Race. 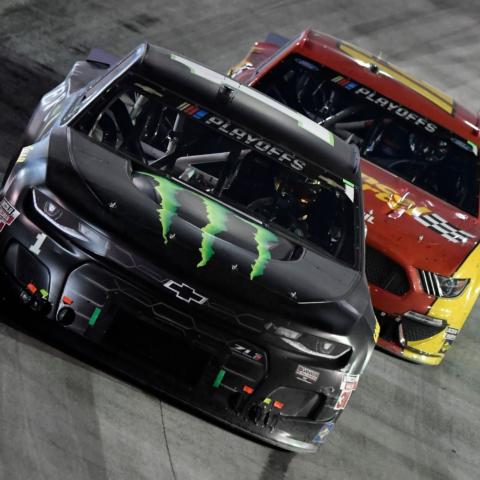 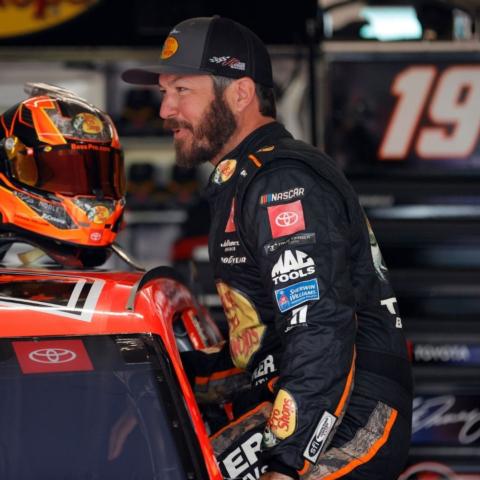 Martin Truex Jr., who has had his share of challenges at Bristol Motor Speedway in the past, is care-free this weekend as he is one of the three drivers who have already advanced to the Round of 12 in the NASCAR Cup Series Playoffs. 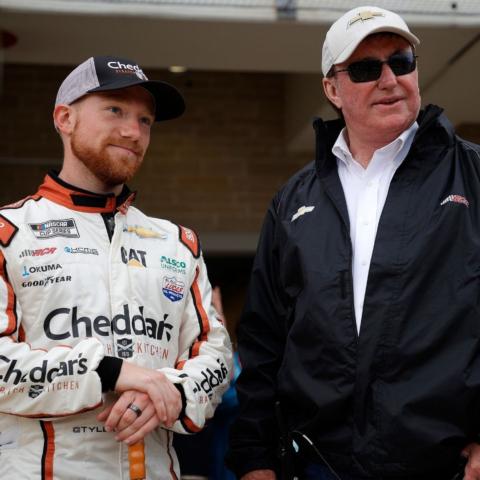 Tyler Reddick is 14th in the standings, 5 points out of the top 12. He will need a great run at the Bass Pro Shops NRA Night Race in his No. 8 Richard Childress Racing Chevrolet to secure his spot of the Cup Series Playoffs.

At least three drivers, Darlington winner Denny Hamlin, Richmond winner Martin Truex Jr. and NASCAR Cup Series regular season champ Kyle Larson are heading to The Last Great Colosseum knowing they are already locked into the Round of 12 Playoffs. There are 13 other drivers in the Playoff field who aren’t so lucky.

With the prospect for mayhem and chaos that lurks around every high banked turn at Bristol Motor Speedway, having a ticket that’s already been punched to the next round has to be a very comforting feeling for that trio at the Bass Pro Shops NRA Night Race on Saturday, Sept. 18 (7:30 p.m., NBCSN and PRN Radio).

Five-time season winner Larson, who is seeking his first Cup Series victory at Thunder Valley, is ready to let it all hang out in his No. 5 Hendrick Motorsports Chevrolet as he pursues adding his name to the list of legends who have claimed the iconic BMS trophy and Gladiator Sword at America’s Night Race.

“To go to Bristol and know that we’re locked in is nice,” Larson said. “We’ll try to be aggressive and get a win.”

Last week’s winner Truex, who will start on the pole Saturday night in his No. 19 Bass Pro Shops machine, has the same mindset. He also hasn’t won at Bristol in a Cup car and he would love to change that stat. His relationship with Bristol in recent years has been a rough one.

“Going to Bristol next week without any worries is always fun,” Truex said with a smile.

Hamlin, who has won the Night Race two times, in 2012 and 2019, and is currently atop the points order, also wants to keep on winning in his No. 11 Joe Gibbs Racing entry.

“Well, it's go time now," Hamlin said. “Ultimately it's the time where you've got to bring your best.”

The other 13 drivers in the Cup Playoffs will certainly want to bring their best to Bristol and try to advance. Food City Dirt Race winner Joey Logano, Ryan Blaney and defending Night Race winner Kevin Harvick are all in pretty good shape heading into the race. Meanwhile, Chase Elliott, Christopher Bell and Brad Keselowski have a bit of a cushion and the final seven drivers at the bottom of the standings will likely be fighting it out for the final three playoff transfer spots.

Of the mid-pack drivers, Bell says keeping his No. 20 car clean is a must to ensure a spot in the Round of 12.

“Bristol is a really good racetrack for our company and me,” Bell said. “It’s just you can get caught up in stuff so easily at Bristol. It's nice to have a buffer and hopefully we can go to Bristol and have an uneventful event.”

Kurt Busch, who had a bad wreck at Richmond in his No. 1 Chip Ganassi Chevy, is anchoring the 12th spot entering the race. Busch, who won the ‘Instant Classic’ 2018 Night Race and has several other BMS victories on his resume, just needs to keep the four drivers below the cutline behind him.

“I don’t know what we’re going to have to do at Bristol other than win,” said Busch who will start 15th. “Now we've got to dig out of this hole and give it our best.”

Just ahead of Kurt Busch are his brother Kyle and Aric Almirola. Kyle Busch, who has won eight times at Bristol and is the track’s winningest active driver, will need a special night in his No. 18 car to keep his playoff hopes alive. He is eight points in front of the cut-line. Almirola, who won at New Hampshire in the regular season and has run well at Bristol in recent years, will also need to keep his No. 10 Stewart-Haas Racing ride up front and out of any melees as he sits 11th in the standings, three points above the elimination line.

The bottom four heading to the challenging all-concrete high-banked oval includes Alex Bowman in 13th, followed by Tyler Reddick, William Byron and Daytona 500 winner Michael McDowell. Reddick is five points out and Byron is 18 back in his No. 24 Hendrick Motorsports Chevy.

Reddick, who faced a similar cut-off race situation just to make the Playoffs at the regular season finale at Daytona last month, is ready to give it all he’s got. The driver of the No. 8 Chevy for Richard Childress Racing will start 13th on the grid and feels like The World’s Fastest Half-Mile is a great fit for his driving style.

Meanwhile Byron needs to run up front and get some help to advance, but a victory could also suffice.

“We are going to just try to race hard and see if we can win it," Byron said. “That’s pretty much what we probably have to do. Bristol is an OK track for me. I feel like we’ll have a much better car there. We just have to get there and race as hard as we can.”