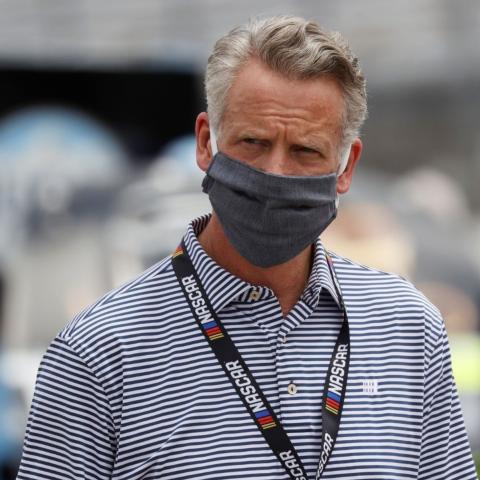 In the most challenging year in a history that has spanned more than seven decades, NASCAR racing has emerged stronger in the face of a coronavirus pandemic that interrupted the 2020 season, according to NASCAR president Steve Phelps.

“What I would say is that, on March 8th, we were a sport that was coming back, right?” Phelps said on Friday during a Zoom video conference with reporters. “Our ratings had stabilized last year. Our attendance was going in the correct direction.

“If you think about where we are as a sport today, I believe we're stronger as a sport today than we were pre-COVID. I believe that. I think that the momentum that we've been able to gain has been nothing short of incredible.”

On March 13, as coronavirus outbreaks multiplied the spread of the virus, NASCAR joined other major sports in shutting down. Ten weeks later, with a gerrymandered scheduled and a cogent plan for competing safely, racing resumed at Darlington.

With imagination, creativity and careful execution, NASCAR managed to stage a full-36-race schedule in the Cup Series. The 2020 season was one of discovery, as NASCAR ran races without practice and qualifying, doubled up at certain tracks and held primetime events midweek.

“(On Sunday), when we crown a champion in our Cup Series, we will have run all our races,” Phelps said. “We did it through ways that, frankly, probably we didn't think we could do, right?

“A bunch of midweek races. Three doubleheaders. No practice and qualifying. Things that were kind of significant in bedrock that we do, right? You come to the racetrack, you're here for three days, you practice, you qualify, you're on your way, right?

After champions in the top three national series are crowned this weekend at Phoenix Raceway, NASCAR faces considerable uncertainty as the 2021 season approaches, as do all sports. The Daytona 500 is scheduled for Feb. 14, 2021, but how the landscape will look at that point is still a major unknown.

To achieve that objective with respect to the competitors, NASCAR adopted one-day shows for each series to minimize the possibility of exposure to the virus. Next year, 28 of the 36 NASCAR Cup points races will be one-day shows. That will change to some degree in 2022 when the new NextGen race car hits the track.

“I would say whatever mad scientist would come up with a one day show would have been shot down pretty quickly,” Phelps said. “Really, it was from the pandemic. Really, it was from the industry coming together and saying, ‘Can you do it at race tracks, from an officiating standpoint?’ The resounding answer was yes, obviously.

“The great news is that the racing, again, arguably is as good as it's ever been. We have 28 one day shows next year, eight that we do not, (where) we're going to have practice and qualifying. What does that look like in '22 as we unveil a new car? Probably a lot more practice and qualifying. How much, and what does it look like? Really, it will be determined when we get a little closer to that particular season.”

Phelps said the urgency of dealing with schedule restructuring and devising protocols to keep competitors and other essential personnel safe within the garage forced the pausing of discussions with potential new manufacturers.

“We haven't had a ton of conversations with other OEMs during the COVID situation,” Phelps acknowledged. “They've kind of had their own issues with supply chains, making sure they're getting vehicles out.

“When the season ends, we'll start to kind of restart those conversations. Only a certain number of hours in a day. Those have taken a little bit of a step back—at least a pause, not a step back—but a pause. I think we'll ramp those discussions back up.

“Again, I'll go back to it. I think we are actually a more attractive sport today to a new OEM than we were back in March. I believe that to be true. It's not that we were not an attractive sport for them to make investments in our sport, but I think now more than ever.”

The 2020 season also was one of heightened social consciousness within the sport. With the activism of Black driver Bubba Wallace as a catalyst, NASCAR banned the Confederate flag on race track premises and reaffirmed its commitment to make the sport as inclusive as possible.

“We want them to feel part of this community. It's a fantastic community—it really is.”