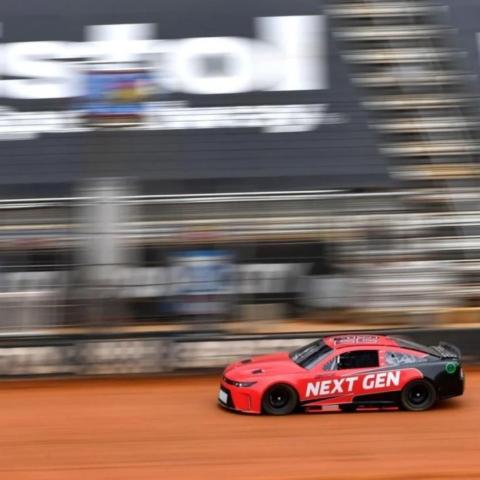 Charting a course for the Next Gen car’s maiden voyage at each race track in 2022 has presented drivers and crew chiefs with a unique set of challenges.

In an effort to reduce costs to the Cup Series teams, NASCAR introduced the Next Gen car to the sport at the beginning of the season and features Chevrolet, Ford and Toyota body styles.  The Next Gen offers improved aero and downforce packages and a spec chassis among its wide range of changes. The car also will be fitted with an independent rear suspension, exhaust on both sides, a rear diffuser, new wheel design, five-speed sequential transmission, carbon bodies and hood ducts, among other enhancements.

The Next Gen car has been praised by many drivers during the season’s first seven races and seven different winners have emerged. All of those races have taken place on superspeedways or longer short tracks.

And then there’s the Food City Dirt Race at the dirt-transformed Bristol Motor Speedway. The surface alone is an enigma to competitors who have risen through the NASCAR racing ranks solely on asphalt.

Throw a new car into the mix, and the majority of drivers have no idea what to expect when they turn on the lights at The Last Great Colosseum on Easter Sunday evening, April 17.

“I don’t know,” last year’s winner Joey Logano said. “I've never seen a dirt car with independent rear suspension before. So that will be different. The track is a little different, right? You've got a little progressive banking up top, so that may change it up a little bit.

“We’re racing at night, so that should help the dust factor a little bit. We’ll just kind of wait and see. Over time, we'll kind of be able to put all that together. Beats me. I'll figure it out.”

Camping World Truck Series regular Stewart Friesen tested the Next Gen car in December at Lancaster Motor Speedway—a half-mile high-banked clay oval in South Carolina. He also tested the car again at BMS yesterday after NASCAR made adjustments to the steering and suspension. With over 300 wins on dirt, the modified star was the perfect racer for the job.

“They're purpose-built pavement stock cars trying to put a show on dirt so there's a little bit of work to do,” Friesen said. “There's definitely a lot of differences with that (new) car. So we're going to try our best to get the car as forgiving as we can and do our best so the guys can go up there and put on a good show.

“But I think it'll be good. The tire itself is a lot better than what we raced there last year, so that's probably the biggest thing going into it right now. There's a couple options as far as the gear splits being a lot closer than it is with just a four-speed. There might be some adjustability there where you could use a lower gear to get off the bottom or a hollow gear to rip the top if it gets going that way.”

Despite his dirt lineage, third-generation racer Chase Briscoe finished 20th in the 2021 Bristol dirt race. Still, the Stewart-Haas Racing driver has taken a shine to the Next Gen car and remains cautiously optimistic after scoring his first Cup win at Phoenix in March.

“It's definitely interesting,” Briscoe said. “I don't really know what to expect, just because I've never driven a car that has that type of suspension on it. So how it drives on dirt and what you feel is probably totally different.

“The other big component is the tires. The sidewall is so much shorter and stiffer than what we had before, from a side-bite and lateral grip standpoint. It'll be totally different how the car reacts and the grip level that you have. So it'll be interesting.”

‘The cars last year adapted pretty well to the dirt stuff,” said the driver of the No. 48 Hendrick Motorsports Chevrolet. “I’ve never driven anything on dirt with independent rear suspension, so it’s going to be interesting to kind of learn about that and see how the steering rack is. Your main challenges are still going to be visibility and keeping the grill open--the things we fought with last year.

"I’m excited it’s a night race. I think that’s going to help everybody. I’m looking forward to it. I love dirt racing. While I couldn’t see an inch from my windshield last year, I still had a blast when I could see. Bristol is a really fun time.”

“I want to race more up there on dirt just to get better at it,” said Logano, who will also compete in Saturday night’s Pinty's Truck Race on Dirt. “But, again, I had a lot of fun last year. That was a freaking blast. It's so slick, and you're just trying to hook the tire up. That's pretty fun.”

Lee Spencer is an award-winning journalist. She's covered racing for the last 30 seasons and is currently the senior NASCAR Cup Series reporter for RacinBoys.com. Spencer is also a freelance contributor to Sirius/XM NASCAR Radio.