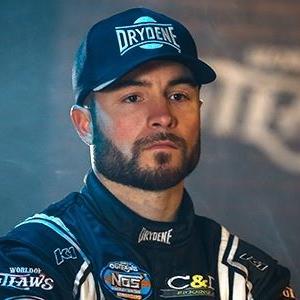 Logan Schuchart (pronounced Shoe-Heart) has 30 career victories in the World of Outlaws NOS Energy Drink Sprint Car Series and is among the favorites to win this weekend at the Bristol Bash at dirt-transformed Bristol Motor Speedway. 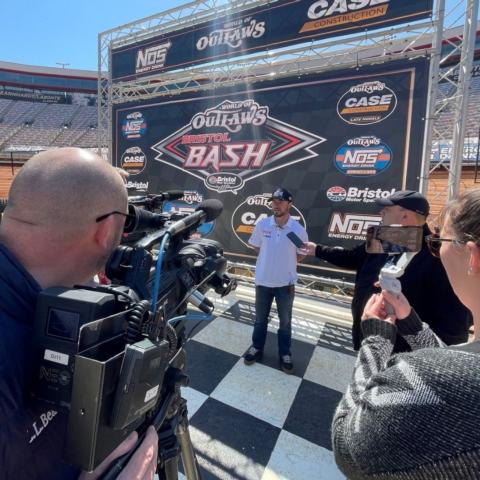 Logan Schuchart gave media rides today in the official Chevy Pace Truck and talked about his chances of winning the World of Outlaws Bristol Bash, April 28-30 at Bristol Motor Speedway. 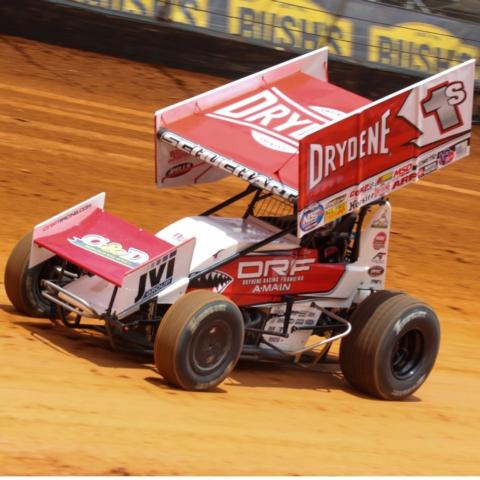 Logan Schuchart led 23 laps of the weekend finale feature last year before his engine broke, opening a path for David Gravel to lead the final two laps and win the race. This year Schuchart says his Shark Racing team should be fast and looks to pick up where he left off at the World of Outlaws Bristol Bash.

Logan Schuchart has scored 30 feature victories in the World of Outlaws NOS Energy Drink Sprint Car Series in his career. Last year at Bristol Motor Speedway the young racer appeared to be on his way to adding another win to his resume in the final feature of the weekend until his car broke with only a few laps to go.

When you look at the results of last year’s World of Outlaws sprint car visit to BMS, you’ll find Schuchart’s name in 19th and 20th in the pair of main feature races. The Pennsylvania native says those numbers only tell part of the story and he’s eager to get a little revenge on the dirt-transformed half-mile oval at this weekend’s World of Outlaws Bristol Bash, April 28-30.

“We were actually pretty fast all weekend here last year, we broke both nights and the stats are a little misleading,” Schuchart said. “We were leading the second day until a lap to go and blew up while leading. I hope to pick up where we left off last year and be racing up front and hopefully have some good runs.”

Schuchart says he was so close to getting a victory that he could almost wrap his hands around the iconic BMS Gladiator Sword that’s given to all winners at the legendary racetrack.

“It’s a new year and new race, but I believe we are right where we need to be,” Schuchart said. “To get our first win of the year would be awesome to get it here at Bristol. I try to win every race I can, but in a facility like this with 25-grand on the line it would be nice to hoist that trophy up at the end of the night.”

Schuchart is currently seventh in points with five top-fives and 10 top-10s in 15 starts this year. He says his DuraMAX/Drydene Shark Racing team is a win waiting to happen.

“It’s been going good lately,” Schuchart said. “We’ve been getting some momentum under us with some top fives and contending for wins, and I hope we keep that going this weekend at Bristol.”

Schuchart says Bristol fits his style perfectly and he’s glad that the World of Outlaws is back for another visit that he considers as unfinished business.

“I love fast race tracks,” Schuchart said. “It’s awesome to be in this facility. It is an awesome place and the fans are excited… As a driver you want to see the series keep growing. To come back last year and continue it this year the fans are excited and it means a lot to be able to race in a place like this.”

He says he kept an eye on some of the action that took place during the Bristol Dirt Nationals in March and the Food City Dirt Race weekend for the NASCAR Cup Series earlier in April. He says he liked what he saw with the way the cars in those events were able to spread out across the track for some exciting racing.

For fans who may have never seen them in action, the World of Outlaws NOS Energy Drink Sprint Cars are lightweight vehicles that tip the scales at 1,425 pounds with the driver and have large adjustable wings and large rear tires that help transfer the car’s power to the track. The 410 cubic-inch engines are loud and fueled by methanol and produce around 900 horsepower.

The weekend also will feature action with the CASE Construction Equipment Late Models, which are full-bodied, purpose-built race cars that headline arguably the most popular dirt track division in the U.S. and Canada. There is no cubic inch limit for the aluminum-head engines, but most teams use power plants of 400-430 cubic inches that produce over 800 horsepower. Dozens of builders construct dirt Late Model chassis, and the bodies of the cars are designed to resemble popular street-car makes from manufacturers such as Chevrolet, Ford, Pontiac, etc. The cars weigh 2,350 pounds and run on racing gasoline.

The Bristol Motor Speedway dirt conversion took place from January thru March and was highlighted by track operations crews putting down more than 23,000 cubic yards of dirt to cover the famous concrete race surface. The dirt was spread via satellite technology with sophisticated graders and bulldozers to get it in just the right positions. The BMS dirt track features 19 degrees of banking in the turns and has a race surface that’s 50-feet wide.

Fans can purchase their tickets today for the Bristol Bash at www.bristolmotorspeedway.com. Reserved grandstand ticket prices are $30 Thursday; start at $45 each for Friday and Saturday; $90 three-day weekend. Kids (12 and under) tickets are $5 for each day and $20 for the 3-day combo ticket. VIP Parking is available in for $10 per day.