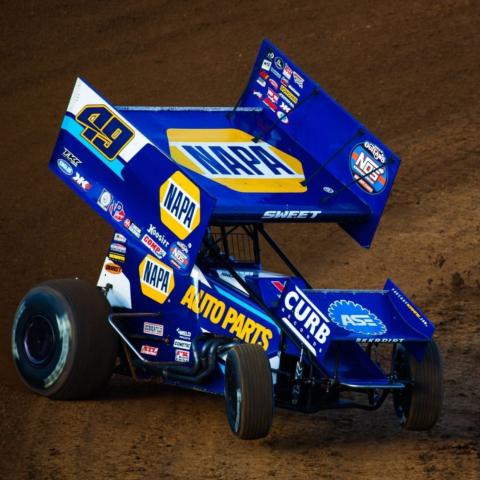 Brad Sweet is the two-time defending champion in the World of Outlaws NOS Energy Drink Series and a five-time winner this season. 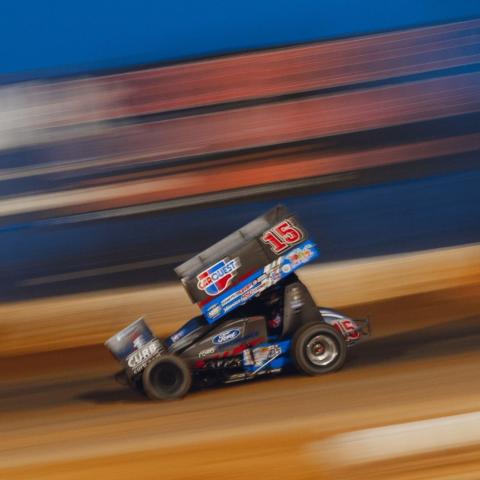 Donny Schatz is one of the most successful World of Outlaws Sprint Car drivers in history with 10 championship titles and 299 career victories. 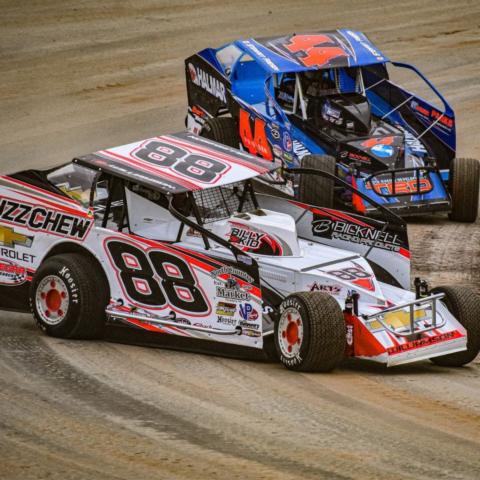 It’s been 20 long years since race fans in the Appalachian Highlands Region have been treated to the ultra-fast World of Outlaws NOS Energy Drink Sprint Car Series at iconic Bristol Motor Speedway.

On April 22-24 the “Greatest Show on Dirt” will make its much-anticipated return to Thunder Valley for the first time since 2001 on the dirt-transformed high-banks of The World’s Fastest Half-Mile. For fans who may have never seen the Outlaws in action, the NOS Energy Drink Sprint Cars are lightweight vehicles that must weigh a minimum of 1,400 pounds including the driver and have large adjustable wings and large rear tires that help transfer the car’s power to the track. The 410 cubic-inch engines are loud and fueled by methanol and produce around 900 horsepower.

A star-studded 38-car field is expected for the World of Outlaws Bristol Throwdown, including five drivers who competed in the historic World of Outlaws races at Bristol in 2000 and 2001. The Outlaws will be joined at the event by the popular Super DIRTcar Series Big Block Modifieds and drivers on both circuits will race for a pile of money, Bristol bragging rights, as well as a few highly-coveted BMS Gladiator Swords that will be given to the weekend winners.

One of the drivers who competed in the World of Outlaws Challenge back in the early 2000s was 10-time series champion and 299-time Outlaws winner Donny Schatz, who drives the No. 15 car for Tony Stewart. Schatz grabbed one of the feature victories at BMS in 2001, holding off Jeff Shepard and Sammy Swindell to take the checkered flag.

“The magnitude of it was surreal,” Schatz recalled. “It was a big ordeal. It’s a really unique setting, like it’s truly a colosseum. It was fast. We did a lot of things to cars back then 20 years ago to make sure they would withstand the speed and the banking…The idea is awesome. It’s certainly a thrill for many to be back.”

The other Bristol “veterans” who will be making a return are Jac Haudenschild, Tim Shaffer, Paul McMahan and Jason Sides.

Many of the NASCAR fans who attend the event will no doubt be cheering on Cup Series regular Kyle Larson, who will be at the controls of Paul Silva’s No. 57 machine in the Throwdown. Larson has been a frequent visitor to the Bristol dirt track this spring as he finished second in both Super Late Model features during the Bristol Dirt Nationals in mid-March and competed in both the NASCAR Cup and Truck Series races on dirt during the historic Food City Dirt Race weekend at the end of March.

Last year Larson competed in a bunch of World of Outlaws Sprint Car Series races, earning an impressive 12 feature victories. He will certainly be one of the pre-race favorites.

Fans can purchase their tickets today for the Bristol Throwdown at www.bristolmotorspeedway.com. Reserved grandstand ticket prices are $30 Thursday; $40 each for Friday and Saturday; $80 three-day weekend. Kids (12 and under) tickets are $5 for each day and $10 for the 3-day combo ticket. VIP Parking is available in for $10 per day. Guests are encouraged to purchase their tickets by Wednesday, April 21, to take advantage of a $5 advance-purchase discount.